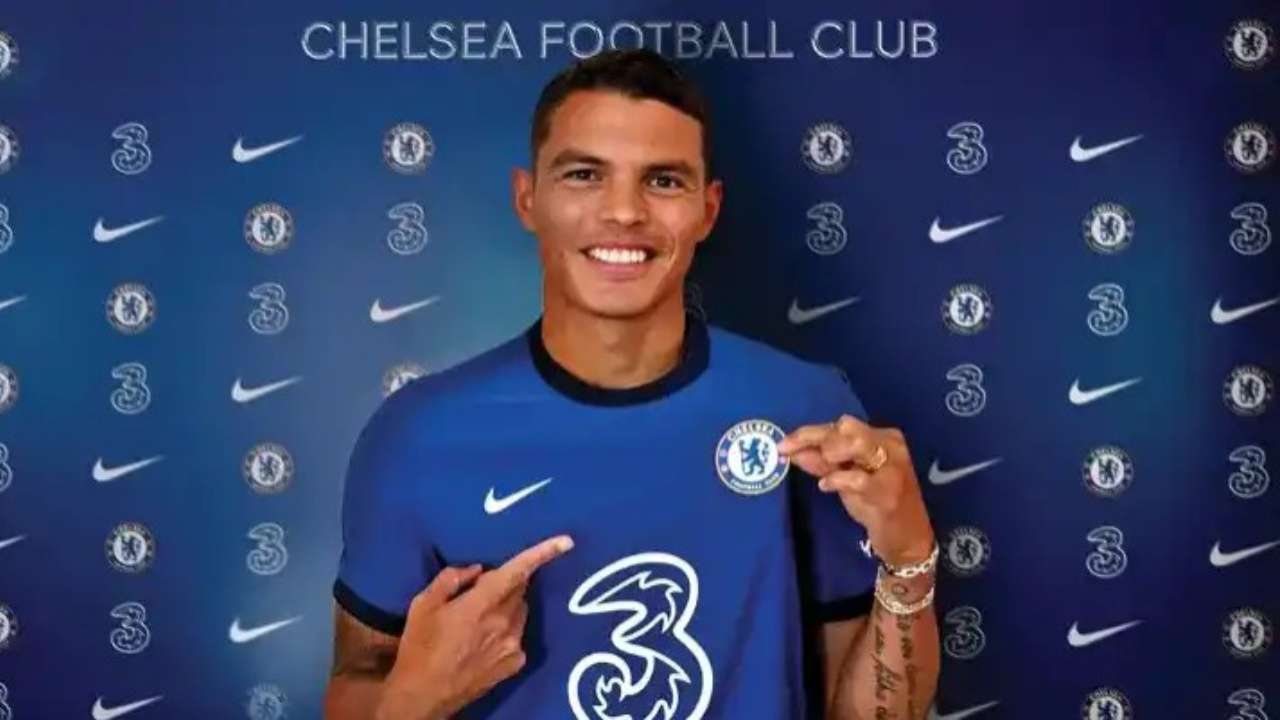 Thiago Silva is one of the most prominent figures in world football and he was in news in the summer transfer window as the 36-year-old made a switch from Paris to London securing a free transfer to Chelsea FC. The Brazilian center half is one of the most experienced players in his position and is considered second to none in reading of the game.

After a surprise move to the London club, which many did not see coming, many speculations did arise about what Thiago can bring in to a young squad during twilight years of his career.

Here we analyze how has Thiago Silva been successful over years and how can he help Frank build a squad to reckon:

Thiago is known most for his positional intelligence and marking the opposition. Chelsea like PSG loves to defend with a back 4 and defend high line with both full-backs pushing up and two center-backs and deepest central midfielder as the last defensive line. Chelsea last year did struggle a lot in the defensive half as they conceded 54 goals in 38 games in the league. Chelsea will expect a lot from Silva and try to get better in this attribute.

Thiago has experienced such tactics and is well aware how to hold defense and midfield together in this formation. With an impressive 3.85 tackles per 90 and one of the best %tackle past stat, it will be very difficult to get past the Brazilian.

Last season Chelsea were exposed to crosses from set pieces very effectively due to poor positioning and marking. Silva will surely be the solution to this as his aerial attributes help him win 3 out of every 4 aerial duels. Also with so much experience he can help his fellow Blues position well in the box and thus clear the ball.

At the time of writing, Thiago has started in 3 league games for Chelsea this season and has helped them keep 2 clean sheets. A French partnership with Kurtz Zouma looks effective and both have coordinated well in the heart of Chelsea’s defense.

Much like Thomas Tuchel at PSG, Frank also loves to build his play from the back. Silva being a perfect modern center half is well equipped to play balls across the field and control the temperament of the game. He has the vision and ability to play the ball anywhere on the pitch. He can combine with central midfielder to make progression or if there is no space down the middle, he has great accuracy playing the ball to the wingers opening the opposition defense wide open. Even if there is no pass available he can carry the ball up front on his feet until he gets a suitable passing lane open.

He completes 79 passes per 90 with a passing success rate of 95.2% which puts him at the highest ranks among ball passing center backs. Also an impressive 89.1% long pass accuracy helps his team clear midfield easily and make a quick transition from defense to attack.

Currently, for Chelsea he has 95.1% pass accuracy and has attempted more than 50 long passes already.

LEADER AT THE BACK

Silva is one of most coveted players in history having won 8 Domestic League titles and he recently guided PSG to the final of Champions League in the season 2019-20. He has led the team to win titles year after year. He might not get the captaincy armband straight away at his new team but surely will be the leader at the back. He can guide the young defenders at Chelsea and lead with example. He organizes the backline and helps pressing the opposition. He was awarded the Captaincy armband in his debut game for Chelsea as the Club Captain Azpi was on the bench.

Many tip him to lose his physical abilities and pace with age but you can never take off his intellectual abilities. His game reading and commanding experience reaches new heights with every game he plays and thus will be one of the most prominent figures at Chelsea this year. With so many attacking recruitments this year his signing has gone un-noticed but he might be the most crucial of the all.

Jack Grealish: A class apart
Luka Modric rules out an emotional return to Tottenham
To Top