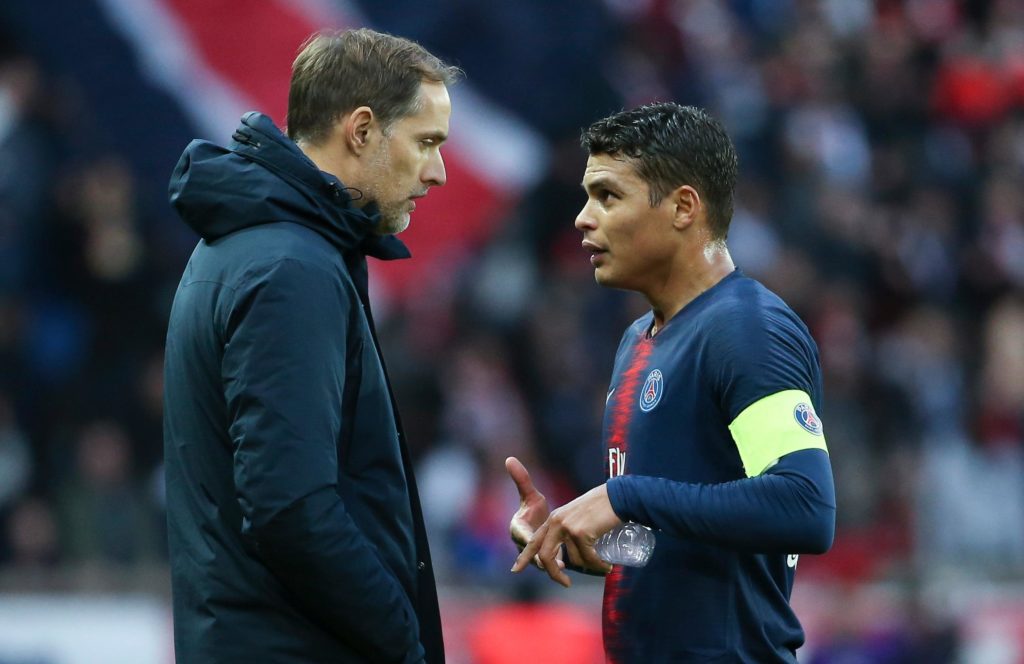 Sky Sports has reacted to the latest report on Chelsea’s move for Thiago Silva, as it has been revealed that Silva is set to undergo his Chelsea medical in Milan today.

The AthleticUK had earlier confirmed that Silva has agreed a one-year contract with Chelsea, which also includes an option of another year, that can be triggered by either side.

After Chilwell… today Thiago Silva has signed his contract with Chelsea, announcement expected soon.
Havertz deal with Leverkusen has ben agreed too – as reported on Monday. It’s just a matter of time.
Malang Sarr will sign until 2025 and he can be loaned out. 🔵 #CFC #Chelsea

Upon agreeing on a deal, the 35-year-old has successfully put in the final touches of his Chelsea deal in the past 48 hours and will be deemed to fly in to London on Friday to commence a compulsory 14-day period of self-isolation before teaming up with his new teammates.

Silva played his final game for Paris Saint-Germain after their UEFA Champions league final loss against Bayern Munich and became a free agent, following the club’s reluctance to extend his contract.

As Silva came closer to signing for Chelsea, upon the advise of the club’s head coach Thomas Tuchel, Paris Saint-Germain made a last-minute effort to offer the Brazilian international defender a new deal but Silva had obviously made up his mind to move to the Stamford Bridge.

Chelsea manager Frank Lampard have been clamouring for an experience and a vocal presence in the defense, with the backline comprising of mostly inexperience defenders like Kurt Zouma, Christensen, Fikayo Tomori and Rudiger.

With Frank Lampard in need of an experience figure, Thiago Silva would obviously be an astute addition, as he’s regarded as one of the fastest, calm and strong centre-back with goof aerial prowess in European football.

He has an impressive physical attributes, a superb technical intelligence and an excellent knowledge of the game. He reads the game well, anticipate plays from the back and he’s excellent at closing down his opponent in possession of the ball.

The 35-year-old Brazilian defender had been voted as one of the top two centre-back in Europe for three consecutive years during his prime.

With Silva’s medical coming up today, the Blues will be anticipating his involvement with the team as soon as his 14-days self isolation elapse.