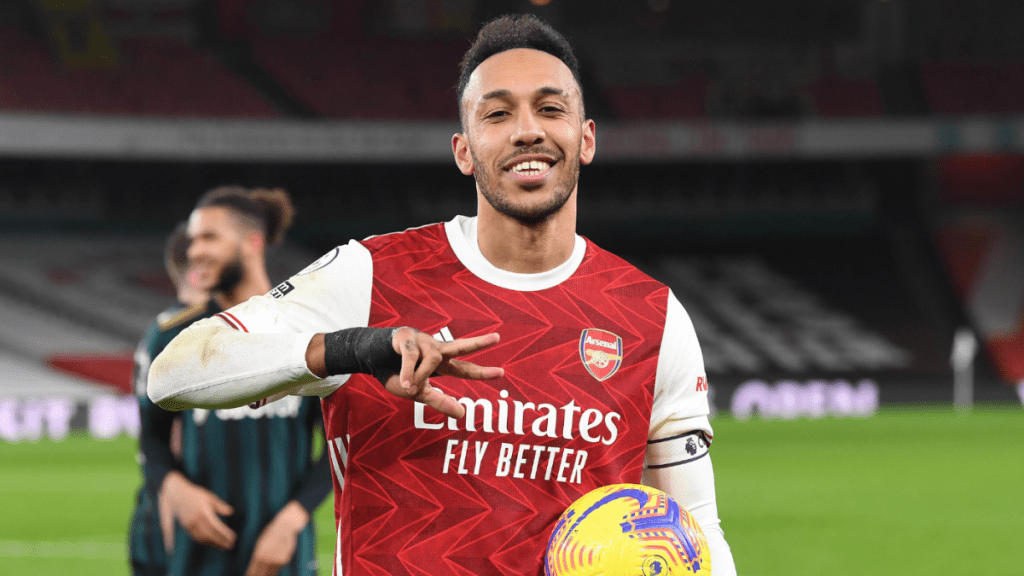 Arsenal returned to winning ways after two disappointing losses against Aston Villa and Wolves against Leeds United in a 4-2 thriller. However, more than the win itself, it was the performance of Pierre-Emerick Aubameyang, Arsenal’s captain, that must have impressed the fans and the manager the most. The former Dortmund scored his first hattrick for the Gunners while also hitting the post once. Mikel Arteta dropped Alexandre Lacazette to the bench to give the spot to his out-of-form captain and he justified his faith in style.

Here, I look at three reasons why Pierre-Emerick Aubameyang was able to stage a comeback against Leeds United:

While many don’t fancy him as a striker though he’s a great asset when played up top as it gives him the freedom to roam around in the half-spaces on both sides and try and impact the game from there while also allowing to take shots from his favored location, which is usually towards the corners of the penalty box.

Pierre-Emerick Aubameyang was finally playing with a lot of creative quality behind him in Bukayo Saka, right winger, Emile Smith Rowe, left winger, and Martin Odegaard, central attacking midfielder, all starting for Arsenal. The Gabon international has usually had to deal with a lack of creative talent behind, especially this season, so to have such creative outlets behind him surely helped him today.

Arsenal’s pressing intensity was impressive, to say the least, against Leeds United, which helped them regain possession higher up the pitch multiple times which allowed the space and time that Aubameyang needed to create a shooting opportunity for himself.

All in all, the return of Pierre-Emerick Aubameyang to the team and to form would prove to be extremely beneficial for the Gunners in their bid to qualify for the Champions League, through Premier League, which seems a rate=her difficult route now, and the Europa League.

How can Manchester City cope without Ilkay Gundogan?﻿﻿
Juventus ready to pay £78m for Spurs star Heung-Min Son
To Top