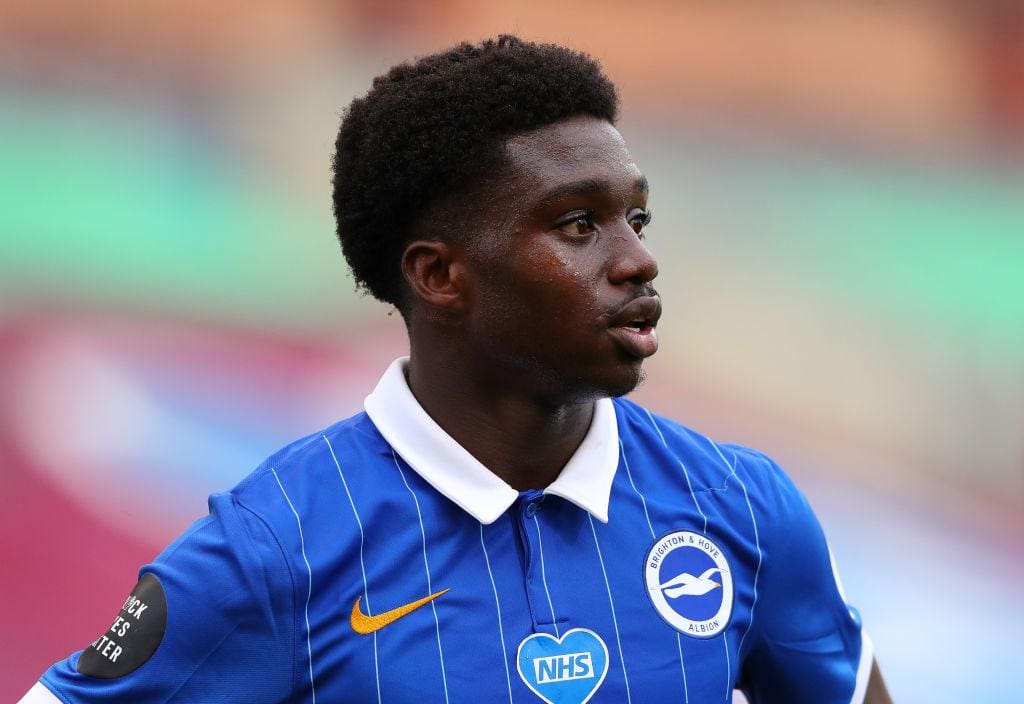 When Chelsea let go off Tariq Lamptey during this year’s winter window, it was definitely considered as a good business by many considering the youngster was not willing to sign a new long term contract at the Stamford Bridge.

However, Lamptey’s performance for Brighton & Hove Albion in their Premier League opener against his former club has left fans stunned about his quality.

Operating in the right wing-back role, the 19-year-old showed great charisma anytime he was with or without the ball.

But that was convincing enough to earn his a move to the Seagulls after refusing to commit his long term future to Frank Lampard’s team.

Lamptey went on to play eight games for Graham Potter’s team in the second half of the campaign, and grabbed his first assist to his name in a 1-3 loss to eventual league champions Liverpool.

The 2020/21 campaign has however started on a bright note for the teenager who demonstrated an impressive bit of his yet to come full potential.

Pace, footworks and recovery rate is one that every team would want from his full-back in this modern game, and to add that Lamptey possess the ability to drive forward and create chances for his side is also another plus to his talent.

Against Chelsea, who have had a great transfer business this summer, the youngster was expected to struggle in the game but that really may have been his best in an Albion jersey since making the move in January.

Lamptey managed 82 touches, won seven duels and was found in the final third of the opposition half on eight occasions, making six runs into the penalty box.

He ended up also getting an assist from two chances created although his team were unable to level up the scored with the match ending 3-1 in favor of the away side.

Considering his output, Tariq Lamptey has everything within his range to cause a worry or two for any opposition and establish himself as a top-notch.