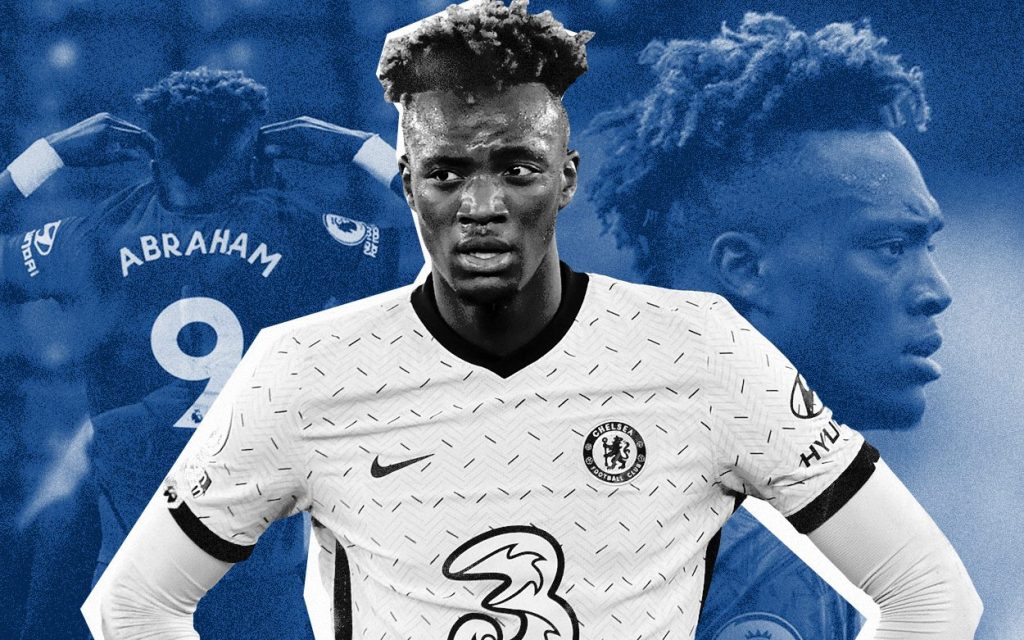 Rife with speculation about his future, Tammy Abraham’s career at Chelsea is now in doubt with the player a surplus to requirements for Thomas Tuchel.

When Tuchel arrived at Chelsea, the goal was clear. To secure Top 4 qualification and progress as far as possible in the Champions League. However, to achieve these things, Tuchel needed an in-form striker or brilliant wingers. While nobody besides Mason Mount has excelled beyond expectations under the German, Abraham was always going to be a doubt in a Tuchel system.

Chelsea’s current top Premier League goal-scorer this season, Tammy Abraham might not be at the club at the start of next season with the Blues looking to offload the player to fund a big-money move for a top European striker.

As per The Daily Mail, Chelsea wants to procure a top striker for next season with the likes of Erling Haaland, Sergio Aguero, and Romelu Lukaku all on the radar of the club. However, this will require Chelsea to offload some players and while Olivier Giroud might be out of the club at the end of the season, the Blues might also look to sell Tammy Abraham, who has so far not fared well under Tuchel.

While Abraham did start a couple of games at the beginning of Tuchel’s reign, the Englishman suffered an ankle injury against Newcastle United in mid-February, which has kept him out for the past two months, until Abraham made the senior squad again, last weekend against West Ham United. This prevented Abraham from having a fair shot of proving his talent to Thomas Tuchel, who in turn started using Kai Havertz and Timo Werner as his frontmen past Abraham’s injury. With the German duo performing reasonably well in those areas, Abraham does not look like a suitable option for that role anymore.

MUST READ: Move back to Spain or Chelsea’s No.1 – What’s next for Kepa?

Abraham has also neglected contract talks with Chelsea in the past year due to financial issues and constraints. However, the 23-year-old’s contract will be up next summer and if Chelsea wants to cash in on Abraham, now is the time to do so.

Abraham, a regular figure under Lampard’s reign at the club, was the club’s top goal-scorer last season as well, as the Englishman scored 18 goals and provided 6 assists in all competitions last year. Abraham has always been a great finisher while his aerial ability would be a huge plus for various European clubs. Abraham’s creativity is also severely underrated as the Englishman has averaged 2 key passes a game this season while also being crucial in linking up play with Havertz and Werner at the start of the season.

With Abraham one of the most potent forwards in the league, who are the potential suitors for the Englishman if he is to leave at the end of the season?

WHERE COULD TAMMY ABRAHAM MOVE TO IN THE SUMMER?

West Ham manager, David Moyes recently ruled out a move for Abraham after the forward was linked continuously with the East London outfit. With Chelsea valuing the striker at £40 million, Moyes feels that it is a hefty price tag and West Ham cannot afford to spend so much money on a single player. ‘It would rule us out completely,’ Moyes told reporters when asked about Tammy Abraham’s hefty valuation.

As per reports from The Telegraph, Chelsea are standing firm on the £40 million valuations of the forward and have also found many clubs who are interested in the 23-year-old. Leicester City, Newcastle United, and Aston Villa are said to be interested with some niche articles also linking the player with European clubs like Bayern Munich and Juventus, although a move outside England is highly unlikely for Abraham.

MUST READ: Chelsea’s defensive strength signifies they need NO ONE!

Abraham has had positive memories with Aston Villa, who he helped secure promotion a couple of years ago as the Englishman led the line successfully, scoring 25 goals in 37 appearances for the Villians in the 18/19 season. With Blues legend John Terry currently the assistant coach at Aston Villa, this move could happen which would satisfy all the parties involved.

Leicester could also be a viable option for Abraham as the Foxes could provide Champions League football to its players next season. Moreover, with Jamie Vardy not getting any younger, a potent forward is what Leicester will be looking for and Abraham certainly fits the bill.

Regardless of the club Abraham moves to in the summer, Chelsea will be hoping that they do not go on to regret letting one more star from the academy leave too soon, something they have done before in their recent past.