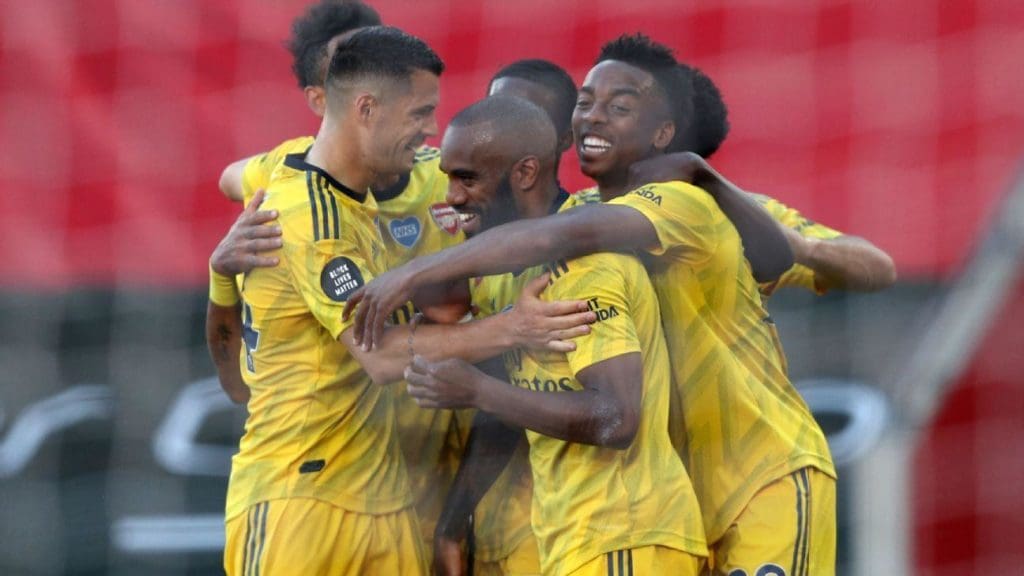 After losing the first two matches against Manchester City and Brighton, Arsenal, at last, made a comeback with a 2-0 win over Southampton. Granit Xhaka and Eddie Nketiah were brought into the lineup and both had a huge part to play in Arsenal’s win with Nketiah scoring a goal himself and Xhaka proving to be a key player for Arsenal’s midfield adding a much needed steel to it.

Many would be optimistic with Arsenal’s win, however, there are reasons to be still sceptical about their future prospects. Infact, it won’t be an overstatement to suggest there weren’t many major differences in how Arsenal played against Brighton and yesterday. The reason why they won is down to some key moments produced by individuals, whether that Eddie Nketiah’s goal or Aubameyang’s wonder sprint to win the penalty.

In fact, the Gunners were even more conservative than they were in the match against Brighton. Arsenal had far more touches than Brighton in that match, however against Southampton they had fewer touches than their opponents.

Here is a picture of their average formation throughout their match against against Southampton. In a formation of 5-2-3, Arsenal had an attacking front of Pierre Emerick Aubameyang, Eddie Nketiah and Nicolas Pepe. However, they overloaded the left-hand side immensely, infact so much that Pepe’s average position was behind Bukayo Saka’s average position, who was playing this game as left wing back. 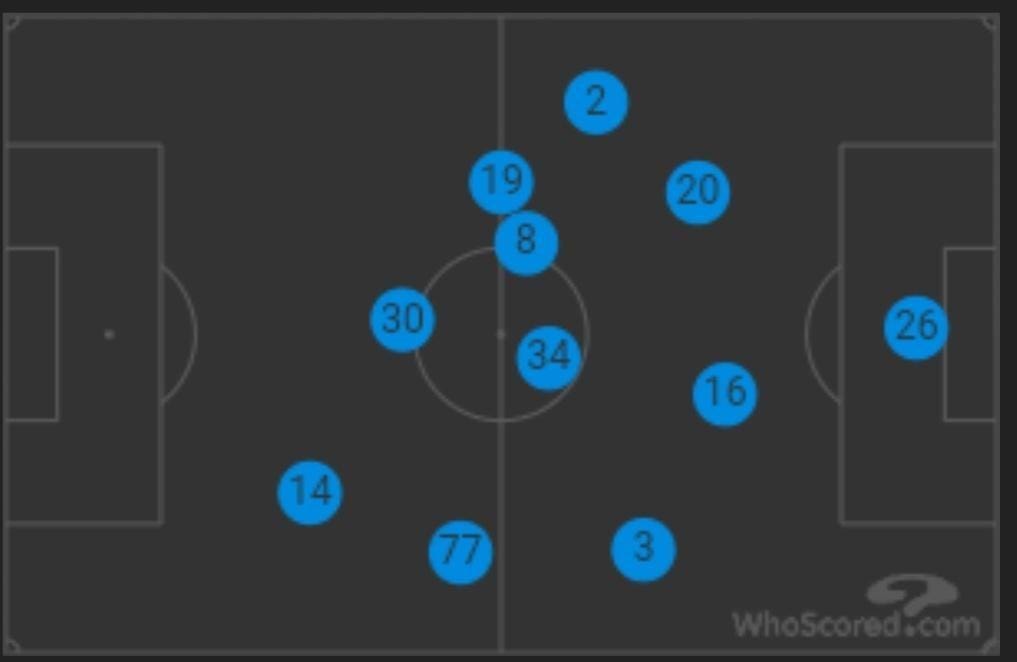 Only 18% of Arsenal’s possession was through the middle, which proved to be a big reason why the Gunners were never able to control the game and hold on to possession for long intervals. While their tactics to hit Southampton through long balls served them well however Southampton found a way out of it. In fact, the Saints were far more attacking in nature and dominated the Gunners throughout the second half. 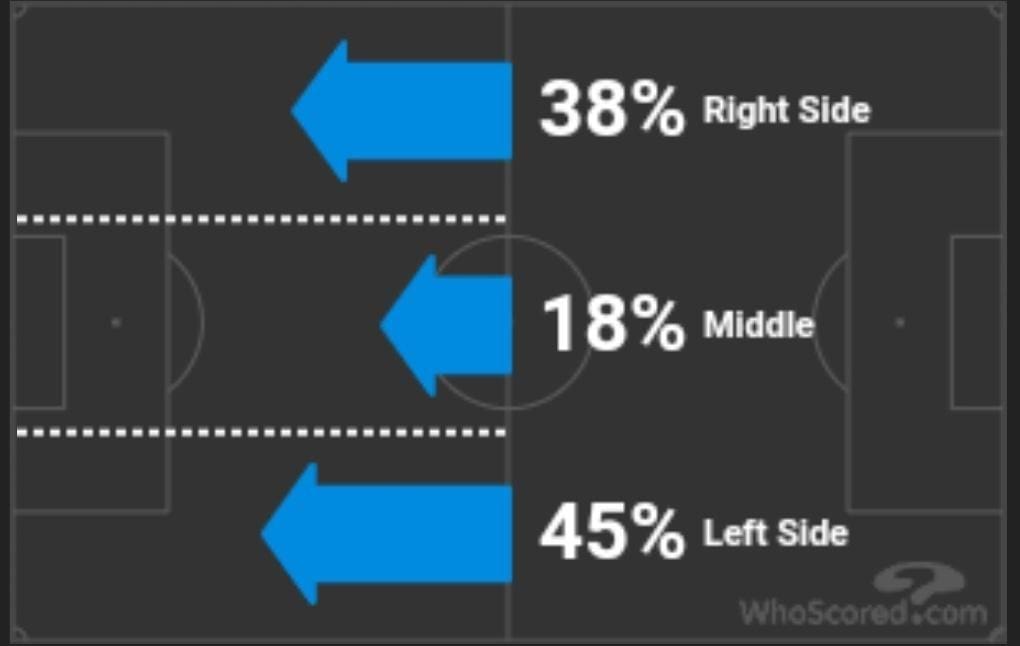 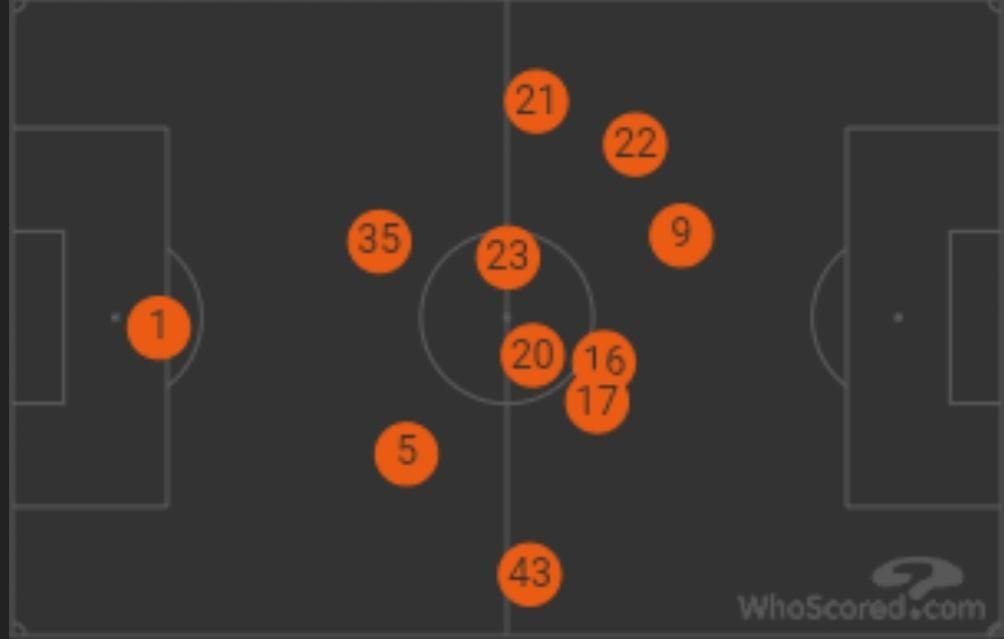 Arsenal’s tactics to start off looked simple, to attack either on counters or through long balls with the left side as it’s sole target as it was overloaded with Aubameyang as the left winger who was constantly cutting inside to create a goal scoring threat, while they had Bukayo Saka in the wing back role who was allowed the freedom to move into advance positions and feed Aubameyang with Kieran Tierney filling as the left center back who also turned in left back as times when Saka advanced.

However, these tactics were figured out by Southampton soon enough and they started overloading their right side thus neutralising the threat of Saka and Auba’s duo.

When they did so, Arsenal had absolutely no answer to it and were forced to rely on counter-attacking football throughout the second half.

Now the issue isn’t that they adopted such tactics but the fact that they had no other option but that as they were handicapped by a plan B that teams usually to nullify opposition’s change in tactics.

A primary reason for that was a lack of players who can hold up the play and control the game. Arsenal had no one to hold up the play with Pierre Emerick Aubameyang and Eddie Nketiah playing as the front two in the second half and neither of them are renowned for holding the ball up nor did they had a midfielder who could have manipulated with the ball and allowed the team to move up the pitch.

Granit Xhaka was playing as a defensive midfielder hence was very deep. Dani Ceballos, while really good through tight spaces, was once again found wanting when asked to dictate the play. Joe Willock, who was brought in the second half and also scored a brace himself was again someone incapable of playing the role of an outlet who could have controlled the game for Arsenal. Arsenal did have Mesut Özil in their ranks who could have controlled the midfield but once again like the previous three matches, the German didn’t get any minutes to play.

Mikel Arteta prefers to have players who are more dynamic with their movement but he has to acknowledge that they can’t go into a match against a big team without a central pivot who could control the game.

A lack of pivot will always invite pressure and a more skilful opponent will break through.

However, one aspect of Arsenal’s game which Mikel Arteta has had the most impact on is their defence and it was once again solid.

Special mention has to go to Hector Bellerin who was rather wobbly on the ball with just 71% pass accuracy but was terrific defensively.

Southampton had 47% of their attack on the left-hand side, where Bellerin didn’t really have too much support throughout the game with Pepe who’s not renowned for tracking back. Willock in the 2nd half did help him out but Bellerin had to get the plaudits for keeping Redmond & Co. at bay. 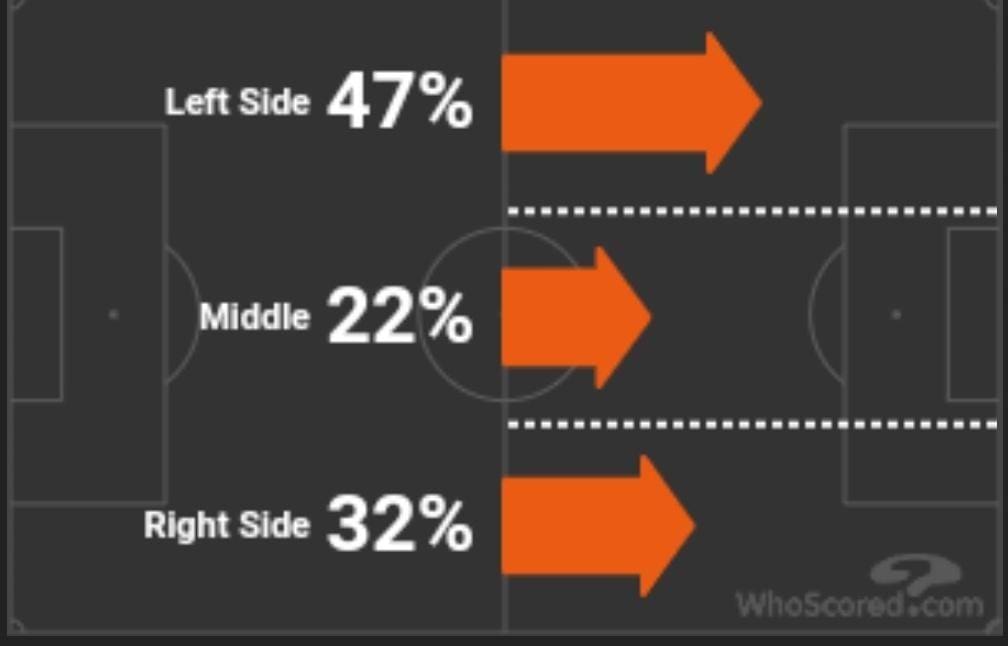 Arsenal’s shape was very impressive, Southampton couldn’t thread anything through them except for a few. The back three was organised very well with Holding taking up the central position. In fact he probably proved to be key to Arsenal dominating aerially.

All in all, Gunners get the three points they required. But Arteta needs to revert back to the 4-2-3-1 he was playing before the lockdown as soon as he can. Arsenal simply doesn’t have the players for 4-3-3.

How can Arsenal lineup against Sheffield United?
Top 5 reasons why Liverpool won the Premier League
To Top