Switzerland are the twelfth team to announce their 23-player squad for UEFA Women’s Euro 2022. The deadline for the competition is on June 26th, with La Nati announcing theirs on the 21st of June, just 5 days before the deadline. However, Nils Nielsen is able to make changes if there is a serious injury or illness, so this squad may still change.

Switzerland are in a tough group with Sweden, Portugal and the Netherlands all being good sides which will give them a tough time. Switzerland just played a friendly where they lost 7-0 against Germany, and they’ll have 1 more friendly against England (who just beat the Netherlands 5-1, so they could be going into the tournament with 2 heavy defeats, something which they won’t like much.

First of all, if you watched any of ‘Britain’s Youngest Football Boss’/’Squad Goals’ or just know of her from her influencer-style Instagram page, you may be wondering, where is Alisha Lehmann? Well, she decided not to go to the Euros in May despite being approached for selection, simply stating, “It’s a personal decision. I don’t feel mentally ready for a European tournament.”

Lehmann has played 34 games for Switzerland over the course of 5 years, spearheading their attack with crucial goals, such as a brace against Belgium to help them get a point from the 2019 World Cup qualifier 2-2 and another goal against Belgium to help them win a match to get to Euro 2022. So, it’ll be a shame to lose her and it will hinder their chances of progressing through the tournament (especially if they get Belgium!).

Lia Walti has been a staple in Arsenal’s side over the last 4 years, and so it’s no surprise that she’s making the Switzerland squad for Euro 2022. Walti will probably get her 100th international cap during this tournament, and so she’ll want this to be a tournament to remember for the Swiss.

Barcelona’s Ana-Maria Crnogorcevic and PSG’s Ramona Bachmann will hope to still create a deadly attacking force in the absence of Lehmann, who is widely known as Bachmann’s former partner. Crnogorcevic and Bachmann aren’t exactly the picturebook player or the faces you recognise at their current club, but will they be the stars for Switzerland this summer? 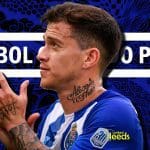 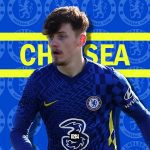