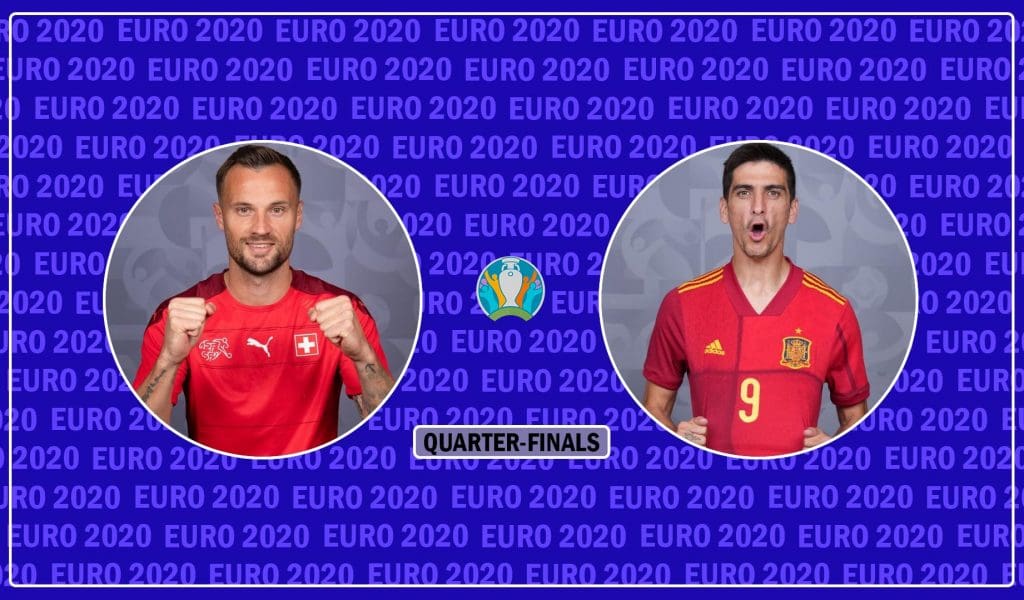 There are now just eight teams remaining in the Euro 2020, and after a thrilling round of 16 stage, football fans are more than ready to welcome the quarter-finals of this tournament. The first one sees underdogs Switzerland take on Spain. If Ro16 has taught us anything, it is that football has maintained its unpredictable nature and it shows no signs of slowing down.

Switzerland won the hearts of people all over the world with their show of courage and guts to defeat world champions France. They took the lead in the match going into halftime, but the world champions showed their quality and strength, with three second-half goals to take a 3-1 lead. The Swiss however did not give up and rallied together to score two goals in the last ten minutes to take the game into extra time.

After 30 minutes of extra time, it went to penalties and the Swiss were handed a shock win as a result of a poorly taken penalty by Kylian Mbappe, which was saved by Yan Sommer, to give a whole nation a night they would never forget. A first-ever European Championship quarter-final awaits them, and what a way to get there, defeating the reigning world champions in the process. All eyes will be on them once again as they look to cause another upset, although they have already punched well above their weight and will return home as heroes no matter the result.

Spain had a similar rollercoaster of a game in their Euro 2020 Round of 16 clash against Croatia, winning 5-3 after extra time. Like Switzerland, they went a goal down to Croatia in the first half but came back to lead 3-1 with 10 minutes to go, but Croatia scored two goals in the last five minutes to take the game to extra time. However, Spain’s quality proved too heavy for the Croats and they collapsed in extra time and Spain ran out as deserved winners.

This Luis Enrique-coached side did not look like favourites at the start of the tournament and many predicted them to go out in the Ro16. However, this young side has been in top form and now are among the predicted sides alongside Italy, Belgium, and England. The young players like Pedri have stepped up this tournament and it all makes for another fantastic game to come in the quarter-finals.

The Swiss will be without captain Granit Xhaka, who was excellent in the win against France, as he is suspended for one game for too many yellow cards. Other than this big miss, coach Vladimir Petkovic will have a full squad available. Defensive midfielder Denis Zakaria is expected to replace Xhaka in midfield.

Spain have no suspensions in their squad, and Luis Enrique will be contemplating about his team selection, with key players like Jordi Alba, Pau Torres, Sergio Busquets, and Rodri all a yellow card away from missing the next match. Manchester United keeper David de Gea, who is the second choice for his country behind Unai Simon, was reported to have sustained a thigh injury. Enrique will be wary about making too many changes, with this Switzerland side capable of taking advantage of that.

The young midfielder has been a class apart throughout this tournament and has shown why Luis Enrique has so much faith in him, who has benched Thiago to start him. He has commanded the midfield by moving the ball quickly, which is so important for the passing style of play that Spain are known for.

At just 18 years of age, he is already integral for his club and country. Although he played his part in that bizarre own goal against Croatia, he redeemed himself with a wonderful display for the rest of the game. His versatility makes him a great option in the midfield and he is expected to start and show his talent once again on an even bigger stage.

Retaining Jack Grealish is the profitable option for Aston Villa than selling him for £100 million
Belgium vs Italy: Match Preview | UEFA EURO 2020
To Top