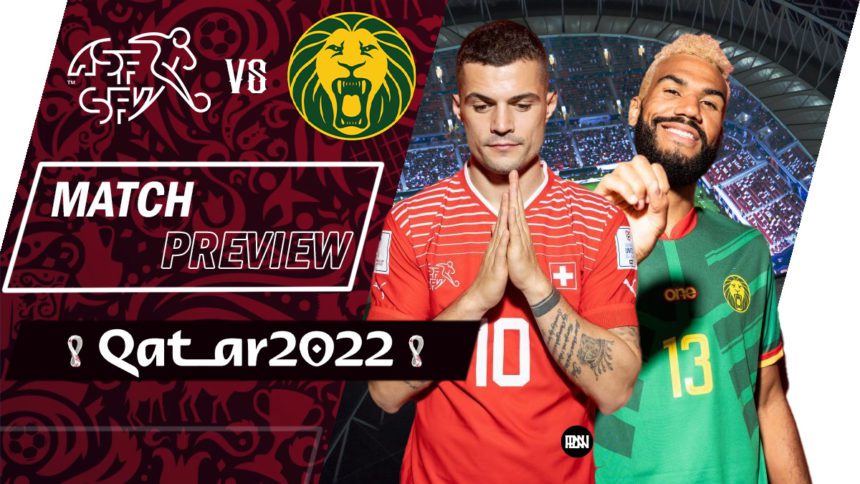 The magnificent World Cup has kicked off with a bang so far this year and the non-stop action continues with Switzerland playing Cameroon in Group G in Qatar. Switzerland had previously failed to advance past the first round of the knockout stages, but at last year’s European Championships, things were different as they shocked world champions France in the last 16 and advanced on penalties following a thrilling 3-3 draw in which Granit Xhaka was the star of the game.

With a team that still depends on important players like Xherdan Shaqiri and Granit Xhaka, the Swiss are the small favourites in this match. However, Cameroon has some talent, like Andre Onana and Andre-Frank Zambo Anguissa, and they are aware that a win here might offer them the chance to advance out of a difficult group that also includes Serbia.

Yann Sommer suffered an ankle injury back in October, but since he played against Ghana last week, he should be ready to go right away, even if he’s not entirely recovered. Along with the promising Embolo up front, Premier League talents Xherdan Shaqiri, Fabian Schar, Remo Freuler, and Denis Zakaria should all make an appearance.

Captain Vincent Aboubakar is slated to lead the line for Cameroon, who should have a complete roster to pick from. Bryan Mbuemo has joined the attacking ranks ahead of this tournament, giving Cameroon the appearance of having a completely healthy team to pick from. While Inter Milan goalkeeper Andre Onana has genuine quality between the posts, imposing Napoli midfielder Andre-Frank Zambo Anguissa will be a crucial force in the middle of the park.

At the European Championship the year before, they used a back three, however since their head coach changed, Switzerland has switched to either a 4-2-3-1 or a 4-3-3 formation. Switzerland is not a team with a lot of possession, especially against strong opposition. A solid defensive foundation will serve as the cornerstone for any success in this event. They had the best defence of any European team to qualify for Qatar, conceding just two goals, but statistics show that their rivals were setting up scoring opportunities.

Despite their strong defence, Switzerland lacks at the other end of the field due to the absence of a solid replacement for Embolo at position No. 9. He works best with a counterattacking strategy because he was a winger who switched to the striker. The Swiss frequently provide a threat to opponents, but they had the joint-lowest scoring total of any European team that qualified for these championships (15, with Spain). Only one other player scored more than one goal for them, and Embolo led the team with three.

The Cameroon team that competed at the Africa Cup of Nations last winter, which they hosted, was the ideal representation of what to anticipate in Qatar. They were third in terms of possession, first in terms of scoring, and second in terms of shots and goals from crosses, but they were eliminated in the semi-finals after drawing 0-0 and losing on penalties to Egypt. Cameroon performs best when they quickly advance the ball into wide areas; this can be done either by the goalkeeper playing long and winning second balls.

But those three players don’t play together very often. If they do, the team will likely be put up in a 4-4-2, although their 4-3-3, with Nicolas Moumi Ngamaleu on the other side and Toko Ekambi playing inverted on the left, is more common. Collins Fai overlaps right-footed right winger Ngamaleu from right back. Because both of them are skilled ball crossers, Cameroon’s uneven chance creation down that side can be explained.

Cameroon rarely defends well and gives up a lot of opportunities. Despite not playing against top-tier competition at the beginning of the year, they lost each of their first four AFCON games. They even needed a comeback in the second half to overturn a 3-0 deficit and defeat Burkina Faso on penalties in the third-place play-off. The usual midfield three for Cameroon, which features high wingers, gives opponents room on the flanks and frequently forces them to defend crosses. Cameroon was able to advance to the World Cup thanks to a stoppage-time equaliser in the second leg, but they struggled to press high and maintain possession against strong opponents.

Unsurprisingly, Granit Xhaka features on this list, following a brilliant club campaign for Arsenal in the league this season. Xhaka has usually been a very reliable player for Switzerland, offering experience, leadership, a great passing range, and being a threat from long-range and set pieces. There is no doubt that he will be the beating heart of the Swiss midfield and will be crucial to assisting his country at this year’s World Cup.

Since joining Manchester City in the summer transfer window, Akanji has proven to be a solid signing for the club, bolstering the side with a highly intelligent defender that reads the game effortlessly. Akanji’s passing ability, combined with his presence in defence, explains why he is the key man for Switzerland in the defence that holds the team together.

Bryan Mbeumo, a Brentford player who formerly played for France at the youth level, has now switched to Cameroon and made his national team debut in the September friendly. Although Cameroon has several good forward options, his directness, ball-handling skills, and last pass complement their attacking style. 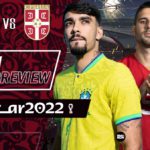