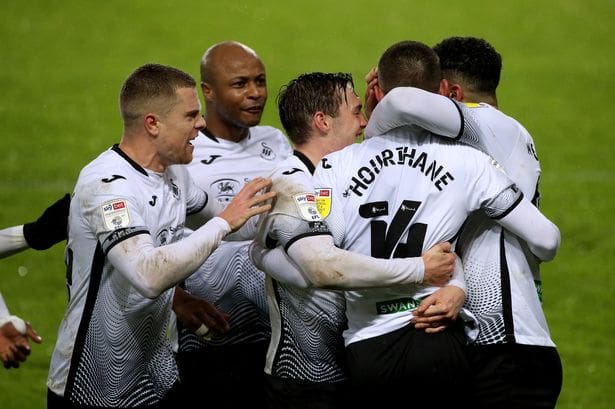 Swansea City host a threatening Manchester City side for the Fifth round of the FA Cup. Wednesday’s game takes place at The Liberty Stadium, familiar territory for the Championship side. However the sight of Premier League giants is an unfamiliar one for Swansea City who last faced Manchester City in the FA Cup back in 2019.

City who have made winning a part of their routine in recent weeks, will be favorites heading into this one as well.

Swansea are themselves in good form at the moment, sitting one point outside the Championship automatic promotion spots, thanks to a run of six wins and two draws in their last eight league outings. Picking up form at the right time, and building a side ready to take on the Premier League next season, the Swans are undefeated in 10 games, so they do have really good form heading into this FA Cup game.

The Swans should take note of City’s previous opposition (in FA Cup) Cheltenham who actually led against City, before Manchester City kicked into gear. Swansea could learn a great deal from that and be aware of the fact that City would have a heavily rotated squad which does mean that the City players will need some time to find their feet in the game and feel their way with passes in the first 15-20 minutes giving Swansea a healthy window to try and be a little aggressive and disrupt City’s rhythm and try to take a lead and then defend it with their Lives.

After rotating his side in the previous rounds, Cooper is expected to go with his strongest available lineup on Wednesday.

Conor Hourihane will be a definite starter, the striker has scored in all three league games since joining on loan from Aston Villa last month.

From Swansea City’s point of View this would be a really tough fixture, with the Swans having to do a lot of running off the ball, against a City side that likes to maintain possession. Pressing Manchester City could be inviting trouble, if the Citizens manage to beat the press, then they will leave major Gaps at the back that could easily be exposed with the quality that City have.

Swansea will need to have a really Good Plan, if they are to Pull off a miracle win.