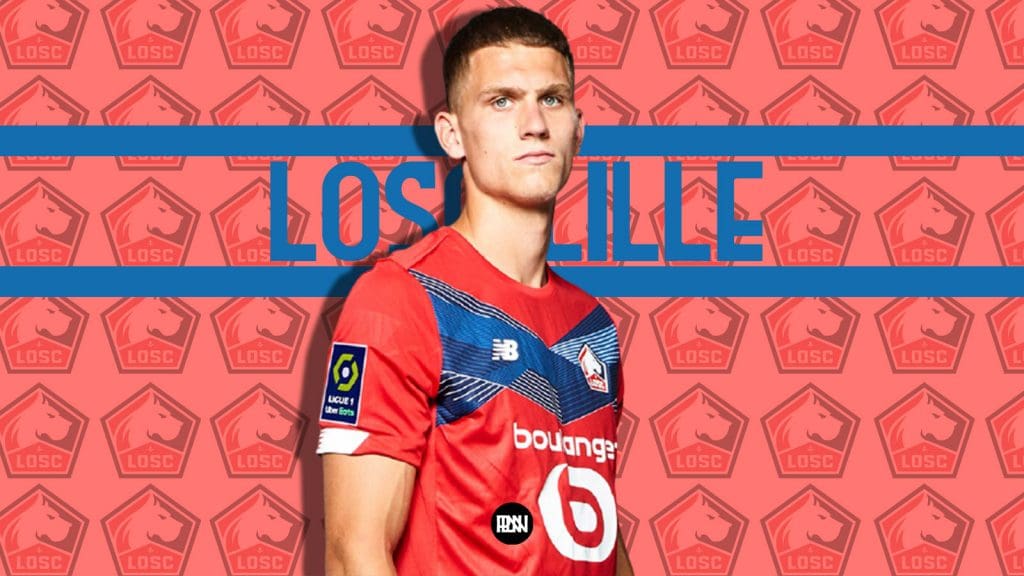 Amongst the hottest prospects in the transfer market this summer, Lille centre-back Sven Botman continues to attract the interest of numerous clubs across the continent, with the Dutchman likely to make an ambitious move this summer. Having been linked to several clubs since bursting onto the scene in recent seasons, the 22-year-old is expected to make the switch to the Premier League amidst strong interest from the likes of Newcastle United, Tottenham Hotspur, and Manchester United, amongst other clubs, this summer.

Moreover, having shown promising potential in recent seasons, the Dutch centre-back is likely to emerge among the most talked-about transfer, provided he seals a move to the Premier League this summer. With Botman likely to generate a bidding war amongst clubs interested in his services, the player will be keen on securing a move suited to his development, with many of England’s top-flight clubs likely to provide him with a platform to shine next season.

Botman’s most likely destination this summer, the Magpies will be looking to significantly bolster their squad as they aim for a top-half finish next season. Having been favourites to land the Dutchman last January, this time around, an ambitious Newcastle will be keen on securing his services ahead of the upcoming campaign.

With the club having impressively avoided relegation this season, Eddie Howe will be keen on receiving the backing needed to fulfil the club’s ambitions next season. In Botman, the manager is guaranteed to have an imposing presence in the backline – capable of spraying passes across the field – whilst serving as a menace to cope with on set-pieces owing to the Dutchman’s physical strength and aerial ability.

Moreover, with the potential to play on either side of the backline, Botman is expected to offer indispensable versatility and reliability in dealing with high balls alongside triggering counter-attacks owing to his long-range passing ability. Having shown genuine interest in securing his services, the Dutchman is likely to land in Newcastle if he moves to the Premier League, with the club keen on acquiring a marquee centre-back this summer.

With Antonio Conte keen on challenging for silverware next season, Spurs are expected to spend a substantial amount on transfers this summer. Having, reportedly, made an initial enquiry for the player, the Lilywhites remain keen on securing a centre-back this summer, with Inter Milan’s Alessandro Bastoni having emerged as a priority target for the North-London club in recent weeks.

Given Botman’s quality and the Spurs’ need in acquiring a left-footed ball-playing centre-back the 22-year-old Dutchman emerges as a tempting prospect for Conte’s project at the club. While the likes of Ben Davies and Eric Dier emerged as notable contributors to the team securing a top-four finish last season, Botman, arguably, offers the additional potential to a side in need of a refreshing and solid centre-back partnership over the coming seasons. Moreover, given the prospect of being paired alongside Cristian Romero at Spurs, Botman is only expected to improve his overall game under Conte’s tutelage.

While Spurs remain keen on securing the signing of Bastoni from Inter Milan, Botman is likely to remain on the club’s list of targets this summer. Provided the North-London club fail to land their preferred centre-back targets, a move to Tottenham could certainly materialise for the 22-year-old Dutch centre-back over the summer transfer window.

With centre-back having emerged as a priority position for Erik Ten Hag this summer, United are likely to recruit a promising defender ahead of the upcoming campaign. While the Red Devils remain focused on Jurrien Timber and Pau Torres as their preferred options at bolstering the backline, a late move for Botman could certainly be on the cards if United fail to land their foremost targets this summer.

While similar in his stature and attributes to Harry Maguire, at 22-year-of-age, Botman is yet to fulfil his potential moving into the prime years of his career. Moreover, being a centre-back keen on moving up the pitch in possession whilst also applying pressure on the opposition in high areas, the Dutchman boasts similar traits but retains better potential moving forward.

However, with the club having remained keen on securing the signing of Ajax centre-back Jurrien Timber, with Villarreal’s Pau Torres emerging as the backup option, a move to Old Trafford remains unlikely for Botman this summer.

Expected to undergo an overhaul in defence ahead of the upcoming campaign, Chelsea remain keen on securing at least two centre-backs this summer. With Antonio Rudiger having moved to Real Madrid and Andreas Christensen inching closer on a move to Barcelona, Botman has, reportedly, emerged as a target for the Blues as Thomas Tuchel looks to improve the team’s prospects next season.

With Thiago Silva, Malang Sarr, and Trevoh Chalobah emerging as the notable names to slot in at centre-back next season, Chelsea will be keen on splashing the cash in a bid to bolster their defensive options. While Sevilla’s Jules Kounde remains a priority target, the club are reported to have joined to race for Botman this summer. Moreover, with Tuchel in need of two centre-halves in addition to addressing the team’s lack of an out-and-out striker, the 22-year-old emerges as a tempting prospect on a feasible fee this summer.

However, with the team in need of a pacy centre-back capable of seamlessly slotting into a back-three system, it remains to be seen if the Dutchman moves to the London club ahead of the upcoming season.

Who is Kadeisha Buchanan? – Chelsea’s new Canadian international hungry for more trophies
Finland Women recently announced their Euro 2022 squad, so can they take everyone by suprise?
To Top