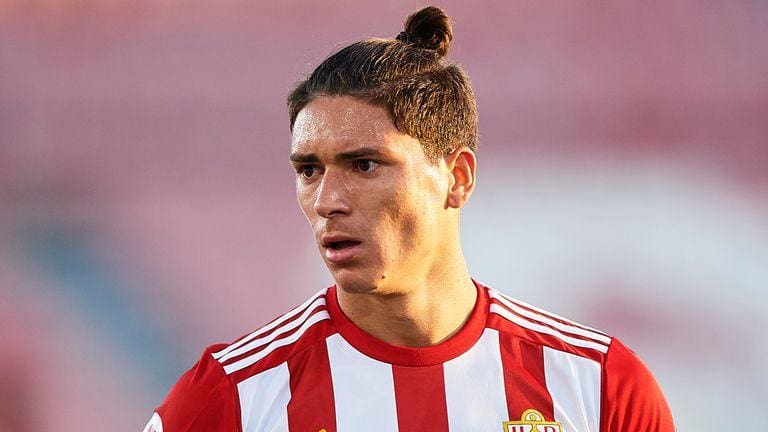 Southampton are reportedly considering a move for Almeria forward Darwin Nunez ahead of the 2020/21 campaign.

The south coast are hoping to build on their performance last season and fight for a top half of the table finish next season, and have identified the striker as a possible transfer target.

Nunez is believed to have attracted interest from Premier League clubs after impressive season with the Spanish during the 2019/20 campaign in Spain’s second tier.

The Uruguay international was in an outstanding form scoring 16 goals in 30 appearances for his side as they missed out on promotion to the Spanish La Liga. Nunez also contributed with three assists last season.

According to reports from English outlet The Sun, the Saints have submitted a £10 million bid for the forward as interest in him continues to grow.

However, Almeria are yet to make a decision on the bid made as they continue to anticipate more bids from interested clubs in their talisman.

It is also being reported that the Spanish outfit are hoping to make more profit from the sale of the Uruguayan than just accept the £10 million offer from Southampton.

Brighton & Hove Albion as well Sheffield United are also believed to be keeping tabs on the 21-year-old in order to make a move, but it is Ralph Hasenhuttl’s side who have taken the first step in trying to secure his signature.

Darwin Nunez received his first cap for his country last October, scoring on his maiden appearance for the south American country against Peru in a game which ended 1-1.

Considering the form with which he operated with this season, Nunez has an immense talent within him and it would only seem right to move to the St Mary’s in the transfer window to unleash his real power.

Southampton have already made two additions to their squad this summer with the signings of Kyle Walker-Peters and Mohammed Salisu.