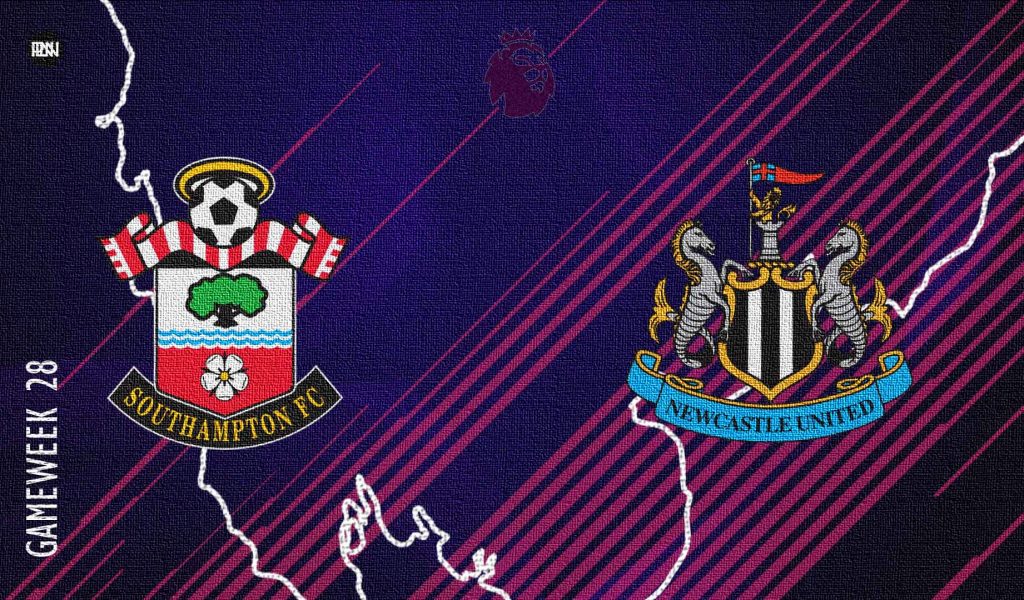 Southampton host Newcastle United at the Saint Mary’s Stadium with the visitors being in scintillating form having won 2-1 against Brighton and Hove Albion last time out. The Saints had a season to forget last time out after suffering a horrendous 4-0 thrashing at the hands of Aston Villa with ex-Saints player Danny Ings bagging 1 goal and 2 assists.

This mid-table clash will certainly be an interesting one with both the teams being in good form over the last 5 games with Eddie Howe’s men collecting 13 points from 15 and Hassenhutl’s men collecting 10 points. Newcastle United are unbeaten during the course of the last 2 months with the Magpies unbeaten in their last 8 PL games and their last defeat coming against the Champions Manchester City on the 19th of December.

The new signings made in January after the successful take over by the Saudi Arabia Public Investment Fund who are estimated to have over 500 billion dollars in assets and the financial backing given to Howe in the winter market is paying dividends for the club. Let’s take a look at the key players and injury news ahead of the game.

For the Saints, Kyle Walker-Peters is expected to return to the team after being benched against Aston Villa last time out. Shane Long and Nathan Tella are doubts for the game with Mohammed Salisu expected to get some minutes after coming back from injury.

The Magpies are enduring an injury crisis with Isaac Hayden, Jamal Lewis, Keiran Trippier and Callum Wilson all out for the game with long term injuries. Matt Richie is also expected to miss the game since he is nursing his knee injury. Eddie Howe will have one major injury boost in attack with Allan Saint-Maximin fully fit for the game after returning to first-team action against Brighton and Hove Albion.

The 25-year-old has been a different player under Ralph Hassenhutl this season with the Scot scoring 7 goals and assisting twice in 17 appearances in the league this season. The striker’s impressive off the ball work rate has been helpful for the Saints with the striker averaging 0.59 interceptions and 0.71 tackles per 90. His partnership alongside Chelsea loanee Armando Broja has been commendable with the duo contributing to 19 goals for the Saints.

The French winger is Newcastle United’s second-highest goalscorer this season with 5 goals and also has 3 assists this season. He is averaging 0.21 goals per 90 which is the 3rd highest in the squad. He has completed 4.73 dribbles per 90 which is the highest in the Premier League and is averaging 8.19 progressive carries per game. These stats highlight the winger’s ability to dribble past his opponent and be the biggest offensive threat on the pitch. The left side of Southampton has been vulnerable with Kyle Walker-Peters who is naturally an RB playing on that side to accommodate Tino Livramento who has impressed all season on the right side.