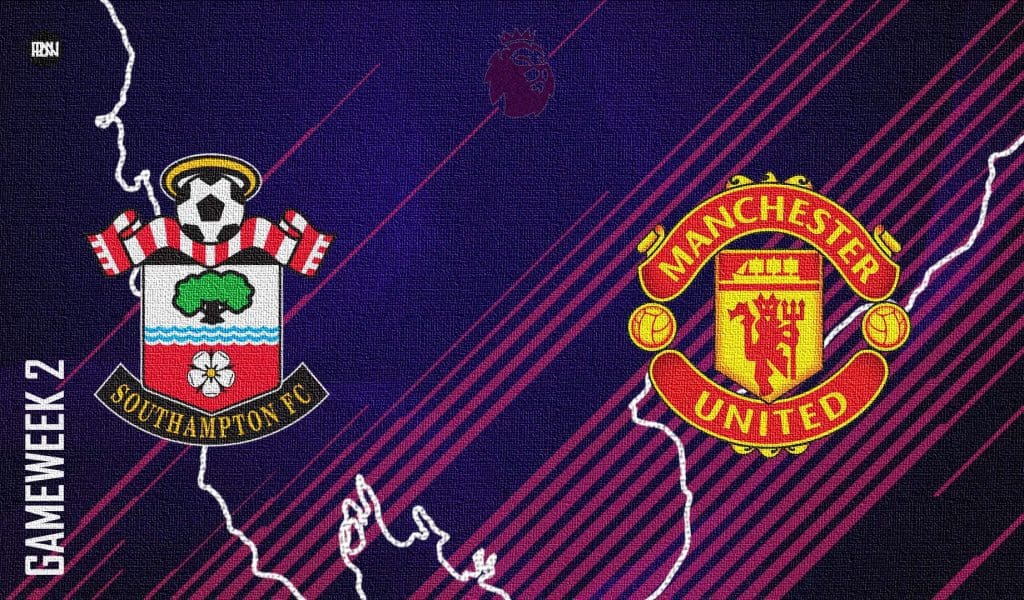 Southampton host Manchester United at the Saint Mary’s stadium for their first home game of the season as Ralph Hasenhüttl’s side look to bounce back following a 1-3 defeat to Everton on the opening game-week. On the other hand, United travel down south on the back of a trailblazing victory, which saw them swoop five goals past Leeds United last Saturday.

With fans returning to Saint Mary’s, Hasenhüttl will be hoping to get the better of Ole Gunnar Solsjaer in a bid to seek redemption over Southampton’s results against United last season. A 2-3 defeat at home followed by an excruciating 9-0 loss at Old Trafford saw the Saints fail to secure any points against the Red Devils. This, worsened by the departures of key players from last season, has resulted in a cautious atmosphere around Saint Mary’s ahead of the game later today.

Meanwhile, Solsjaer will be keen on continuing the momentum from last weekend. With key players in excellent form, the Red Devils will be hoping to avoid any hiccups at the start of the season. United head into the encounter as favourites as Southampton look to find their first points of the season.

Despite a disappointing outcome, Southampton’s new signings showed promising signs against Everton last weekend. Debutant, Tino Livramento put in an impactful shift at right-back while a glamorous finish by Adam Armstrong accounted for the Saints’ first goal of their Premier League campaign.

Will Smallbone will not be part of the travelling squad, having suffered a long-term injury, while Jan Bednarek is expected to return at centre-back. Hasenhüttl will have the same pool of players from last weekend, provided none sustain an unfortunate injury ahead of the clash against United.

Having officially confirmed the signing of Raphael Varane, United fans are eager to see the French defender feature this weekend. Additionally, with Amad and Eric Bailly returning from international duty, Solsjaer has a formidable squad at his disposal. Though Marcus Rashford, Alex Telles, and Dean Henderson will not likely be part of the match-day squad, Edinson Cavani’s return to training is a boost to United’s frontline, though the Uruguayan is likely to sit out of the starting line-up later today.

Jadon Sancho and Varane are in contention to find a place in the starting XI with both players yet to play the full-ninety in a Manchester United shirt. United travel to Saint Mary’s with new additions, having not sustained any unfortunate injuries to squad members ahead of their game later today.

An exquisite performance by Edinson Cavani saw United come back from a two-goal deficit to secure a 2-3 victory, in their first fixture against Southampton, while a 9-0 hammering in the return fixture at Old Trafford saw the Red Devils’ comprehensively secure a double against the Saints. With United significantly stronger in every department and Southampton likely to find it difficult to cope with their attacking prowess, many expect the result to go in favour of the visiting team.

Hasenhüttl will be looking to apply pressure on United’s midfielders, thus, hoping to win duels in the midfield and launch attacks from the halfway line. Owing to their high-pressing, possession-based football, the Saints’ will be looking to defend deeply and win the ball further up the pitch. Additionally, with James Ward-Prowse on set-pieces, the Saints’ will be keen on making the most of dead-ball situations, thus, aerially testing United’s backline.

On the other hand, United are likely to crowd the attacking third, hoping to create chances from the flanks and the central areas of the pitch.  With both, Bruno Fernandes and Paul Pogba the stand-out players from last weekend, the duo will, once again, be expected to run the show on the pitch. Provided Varane and Sancho find a place in the starting XI, many expect the Red Devils’ to avoid any disappointment later today.

Having failed to keep a clean sheet against Leeds, Maguire will be hoping to keep the Saints at bay later today. The club captain’s imposing presence in either box is an indispensable asset, with Southampton likely to crowd on set-pieces in a bid to get on the scoresheet. Maguire will likely be tasked with marking Southampton’s physical centre-backs on set-pieces and, possibly, linking up with his new partner in Varane at centre-back.

With Adam Armstrong and Che Adams likely to play on the shoulder of United’s centre-back, Maguire’s communication and commanding authority will be key to the Red Devils’ performance on the pitch.

Ward-Prowse’s work rate and tenacity will be a key component of Hasenhüttl’s plans to counter Solsjaer’s set-up in the midfield position. In addition to his technical ability and range of passing, the Englishman also boasts an energetic engine to carry out his defensive duties with admirable rigour.

Ward-Prowse’s delivery on set-pieces and his ability to open up defences will be vital to Southampton’s goal-scoring opportunities against United. Though Solsjaer’s backline will look to block the opposition’s creative channels, the Saints will be dependable on Ward-Prowse’s to create the chances in the attacking third.

Hakim Ziyech provides something different to Chelsea – Tuchel has to find a way to slot him
How can Lyanco fit in at Southampton?
To Top