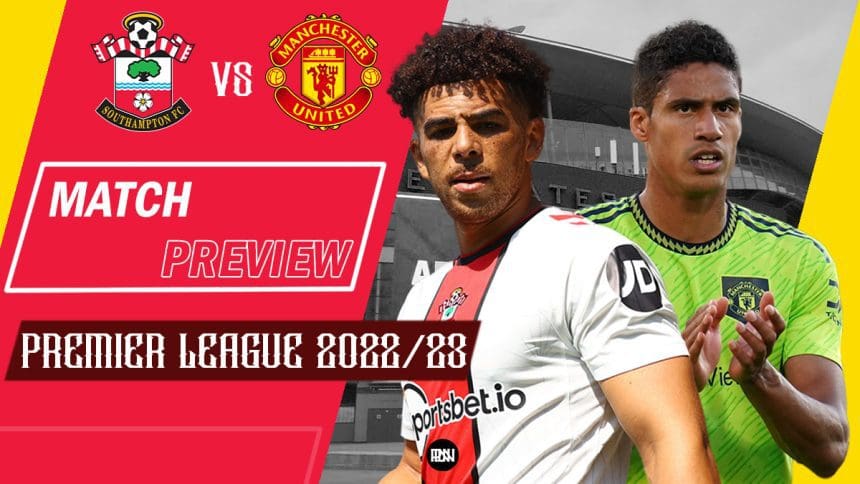 Manchester United will play Southampton in the Premier League on Saturday at noon, with Man United trying to build on their significant victory against Liverpool on Monday night.

Erik Ten Hag brought with him an air of optimism and expectation when he was announced as Manchester United’s manager following a disastrous 2021-22 season which saw the team struggle to keep up with its fiercest rivals. A strong preseason showing further reinforced the feeling that the club is onto something, but come the Premier League and a reality check was served. Manchester United lost the first two matches versus Brighton and Brentford.

Notwithstanding, they put up an amazing performance versus Liverpool and beat them 2-1 in quite an energetic display. However, it remains to see if this win symbolizes Ten Hag’s start of a successful stint at United or does it show the team can only score on the counter against the big teams.

Manchester United were at their absolute best, with every player contributing to the win. The match probably cemented the defence with all four having a great game. McTominay also had a controlled game with Eriksen and Bruno too being effective in creating. Rashford and Sancho both got on the scoresheet and Elanga shone in the first half before being replaced by Antony Martial who had a great game too. So far, their singings in Malacia, Martinez and Eriksen have all impressed and the addition of Casemiro can only strengthen this team. The signing of Antony seems inevitable with the player pushing for a transfer having stopped training and participating in matches.

Southampton are above Manchester United in the league, with one draw, loss and one win. Just as they were looking to record two consecutive draws, Che Adams scored the winner to beat Leicester City by 2 goals to 1. He scored the first equalizing goal for Southampton too, following an opener by Leicester’s James Maddison. Southampton in no way dominated the play and were barely visible in the match before Che Adam’s introduction. Five of Southampton’s signings in Sekou Mara, Aribo, Lavia, Bella-Kotchap and Bazunu started the previous game and will look to impress in the next game too.

The Red Devils aim for a much better showing in the league as compared to last season and hope to obtain a Champions League place this time around. The Saints on the other hand have rarely put in a fight in the Premier League and finished in the top ten last in 2016-2017. They have always had a half-decent team and their lack of competition has always been surprising.

When going head to head, Manchester United have beaten Southampton 67 times, drawn 36 and lost merely 28. They have not lost at the Saint Mary’s Stadium since 2003 and have not lost versus them since 2016. Their 9-0 thrashing in the 2021 season is still fresh in the memory, but last season Southampton held United to a draw on both occasions.

If Manchester United carry their previous game’s form into the next match they can beat Southampton comprehensively.

After just leaving Real Madrid, Casemiro should be available for Manchester United. The midfielder, who was introduced on the field before the victory over Liverpool, may make his debut on the south coast. However, Ten Hag may be inclined to stay with the midfield trio of Scott McTominay, Christian Eriksen, and Bruno Fernandes after such a strong showing on Monday.

Trent Alexander-Arnold had significant problems in the wide areas when Anthony Elanga started the game against Liverpool. It’s unclear if the Swedish player’s withdrawal at halftime was motivated by strategy or an ailment. On Monday, Anthony Martial will most probably take over for Elanga and may get the season’s first start. Marcus Rashford will probably be moved out wide if he participates.

Cristiano Ronaldo is another possibility through the centre, although he, like captain Harry Maguire and former Southampton player Luke Shaw, will most likely start on the bench. United’s sole known injury worry ahead of the encounter is Victor Lindelof, who has yet to play this season, but following the duo of Martinez and Varane, it is unclear how often Lindelof will actually feature even when fit.

While Tino Livramento continues his long-term rehabilitation from a major knee injury, fellow fullback Romain Perraud is dealing with a groin ailment that is more serious than Southampton’s medical team initially suspected.

Ralph Hasenhuttl was free to shuffle his team for their midweek cup win, starting Che Adams following his goalscoring cameo as a substitute against Leicester the previous weekend. The Scotland international scored again, and with 4 goals in the last two matches, Adams is perhaps pushing his way into the starting lineup on Saturday.

Erik Ten Hag seems to have settled on a 4-3-3 and 4-2-3-1 hybrid formation and following the previous match’s performance coupled with Casemiro’s arrival and Martial’s return, this team practically picks itself. Ten Hag will look to control the game much better than they did versus Liverpool wherein his team had merely 30% of the possession. Manchester United were able to exploit Liverpool’s high defensive line and win the match on the counter, something which they will not have the luxury to do versus Southampton. Their key creative players in Eriksen, Bruno and Sancho will have to be at their best to break down the opposition’s defence with wing backs Malacia and Dalot also expected to make their contribution.

Scott McTominay played a crucial role in the win versus Liverpool but he is something like a one-dimensional player with his role to solely bring down the opposition and break up play. While that is Casemiro’s strength, he not only does it better but also provides a certain level of creativity which can come in handy versus Southampton, warranting a debut this weekend. Martial’s hold-up play will be very critical and although he in no measure possesses Ronaldo’s finishing he can offer far more than just that by bringing Rashford, Sancho and Bruno into play.

Southampton will now consider Che Adams as a must-play after 4 goals in his previous 2 matches where new signing Sekou Mara failed to make an impact. The Saints have an absolute weapon in James Ward Prowse. Pep Guardiola was quoted saying “Southampton have the best free-kick taker I have ever seen or at least in the world right now. He’s so good that maybe you miss a little bit about the football player. He’s a team player with great quality, without the ball and with the ball. He really understands the game but it’s his free-kicks, set-pieces and corners that people pay more attention to.”

Although last time around Varane defended aerials balls magnificently, Liverpool’s goal came following a corner. In the past Manchester United have seemed to be susceptible to set pieces and having James Ward Prowse line up behind the ball is quite a scary sight. Martinez too had a fiery game against Liverpool but his height is and will always be a disadvantage, as was seen in the first two games. Casemiro will be tasked with the additional responsibility of compensating for Martinez’s height in the box as McTominay did in the last match.

The Saints will in all probability find it difficult to break down Manchester United’s defence and will rely on set pieces to get something from the game, a tactic they have tried before and one which has worked with Ward Prowse scoring quite a decent number of freekicks versus David de Gea.

Southampton captain James Ward-Prowse has gone from strength to strength under manager Ralph Hasenhüttl, adopting a new position that epitomises the Austrian’s high-octane style of play. He has improved his defensive awareness to the point that he can play as part of a two-man defence in centre midfield. He is a more complete midfielder who can attack, defend, create, and pass.

Ward-Prowse is most at ease coming deep to seek the ball, and he is quick with his passing once he has it. He frequently seeks a fast, straight ball forward to runners in behind, or passes between the lines to an attacking midfielder. When lengthier passing sequences are used to build play, Ward-Prowse may launch an attack by finding a runner from deep – generally a full-back or winger making a run in behind.

Without the ball, he is an aggressive presser who can act as either the first defender to attack the ball or as part of the second wave of the press, supporting the first line and can lunge into tackles and win the ball back. His set pieces and defensive play will undoubtedly trouble Manchester United.

Adams has no problem entering and making space within the penalty box. His mobility is adequate, and he loves to shake off opponents with a feint away – dart in movement. His ability to create chances is his most valuable quality in this Southampton team, and he also excels at hold-up play and incisive passing. Adams is tenacious and a reilient out-of-possession presser.

Adam’s finishing is quite decent albeit not extraordinary, but he is currently high on confidence scoring 2 braces in his previous 2 games and will hope to continue that form against a reinvented Manchester United defence.

Sancho was signed to solve United’s winger problems and although the team had all 4 attackers in Rashford, Martial, Elanga and Sancho firing versus Liverpool, the match against Southampton calls for the latter to be a key player. His dribbling skills can help him get out of tight spaces which will be created as part of Southampton’s low block. He can dribble into the box and make a well-weighted pass to either Martial, Rashford or Bruno to score.

Martial’s hold-up play can enable Sancho to get into the box more and finish chances which is something he could rarely do with Ronaldo leading the line. He will also not be required to constantly spam crosses and can instead take some time on the ball.

Against Liverpool, Sancho scored an elegant opener after sitting down Milner and Alisson and leaving Van Dijk immobile. He continued to make darting runs down the right flank and create more chances for his team.

Manchester United has great quality in attack and midfield but Varane will prove to be key for the team as they face a set piece specialist in Ward Prowse. Varane is 6’3 (191 cm) tall, so you’d think he’d be really excellent in the air. In actuality, it’s a bit of a mixed bag. He has a lean but strong frame, which causes him to be imposing in aerial duels with physical forwards. He is a defender who wins ground and aerial duels, and your squad will be confident in his ability to win individual clashes.

As a defender, he obviously leverages his aerial skill to his team’s benefit in defensive set-piece situations. He is frequently situated in the centre of the box to use his height to clear the ball. Set-pieces and defensive situations account for 4.61 of his clearances per 90 minutes. Moreover, Ward Prowse’s skill and Lisandro Martinez’s obvious weakness only makes Varane’s importance to the game all the more critical.

Another component of his game which will come in handy is his distribution. Varane’s passing game particularly excels when the opposing defensive block retreats to a fixed structure. He has a penchant for long raking passes to the flanks and always puts the proper weight on his short deliveries, allowing them to reach their goal even when there are several defenders surrounding the ball. 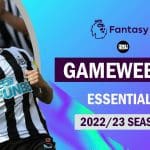 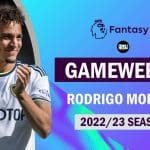