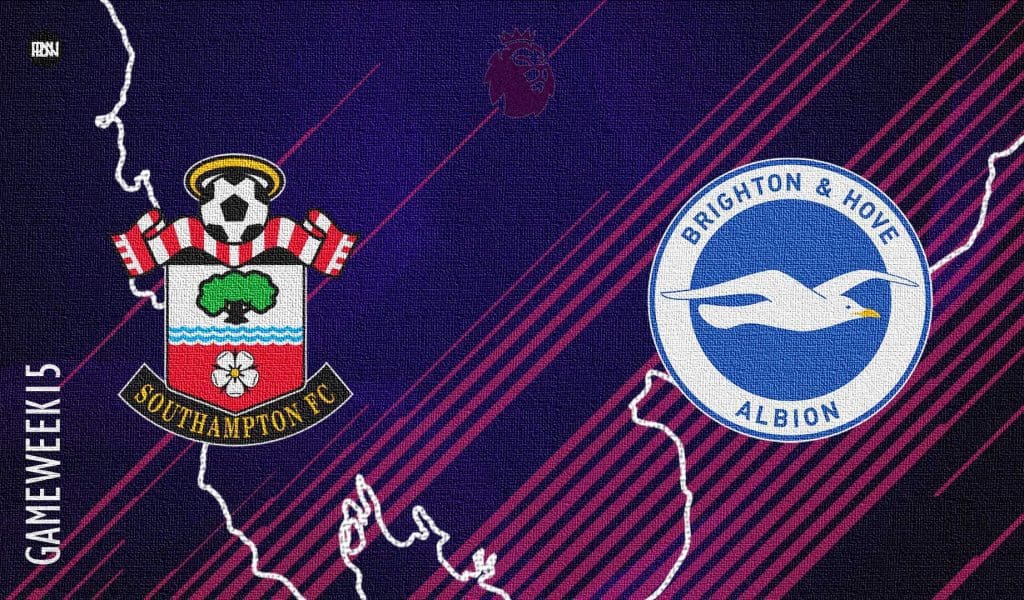 Spirited Brighton & Hove Albion team will visit the St. Mary’s stadium to face Southampton this weekend as two highly-rated managers lock horns. Both managers Graham Potter & Ralph Hasenhüttl will love to prove why they are being rated very highly and both the teams would be desperate to get those crucial 3 points in this phase of the season.

Southampton’s midweek star, Bednarek has avoided a serious injury as he was subbed off in the Leicester City game. However, doubts over Stephens and Armstrong are still persistent. The return of Elyounoussi and Djenepo this week definitely boost up Saint’s confidence before the hectic schedule.

Long injury list for Brighton continues with no imminent return expected. Still, Potter and his team have coped up well and will continue to hope for the same.

Brighton finds themselves placed in a good spot at the 9th position, but a win for them since September is still pending. They are not in a good run of form but can back their away record and hope to secure all 3 points at the St. Mary Stadium. Lamptey starred in the last gameweek where he assisted the goal for Maupay and will be hoping to start the match and create some influence. Although they just managed a point in London last week, they have positives to carry on in this game. Getting a point away against a good West Ham side definitely is a big positive alongside the spectacular goal by Maupay.

Southampton under Hassenhuttl are winless in their last 3 games and thus would hope to turn their fortunes. Sitting just 5 points of safety, with Burnley a game down, means there is no room for errors now. If they are to lose any points here, that would be a very difficult situation to deal with. However, they very well managed to negate the Leicester threat in the last game as they held them for a 2-2 draw, which many believe deserved to go the Southampton way. Definitely, they will build up on that point and try to stretch their impressive home record and go for a win at least.