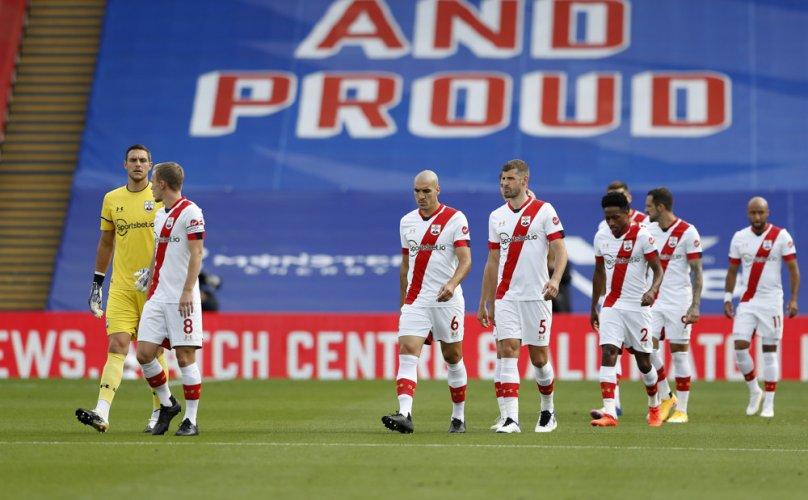 Ralph Hasenhuttl had a pretty rough start to his life at Southampton, and things only seemed to get worse after the massive 9-0 defeat that they faced at the hands of Leicester City last season, but one has to give him credit as he has revolutionized this team and built them up. After 8 games in the Premier League 2020/21 season even though it was only short-lived they were 1st in the Premier League table for the first time in close to 30 years.

Let us take a careful look at the formation and philosophy that has made this transformation possible. Ralph Hasenhuttl has implored a 4-4-2 formation which plays more like a 4-2-2-2 with the wide midfielders tucking in the spaces up front as Southampton is a heavy pressing team.

They rely on their press and when given a chance try their best to create overloads of players in the opposition box which not only helps put more pressure but also helps them win those scrappy second balls or deflected shots. One of the specialties of this team, though, is the kind of systematic approach they have to their game.

The build-up starts from the back where the ball is moved around the defence in a very slow and seemingly nonchalant manner, but this helps attract a press from the opponent and catch them off position which then opens up corridors and helps start an effective attack with swift vertical passing.

Southampton is also very patient in the way that if they see there isn’t a great opportunity to attack even though they are high up the pitch they will recycle the ball back to the defender and even the keeper and try and re-orchestrate the attack.

This helps them keep control over possession and also dominate the game like any top club would want to, and the additions of Che Adams and Kyle Walker-Peters have helped them become a much more attacking threat.

Even though their defence is not the best and they have let in a few more goals than are expected, one has to see whether Southampton can maintain their intensity and form throughout the season. The thing that may work in their favour is that they do not have to worry about Europe and an early league cup exit gives them more opportunities to focus on the Premier League.