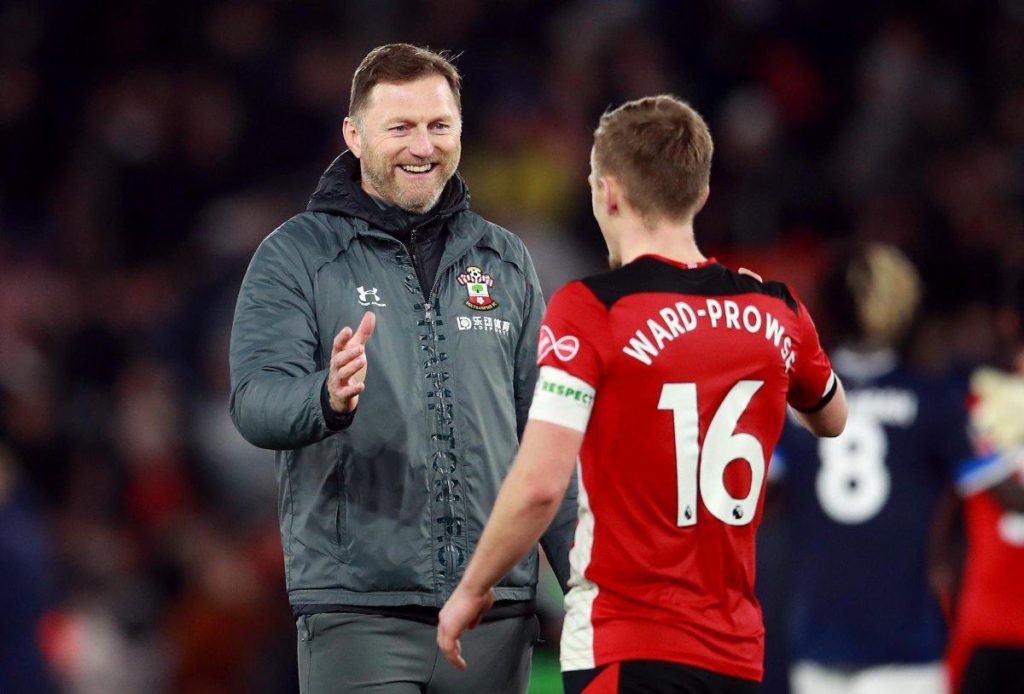 Per reports from the Sun’s Football Reporter Tom Barclay, Southampton have begun negotiations with James Ward-Prowse about the possibility of signing a contract extension at the club.

Ward-Prowse currently has two years left on his deal at the St. Mary’s Stadium and the club are looking to see him stay beyond the expected period.

Tying the England international down to a long-term contract would be a sign of promising times to come at Southampton under Ralph Hasenhuttl.

The Southampton manager has confirmed Pierre-Emile Hojbjerg would no longer be the club’s captain should he continue with them next season, a decision many have attributed to speculations of a move to Tottenham Hotspur.

Ward-Prowse however, looks the most likely of any player to take over the armband having been a key part of Hasenhuttl’s plans since his arrival at the south coast.

The midfielder was given the role as the skipper over Hojbjerg in Southampton’s friendly win over Bristol City on Friday, prompting rumours that Ward-Prowse is the favourite candidate to replace the Denmark international.

Ward-Prowse has been with Southampton since the age of eight and has appeared 269 times for the club since bursting into the first-team scene back in 2012.

He has been involved in 56 goals within that period, scoring 23 times and setting up others in 33 occasions, but his performance under Hasenhuttl has been touted as the biggest improvement scoring 11 times since the Austrian’s appointment as manager.

The midfielder has a lot to player for in the remaining years ahead as he is only 25, but that could be accompanied by a whole lot responsibilities now.

Southampton’s policy of integrating young talents into the game is one that Ward-Prowse has benefited from, and he would be looking to add that bit of experience to the next set of players who would be coming through the ranks at the club.

Ryan Bertrand is also said to be in discussions with the club over a new deal at the St. Mary’s Stadium.