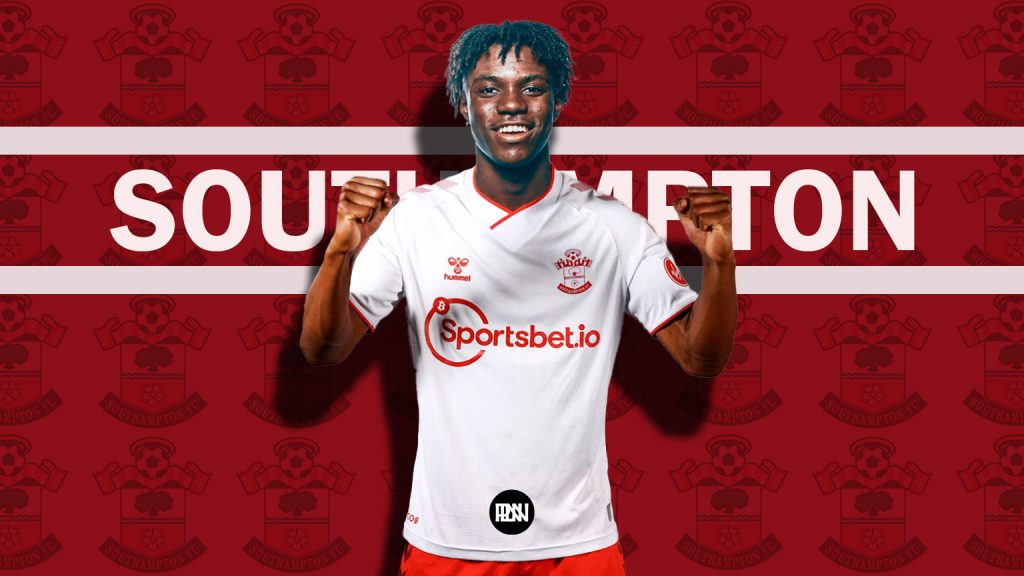 The 18-year-old has been on Manchester City’s books for the past two years, having joined the reigning Premier League champions from Belgian giants Anderlecht back in 2020.

The highly-rated teenager has won ten caps for the Belgium U18s side, as well as the one for the U21s catching the eye with his stunning individual performances in midfield with 60 appearances across the various levels at the Citizens.

Both Leeds United and the Saints were interested in the player but it looks as though Ralph Hasenhuttl’s men have won the race for his signature.

Lavia is thought to be a hugely-talented and highly-regarded defensive midfielder, one who could one day cut it in the champions’ first-team squad, however, that now looks to be at a club perfect for his development, maturity and more significantly, his route to first-team football.

The Brussel-born teenager has certainly impressed in the academy ranks, even catching the eye of former City centre-back and skipper Vincent Kompany, who is now manager at Burnley.

“When Romeo was still training here with the A-squad, he showed he was very eager to learn and willing to listen. He picked up a lot and showed that he is aggressive in recovering the ball and while also being calm on the ball,” Kompany said (via Inside Futbol).

The Manchester Evening News has even compared him to the departing midfield icon at the Etihad, Fernandinho, claiming: “[He] clearly likes a tackle, and his passes over the top and through the lines were Fernandinho-esque”.

The highly-rated teenager would surely be a stunning capture for the Saints, and a player they can help mould into the complete Premier League player, he’s always been primed to become.

Of all Lavia’s impressive characteristics, the first thing that immediately pops up is his effortless tenacity. He is everywhere in the midfield, possessing the intensity, energy and dynamism to press and harry his opponents while also having the legs to dispossess them too. Not only does he have great pace, but he uses it intelligently. Manchester City’s U-23 team play very similarly to Guardiola’s champions, looking to control the tempo and possession and press aggressively when the ball is lost.

Lavia’s tenacity fits in perfectly with this system. Whenever City lose the ball, he presses the opposing midfielders intelligently and tenaciously to win the ball up the field. The U23 campaign before last, Lavia showcased just how good he is at pressing high, winning the ball back and providing his attacking teammates with the platform to wreak havoc in the final third.

In City’s 3-0 win over neighbours Manchester United, they lost the ball high up the pitch and United were attempting to play out from the back. Lavia pressed the United midfield in their defensive third, won the ball, and provided an easy assist for a teammate to tap the ball into an empty net. It provided the perfect picture as to the kind of player Lavia is.

The 18-year-old however, is not only a destructive presence out of possession, but he proves an instrumental and metronomic figure on the ball too possessing great vision, composure and the ability to keep play ticking over with his simple, neat passing.

He is so good at receiving the ball on the half-turn and either dribbling out of trouble or making the right pass to an open teammate to break the opponent’s press. When watching Lavia, his dribbling immediately stands out. He is a very skilful dribbler and harnesses the capabilities of getting by his opponents and carrying the ball through the lines of the midfield.

Skill, strength, energy, dynamism and passing are absolutely necessary traits for a defensive midfielder to possess in Ralph Hasenhuttl’s high-intensity system and the Belgian wonderkid will fit right in once he’s fully ready to strut his stuff.

The Saints still need to address their quality in the creative department also to improve further next term, but completing a deal for Manchester City’s highly-rated wonderkid is a superb addition, along with their capture of Armel Bella-Kotchap from German outfit VfL Bochum provides the perfect foundation, continuing their sound belief and investment in youth, moulding them and shaping them into world beaters and selling them for profit.

Hasenhuttl will be hoping Lavia will be there for the long run, becoming a vital and instrumental figure in his team.

MUST READ: Will Mattias Svanberg be a good fit at Southampton? – Scout report 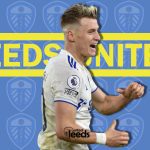 Why should Leeds be looking to bring Ezgjan Alioski back home?
Next Article 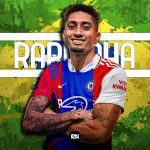 “One of the most crazy sagas ever” – The Raphinha Three-Way Transfer Battle, EXPLAINED
Leave a comment