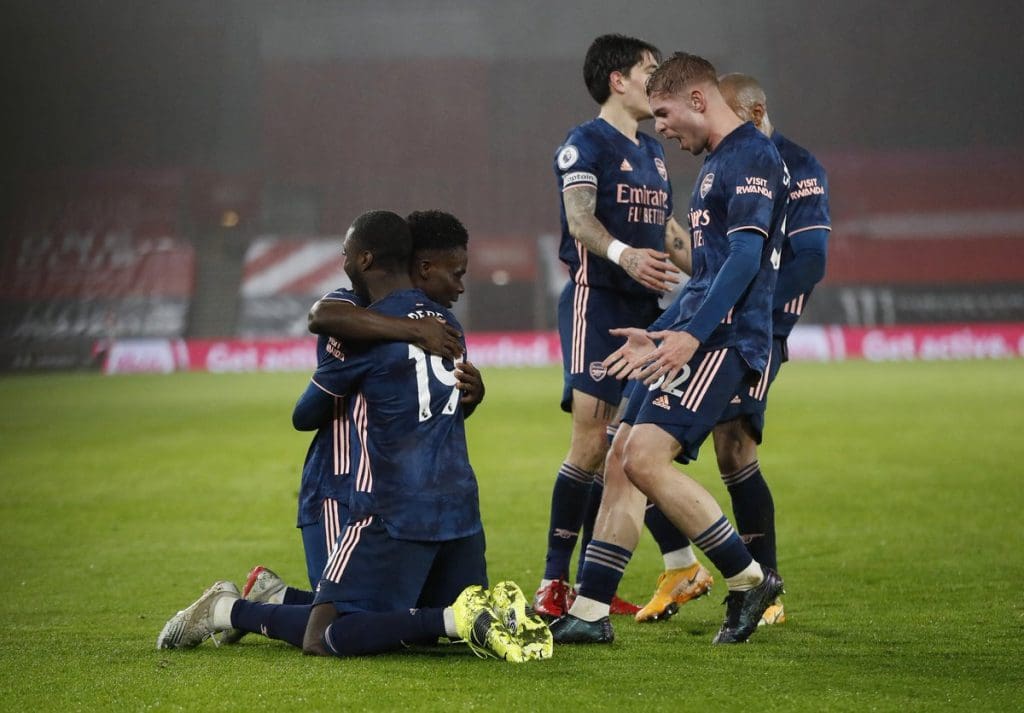 Arsenal went into their match against Southampton in a difficult situation with their league standing in the bottom half and having lost the same fixture last week in a FA Cup tie.

However, the Gunners were able to triumph Ralph Hassenhutl’s men after some impressive performances put in by Arsenal’s youngsters and record signing Nicolas Pepe.

Mikel Arteta made five changes to his starting eleven including the introduction of Thomas Partey and Bukayo Saka and that seemed to have worked the trick for the Gunners.

Here we look at three reasons why Arsenal were able to beat Southampton:

Nicolas Pepe: Arsenal’s recording signing finally arrived and he arrived in style for the Gunners. With Pierre-Emerick Aubameyang unavailable due to personal reasons, Mikel Arteta had a choice to make for his replacement. While many were expecting Gabriel Martinelli to start in place of the club captain, it was Ivorian instead who got the nod ahead and finally seemed to have justified his decision.

Pepe scored a goal and put in a shift defensively throughout the match playing from the opposing flank than his natural right flank. While he was at fault for Stuart Armstrong’s goal though he recovered after his early error and was defensively competent throughout.

The pivot: Arsenal’s midfield pivot of Thomas Partey and Granit Xhaka was able to not only deal with Southampton’s intense press but also start counter-attack after being able to play their way out of press which was key to many of Arsenal’s goals.

Willian: A disaster even before he arrived
PSG continue their talks to sign Dele Alli
To Top