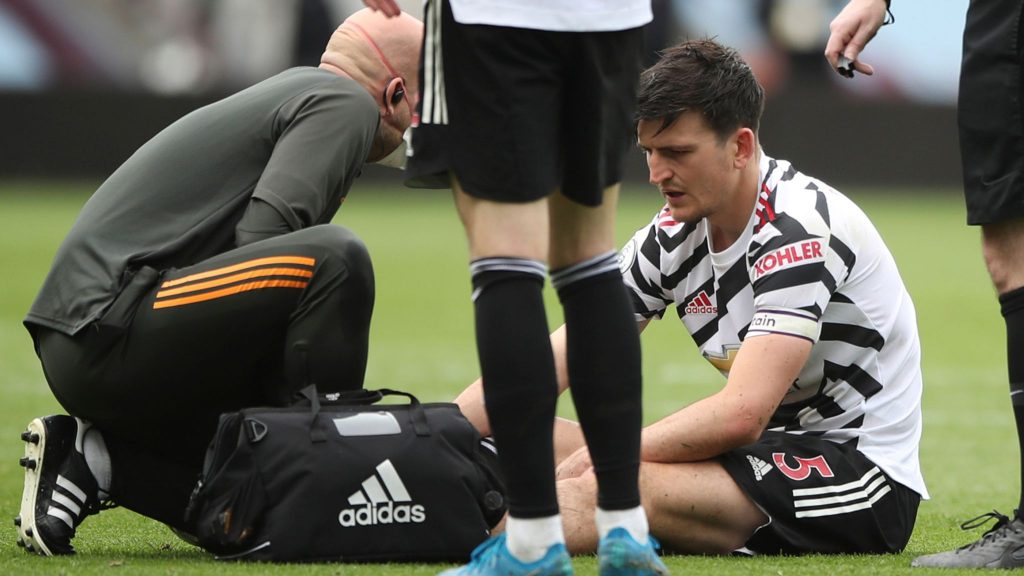 Harry Maguire endured an ankle ligament injury during Manchester United‘s 3-1 victory over Aston Villa on Sunday afternoon, which is likely to keep him out for the rest of this season’s Premier League campaign. However, United boss Ole Gunnar Solskjaer is hopeful that the centre-back will be available for the Europa League final against Villareal on May 26.

As quoted by Sky Sports, Solskjaer said, “He’s obviously had the scans and the good news is there is no fracture. [There’s] ligament damage but hopefully we will see him again this season. Hopefully, he’ll be ready for the final.”

The English defender has been instrumental to United’s run in the Europa League, starting and leading his side in six out of the eight games they played in the competition. The Manchester club crashed out of the Champions League group stage and hence were demoted to the Europa League.

Should United beat Villareal in the final, it would be their first trophy in just over 4 years, the last time being the 2017 Europa League when Jose Mourinho was in charge of the club. Solskjaer has done a commendable job guiding his side to the final and will be keen to win his first piece of silverware as a manager. His side reached the quarter-finals and semi-finals of the 2021 EFL and FA Cups respectively, but ultimately a trophy is what the United supporters are longing for.

Having Maguire back for the final would be massive for United as they would be able to return to their most-used centre-back pairing, Maguire and Victor Lindelof.