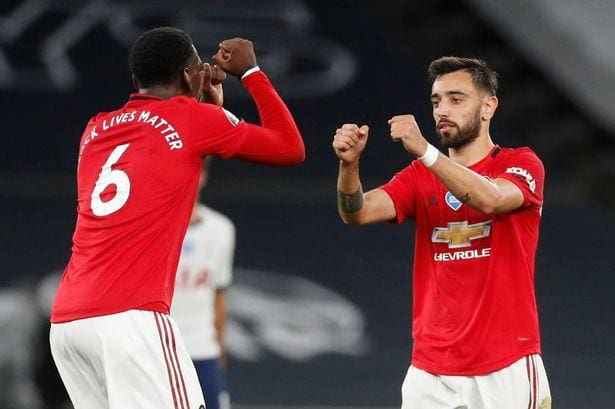 Ole Gunnar Solskjaer has given his verdict on the partnership between Bruno Fernandes and Paul Pogba after the pair worked things out to secure a point for Manchester United.

Fernandes was on target from the penalty spot to level the score to make it 1-1 for the Red Devils in Friday’s mouthwatering encounter with Tottenham Hotspur. This was after Tottenham’s Eric Dier made a clumsy challenge on Pogba after the France international had gone pass after some nifty footworks.

Having missed a chunk of the season, the former Juventus man came from the bench to play together with Fernandes for the first time.

Fans have been eager to see the two of them play together after Pogba had recovered from his injury. 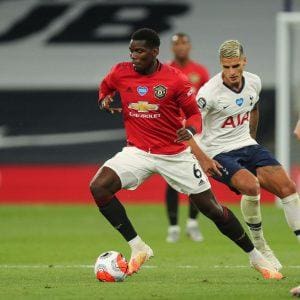 Their first appearance together on the pitch looked promising as they dominated the midfield area with their interchanges.

And the United boss the duo can form a good relationship if the team can get the balance between the attack and defence.

“Of course, we are a club that want the best players in the world playing together,” said Solskjaer on Sky Sports. “We just need to find a balance between defending and attacking. Paul showed today that he can play with Bruno.”

Pogba was assigned to spot kicks at the club but things have turned since being on the sidelines, with Fernandes now in charge of such opportunities now.

But the Portuguese says the Frenchman was happy to see him play the penalty in the game against Tottenham after Pogba was brought down by Dier.

The draw means that United will have to stay at the fifth position, two points behind Chelsea who play Aston Villa on Sunday. Tottenham also keep their eighth position on the league table.