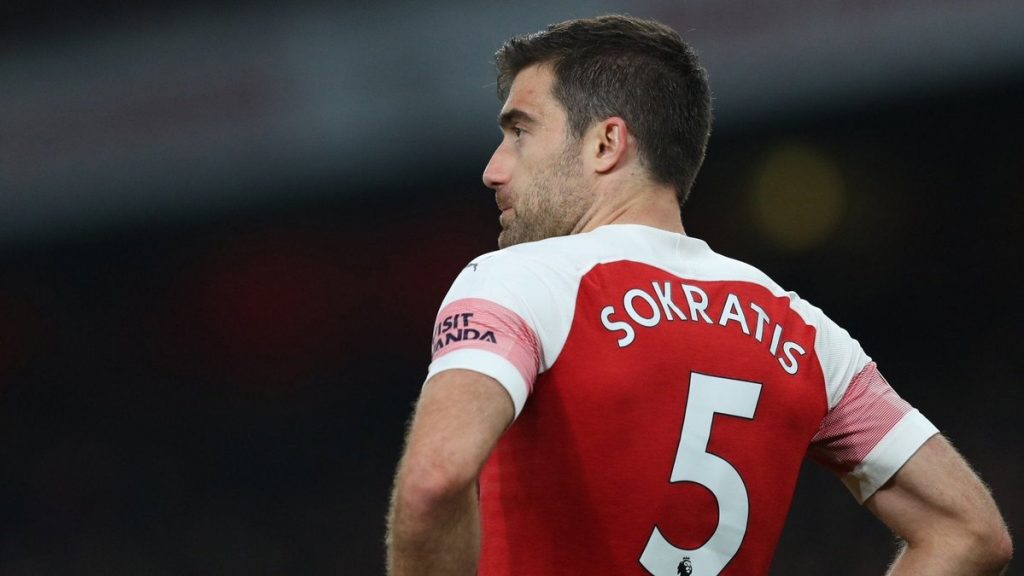 Arsenal has announced the contract termination of Greek defender Sokratis Papastathopoulos in a statement last week. The club said in a statement, “Working closely with Sokratis and his team, we have decided to cancel his contract by mutual consent. This gives Papa the freedom to negotiate a contract with a new club and return to action as soon as possible.”

And with that Sokratis’ tenure at Arsenal ended and surely that wasn’t how he would have planned it out but he was clearly not a part of Mikel Arteta’s plan and it was the right call to shift him given he wasn’t playing any football.

Here we look at three reasons why the Greek wasn’t really a flop as many would term him as:

Did what he was bought for:

Arsenal’s then Head of Recruitment, Sven Mislintat was the one to bring in Sokratis Papastathopoulos from his former club Borussia Dortmund and he was seen as a player who was supposed to bring stability and experience to that Arsenal backline after Per Mertesacker’s retirement and some shaky performances at the back by Shkodran Mustafi and it’s difficult to see how he didn’t do his job.

Sokratis Papastathopoulos’ fall in stocks might have made an illusion that he isn’t a good player, though, he has always been a decent defender throughout his career including his time at Arsenal. He was ousted from the squad due to his lack of ball-playing abilities, something Arteta considers as essential to the style of play he’s trying to implement at Arsenal.

Even Mikel Arteta, the manager who ousted him from his playing squad only had praise for the Greek as he acclaimed the 32-year-old for being a model professional throughout. A top player, an effective centre-back, versatile in being a right-back, brought professionalism and experience to the squad, and being such a wonderful influence over the youngsters, there was so much “Papa” was able to give to Arsenal.