There is often a sense of ‘anything can happen on a European night’ when it comes to the Europa and Champions League knockout, even when there is a club that should come out as clear winners on the night.

This is because some clubs, no matter the money they spend on their squads are not quite able to replicate the performances on the pitch and open the door for the underdogs of the game to upset the odds.

While Arsenal dominated the first leg, it took Nicolas Pepe to come in the dying minutes and score an 86th minute which Arsenal thought was enough to secure the win on the night, however, as fate would have it, a 92nd-minute corner from Slavia Praha saw Robert Holes sneak into the back post and head home a crucial away equalizer at the Emirates.

Both teams have all to play for as Arsenal visits Slavia Prague to finish a job that should’ve been completed a week ago.

Will Slavia Prague’s art of staying in the game cause problems to the Gunners?

Creative, technical, and defending for their lives- Slavia Prague have these 3 unique qualities in their squad courtesy of which the Greek side have reached the quarter-finals of the Europa League and thanks to their away goal, have a 50% chance of going through, if not more.

While Prague did go into the game as underdogs, took charge of the game, and had an incredible 10 shots at Bernd Leno’s net with the likes of Provod and Olayinka being instrumental to the team’s performance on the night. Incidentally, it was Lukas Provod in the 91st minute who smacked the ball from an acute angle which was destined for the net, only for Leno to make a heroic save that led to the corner which Slavia then went on to score from.

From the 1st minute, Slavia were on the get-go and this should not come as a surprise to fans of the Greek club as the Prague side have scored 72 goals in 26 games this season in the Czech First League.

Jindřich Trpišovský, Slavia Prague’s manager must be delighted with his side’s performance last Thursday and will demand more of the same when his side goes toe-to-toe with the Gunners this week for the 2nd leg.

Slavia Praha will also be full of confidence as they’ve had a delightful week as, after a good performance against Arsenal in midweek, they defeated Sparta Prague in their derby game on the weekend and will be buzzing as they enter the 2nd leg on Thursday.

Slavia know the vulnerabilities Arsenal holds and will surely try to exploit them as they did so to a decent extent at the Emirates.

The Greek side will be hoping to make it to the semi-finals of the competition this time around after they were denied the opportunity to do so by yet another London side in Chelsea, two years ago at the quarter-final stage of the competition.

Can Arteta’s men deliver the result their manager so desperately craves?

Arsenal, who have been less than convincing this season under Mikel Arteta need to pull up their socks and deliver a statement performance soon. While the Gunners did win convincingly on the weekend against 20th placed Sheffield United, there is no way that Arsenal should’ve come away with a draw in midweek against Slavia Prague.

It is this kind of frustrating defending that is costing Arsenal severely in the Premier League and might now cost Mikel Arteta some form of silverware this season.

The 2nd leg, however, is going to be an even more daunting task as Arsenal could start the game without the likes of Aubameyang and Martin Odegaard in the squad. While Bukayo Saka and Emile Smith Rowe have recovered and are fully fit after the injuries they suffered in the last 10 days, Arsenal will be without their marauding left-back in Kieran Tierney.

While Granit Xhaka deputised in that role on the weekend, it is highly unlikely that will be repeated in the game on Thursday as Cedric is tipped to be back into the line-up for the game.

Arsenal need the goals, and they need them badly. Alexandre Lacazette, while the club’s current top goalscorer, needs to be more consistent and needs to show up in the big games. If Arsenal stand any chance of winning the Europa League this season, Lacazette will need to firing in the goals consistently till the end of the season.

Moreover, Nicolas Pepe is likely to start the game after his impressive performance from the bench in the 1st leg while the winger also performed well on the weekend. Gabriel Martinelli is likely to start on the left-wing while only one of Bukayo Saka and Emile Smith Rowe might play the game as Arteta will not want to ask 90 minutes of either of them.

Mikel Arteta knows the job at hand, his only expectation is if his players understand the same and subsequently deliver on Thursday night. 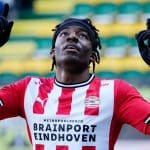 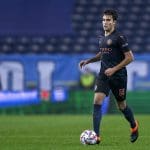 Complications in Eric Garcia’s deal with Barcelona?
Leave a comment