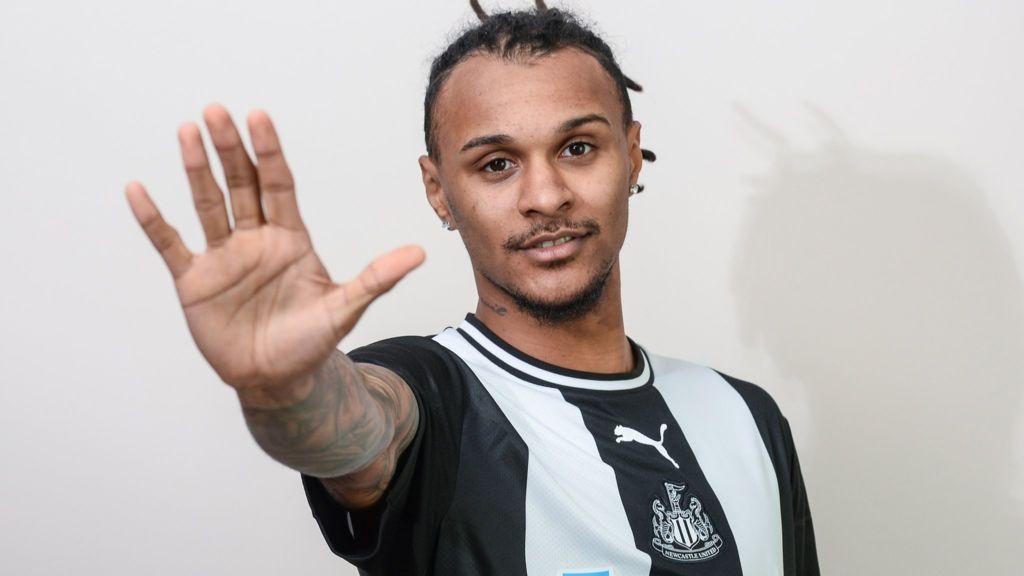 Valentino Lazaro joined Newcastle United on a six-month loan from Inter Milan in January, which is set to expire at the end of the season.

According to various reports, Lazaro’s future is yet to be decided by Newcastle as his contract is set to expire later this month. Lazaro himself is unclear about his future.

“For now I am focused only on the rest of the season, we will see about my future later,” Lazaro said in an Instagram live chat with SoccerBible.

Lazaro rose through the youth ranks of Grazer AK and RB Salzburg before making his senior debut with the later, becoming the youngest ever player to play in Austrian Bundesliga in 2012. He spent five seasons in Austria and was loaned to Hertha Berlin, who made the loan move permanent by tying down the Austrian to a long-term contract. It was here at Die Alte Dame, he made a name for himself.

After two impressive seasons in Bundesliga, Lazaro attracted interests from around Europe. Inter signed him last year for €20 million and he made his debut for the Nerazzurri in October. He failed to impress Conte in the limited opportunities he got and he was sent on loan to Newcastle in January. He made five appearances for the Magpies before the suspension. Here’s Lazaro among the most improved players in Europe 2018-19:

A lot of the most improved players of 2018/19 have already changed of team this summer. Who’s next? https://t.co/ylCVCjbPU5 pic.twitter.com/Y5f15kZj5z

So, should Newcastle go ahead and pay Lazaro’s transfer fee?

The 24-year-old Austrian featured five times for the Magpies, four in the Premier League and one in the FA Cup. He played as a right-back in all four Premier League games. He played as a right-midfielder in the FA Cup Round 5 win against West Brom. He even scored the third goal which later turned out to be decisive as the Magpies conceded two goals to win 3-2. His performances make it clear that he struggles in defence and flourishes going forward. Let’s check out his strengths and weaknesses.

Key-passing – The Austrian takes up the role of the creator when he plays in the wide midfield. In 2018-19 Bundesliga, he managed 1.8 key passes/game. He also created 12 big chances for Hertha that season.

Crossing – Lazaro is good at crossing and that’s what makes him an ideal attacker on the wings. He averaged 1.5 accurate crosses per game and 1.8 accurate long balls per game for Hertha last season.

Set-pieces – Lazaro likes to take the set-pieces. Though he isn’t clinical enough with them, he creates good chances through set-pieces.

Energy & Pace – Lazaro is still 24 and is yet to hit his peak. He is very energetic throughout the game. His runs with blistering pace on the wings for Hertha and Austrian National Team were a treat to watch.

Duels – Lazaro isn’t that good defensively and in a fifty-fifty situation, he is more likely to lose, be it aerial or ground duel. He averages 45% duels won last season in Bundesliga.

Tackles & Interceptions – The Austrian national averaged 1.5 tackles and 1.4 interceptions in Bundesliga despite playing many games as a right-back. He barely dives in for a tackle.

In conclusion, Lazaro can play in the wide-midfield as well as on the right-wing. If deployed on the right midfield, he would allow Miguel Almiron to play in his original number 10 role. If Almiron or Saint-Maximin are missing, Lazaro could slot straight into the wings.

Lazaro scored five goals and bagged 12 assists for Hertha last season and if the Magpies sign him and play him in his preferable position, he can replicate those numbers at St. James Park too. Here’s his heat map from Bundesliga last season which shows that he likes to play wide right in the middle of the park: 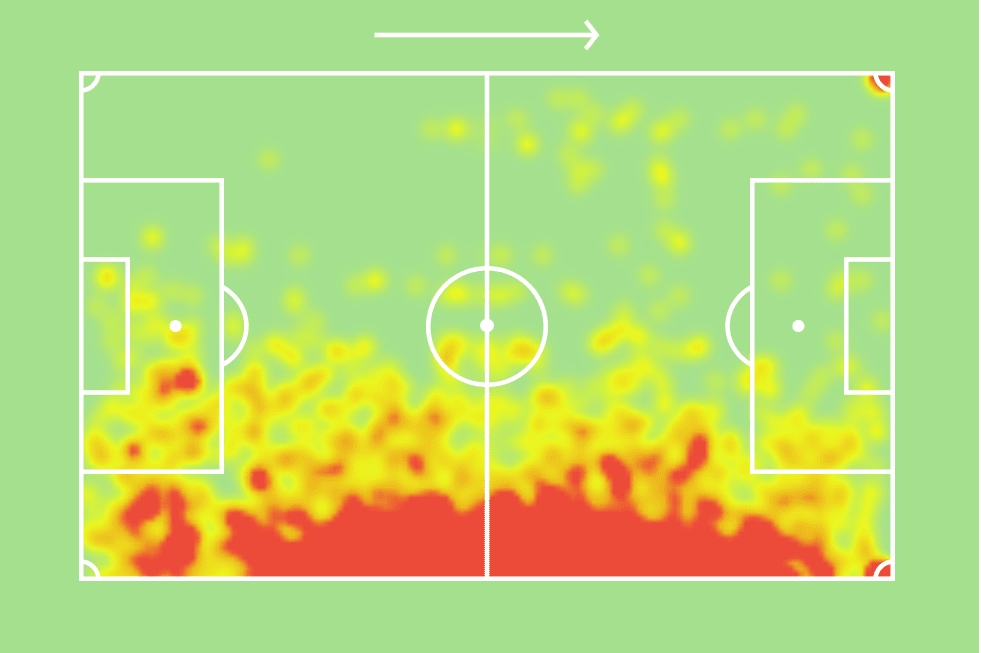 Newcastle has had an inconsistent campaign throughout the season. Though Bruce has several midfielders in the team, none of them has been able to make a big impact for the Magpies this season so far. Newcastle needs depth in their midfield and this is where Lazaro comes to their rescue. However, if Newcastle wants him as the solution to their right-back position, it’s a big no to spend so much money on Lazaro.

The Austrian is just twenty-four and this summer will be the right time to sign him. He is yet to hit his peak but his ability to become such an integral part of Hertha Berlin’s team in a position which was not his strongest at that time (right-back/right-wing-back) goes on to show the kind of player he is. On the national level, he continues his rise as one of the main players of his team. Lazaro will give options to Bruce in the midfield as well as on the wings.

Berbatov issues new challenge to Ighalo at Manchester United
Odion Ighalo: From a mediocre buy to an integral squad member
To Top