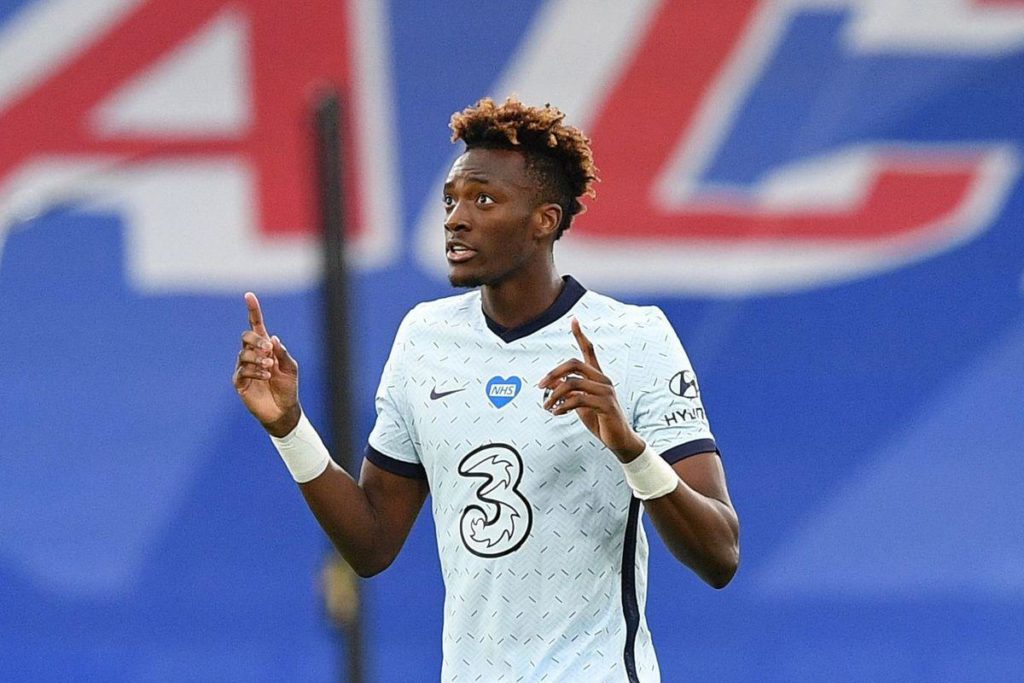 Chelsea have had a pretty busy transfer window so far. The Blues have already secured some massive signings by bringing in Hakim Ziyech from Ajax, Timo Werner from RB Leipzig and Thiago Silva from Paris Saiint-Germain.

The club have also been heavily linked to Kai Havertz and the transfer is expected to be wrapped up in the next couple of days.

With the departure of Pedro and Willian, Frank Lampard has heavily invested in building a strong attack that can compete with the likes of Liverpool and Manchester City.

By bringing in Timo Werner, Frank Lampard has no doubt marked the German international as his first-choice striker. This leaves Tammy Abraham in a tight spot as the youngster will have to adapt and settle for less game time if he decided to stay at the club.

Aston Villa were rumored to be interested in bringing back the 22-year-old back to Villa Park, and while Abraham is sure to get more playtime there than at Chelsea, a player of caliber should be aiming for higher targets than playing for a team struggling in the relegation zone.

Abraham himself quashed all rumors by reiterating that he was ready to stay and fight for a place in the eleven, saying: “This is Chelsea Football Club, there’s always going to be high standards and high competition and this is something I’ve been dreaming of since I was a kid.

“I’ve always been fighting for it, it’s never come easy, it wasn’t easy at the start of the season but I worked my way into the team and that’s what I’ve got to keep doing.

“It’s been a great learning curve, a great experience for me and upwards going into next season. I’ve got to build myself up to those high levels.

“It’s been a phenomenal season for myself and for the lads, I couldn’t ask for a better season.

“I’ve had a few niggles here and there but I’ve come off stronger and build myself for next season. Start well and end well. That’s my aim and as I said, that’s the level I want to get to so I have to raise my bar and go again.”

The 22-year-old thoroughly impressed when he took on the ‘cursed’ number 9 shirt at the start of last season, scoring 18 goals in his breakthrough season at Stamford Bridge.

Unfortunate injuries in the latter stage of the campaign caused him to miss quite a few games, where the in-form Olivier Giroud was preferred by Lampard, but there is no doubt that Tammy will be rearing to push on from where he left off last season.

Tammy certainly has all the traits of a “modern” striker alongside pace and physicality to burst past opposition defenders and a lethal right foot that can finish most chances.

Playing with the likes of Giroud, Werner and Havertz will provide extra motivation to the youngster who looks increasingly likely to stay at Chelsea for the upcoming season. The Englishman still has his best years ahead of him and he will only get better as he continues to develop into a terrific striker at the club.

Why Tomáš Souček will prove the bargain signing of the summer
Tottenham Hotspur 2020/21 third kit LEAKED!
To Top