Arsenal are currently making a lot of strides in the transfer market as the club have already signed Nuno Tavares, Ben White, Albert Sambi Lokonga, while it also looks like the Gunners will convince Granit Xhaka to stay at the club this summer.

However, two problems that still persist at Arsenal is the lack of chance creation and a ruthless striker to put the goals in the back of the net– something that has only become more clearer after Arsenal’s three pre-season games. While Arsenal may still go out and sign an attacking midfielder this summer, they might not need to sign a striker because they already have a great finisher in Alexandre Lacazette – at least that is what the numbers tell us.

The Frenchman has come under a lot of criticism, especially after last season, but it may not be all his fault.

Does Lacazette deserve another shot at Arsenal?

While Arsenal were poor last season, things could have been worse without Alexandre Lacazette heading the attack. The Frenchman made 31 Premier League appearances last season and scored 13 goals, more than any other Arsenal player. While most critics would dismiss this fact by stating that he would be provided with the most chances, that is not all true.

One common trait you will find amongst Europe’s top scorers is that they all overperformed their xG (expected goals). This is because they have the ability to score even from half-chances or through acute angles. Like some of the best forwards last season, Lacazette too outperformed his xG. The Frenchman had 9.7 expected goals last season, but he ended up scoring 13. When you take the same statistic for Aubameyang, he scored just as much as his expected goals (10). A supporting factor to this is also that Lacazette’s shots on target percentage was scintillating last season.

The Frenchman had a 58% shots on target percentage last season, more than the likes of Erling Haaland, Harry Kane, Robert Lewandowski, Romelu Lukaku, and a lot more than teammate Aubameyang and Tammy Abraham, somebody the Gunners have been linked with this summer. This statistic could also be achieved by some of the more under-celebrated strikers from last season, however, none of them were playing under constant pressure like Lacazette.

One thing Lacazette could improve is being more clinical in front of goal. For example- he headed a lot of balls straight into the hands of the keeper last season instead of directing it downwards into a corner. He is good enough to keep his shots on target, but he needs to improve his placement– this is where ruthlessness comes in. But he has this in his locker as well, and with a good chance creator or a second striker, he could score 20 goals or more every season.

Lack of a facilitator:

For example – Robert Lewandwoski’s numbers soar every year because he is surrounded by brilliant players, but more importantly, he has an incredible facilitator in Thomas Muller. Similarly, Heung Min Son has a lot to do with why Kane finds space in and around the box. While it is also true that Lewandowski and Kane are sublime centre-forwards themselves, these small factors are very helpful.

Olivier Giroud, who albeit is a great finisher, did not have the guile he has now when Arsenal first signed him in 2012. Although Giroud did score 11 goals and provided 5 assists in his debut season, his numbers rose in the following season when he scored 16 goals and provided 9 assists. This sudden rise, albeit small but crucial, was due to the signing of Mesut Ozil. The German’s link-up play and ability to provide for Giroud made the Frenchman into a more ruthless finisher in his second season.

Similarly, Lacazette scored 14 Premier League goals in his debut season, and that was probably the last season Mesut Ozil was completely involved in Arsenal’s first-team setup. Lacazette’s numbers have deteriorated since then, which also has a lot to do with Pierre-Emerick Aubameyang’s arrival. The Gabonese became the main man at the club and deservedly so. However, his legs have slowed down, and he does not look like the player he was when he signed his new contract at the start of last season.

Lacazette, in turn, still looks the part but lacks a creator behind him. This is not to say that Aubameyang and Lacazette cannot co-exist, but this could only work if Aubameyang is at the peak of powers, which is not the case anymore.

Provides something different to Arsenal:

Unlike most forwards at Arsenal, Lacazette provides the ability to hold up the ball and bring other players into the game. The Frenchman had 2.15 shot-creating actions per 90minutes last season, only lesser than Bukayo Saka and Emile Smith Rowe at the club.

Lacazette is a crucial player to Mikel Arteta’s setup, especially in a year where they have signed some good players while a chance creator would all but seal the deal for Arsenal. This is not to say that signing a sensational forward would be wrong, but anybody besides that would not be an improvement on Lacazette.

The Frenchman has the quality and a lot to prove to himself and to the fans that he still has the capability to lead the frontline. Arsenal could lose out on a European spot once again this year, but what needs to improve is the quality of football. Once the quality rises, the wins will come without a shudder of doubt. However, the quality will only rise when you have a forward capable enough to put the goals in the back of the net.

Lacazette can do this, but he only needs the confidence to push him in that direction. This will only happen when Arsenal are providing him with the goods to do so. Every striker needs a carrot at his back continuously, and once Lacazette finds that, his mojo will come back instantaneously, and Arsenal fans might enjoy the games again, and what will hopefully follow this are the glory days the Gooners have been hoping to relish once again.

(all data provided by Fbref) 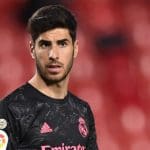 Tottenham Hotspur are interested in Marco Asensio
Next Article 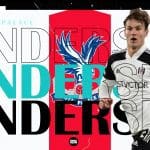 Why should Palace fans be delighted with the arrival of Joachim Andersen?
Leave a comment