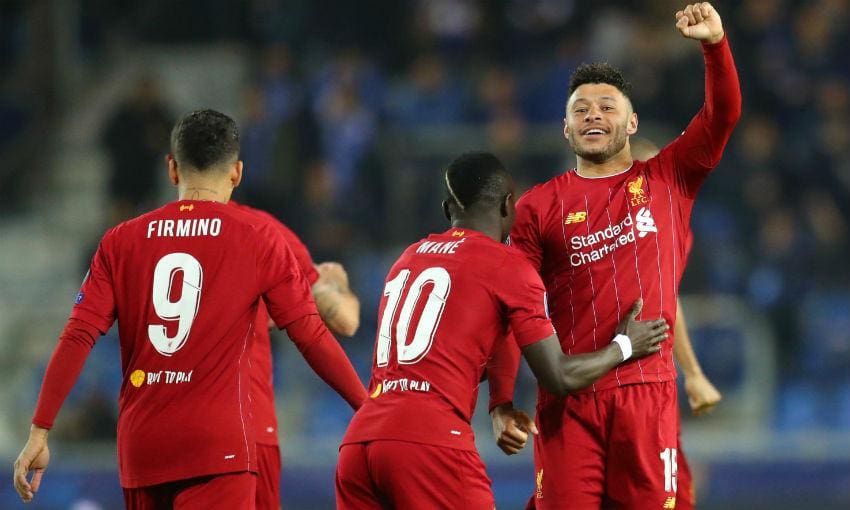 Chamberlain drilled in left-footed shot past Coucke to make sure Liverpool take much crucial three points in the Champions League group stage. Well, that took Oxlade-Chamberlain’s tally to four goals in last three starts for the Reds from Merseyside.

And after a lengthy spell on the sidelines, Alex is back to his best. Jurgen Klopp highly rates Chamberlain and he could use him in the midfield and even further upwards.

Chamberlain will definitely be energized for a start at the weekend. But will Jurgen risk change ahead of six-pointer challenge against the mighty City blues?

Would you start Alex Oxlade-Chamberlain against Manchester City on Sunday? 🤔

Liverpool gaffer Jurgen Klopp has stuck with his trusted trio of Fabinho, Jordan Henderson and Gini Wijnaldum this campaign with the Brazoilian working as a back-up in a deeper role to Gini and Jordan. But with Alex Oxlade-Chamberlain knocking for the starting call-up, would Jurgen be willing to take that risk against their arch opponents?

We’re top of the league and unbeaten with the 3 we have been playing in the middle. To change that against our biggest threat would be a massive risk.
The ballance is right as much as some don’t think so. Leave the winning formula alone at least for now.

Has to start, gives us a different dynamic when he plays, especially driving at that city defence, could see this being a 4-3, 3-4, game, please let it be us for the win ♥️😎

Absolutely, our best CM right now, need to start alongside Fabinho and Gini

He loves to score goals.
Apparently he’s the only Liverpool players that takes long range shots

Didn’t ox play the 2 games against city that we won. When he was fit and scored. For me he plays