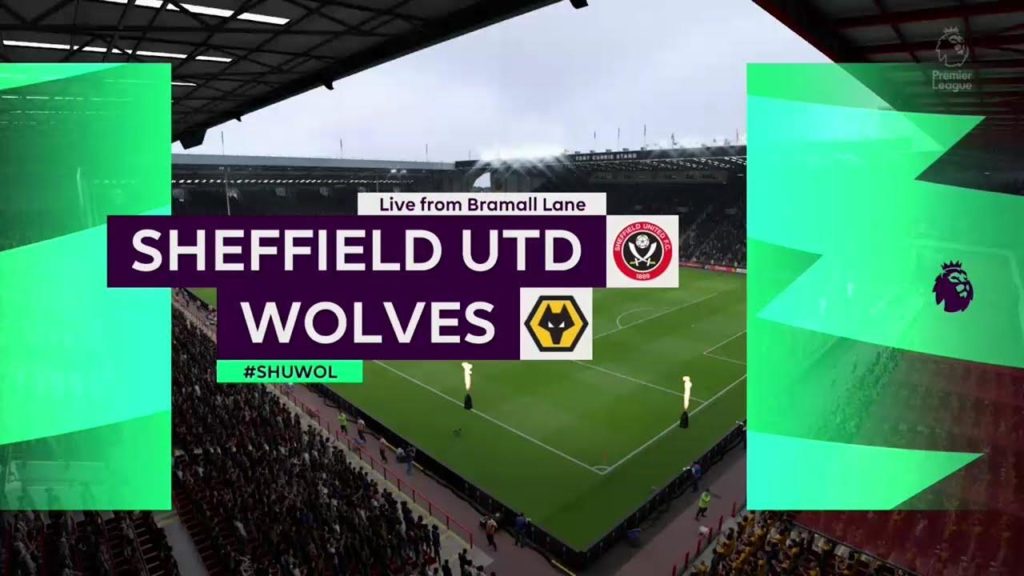 Sheffield United kicks off their 2020-21 campaign at home against a resilient Wolves team.

It is safe to say that both sides were considered to be revelations last season and would love to maintain the same status in the upcoming season too. Both sides are generally considered to be a physical side and difficult to win against. It is definitely a difficult task to predict the winning side in this fixture.

The Blades will be hoping to rediscover their excellent form which was displayed in the first half of the previous season, which was later non-existent during post-lockdown football. Although Chris Wilder’s side have arguably lost their best player in the form of Dean Henderson, who returned to his parent club Manchester United after a successful loan spell, they have made enough acquisitions hoping to replicate their fortunes in the form of a permanent signing of Aaron Ramsdale from a relegated Bournemouth, a loan signing of the exciting youngster Ethan Ampadu from Chelsea and also Max Lowe, Jayden Bogle, Oliver Burke joining the Blades.

Sheffield United are particularly strong at home where they have claimed 33 out of their 54 points tally at home. They also boast fitness advantage over their oppositions where they have already played multiple friendlies against Championship clubs and their opposition have not played any yet. Also being a very good defensive unit, it will be a difficult task for the Wolves attackers to get chances to score.

Nuno Espirito Santo would like to forget his side’s disappointing end of the season, where they were beaten to a Europa League spot by Tottenham Hotspur on the final day of the season and also by Arsenal winning the FA cup final against Chelsea. Wolves have reacted appropriately to these disappointments by bringing in some required reinforcements to the team in the form of an experienced Marcal, and Porto Duo Fabio Silva and Vitinha. With an exciting set of talent added to an already exciting Wolves team, fans would be buzzing to see their team get all the spoils against the Blades which will be the first step towards a potential European football spot.

Ready for the new season.

With Wolves having comparatively better forward options against their opposition, they would expect to give Sheffield’s backline more trouble than that of what their own backline would face. The departure of Matt Doherty to the London club Tottenham Hotspur will leave them a bit slim in the wingback position but youngster Oskar Buur would want to take his chance to impress Nuno Espirito Santo after being impressive for the under-23’s.

Injury Update: Left wing-back Jonny Otto is the only injured first-team player and is expected to miss the match. Ruben Vinagre is a natural replacement for this position, but new signing Marcal could also be considered. Explosive winger Adama Traore is doubtful to be involved in this fixture, as he was pulled out of the Spanish International side after contracting the virus.

This is a fixture where fans cannot expect a lot of goals, but rather witness a potential defensive masterclass with both the teams being an excellent defensive side. Although Wolves boast a fairly strong front line compared to their opposition, it is very much expected that the match would end in a draw.