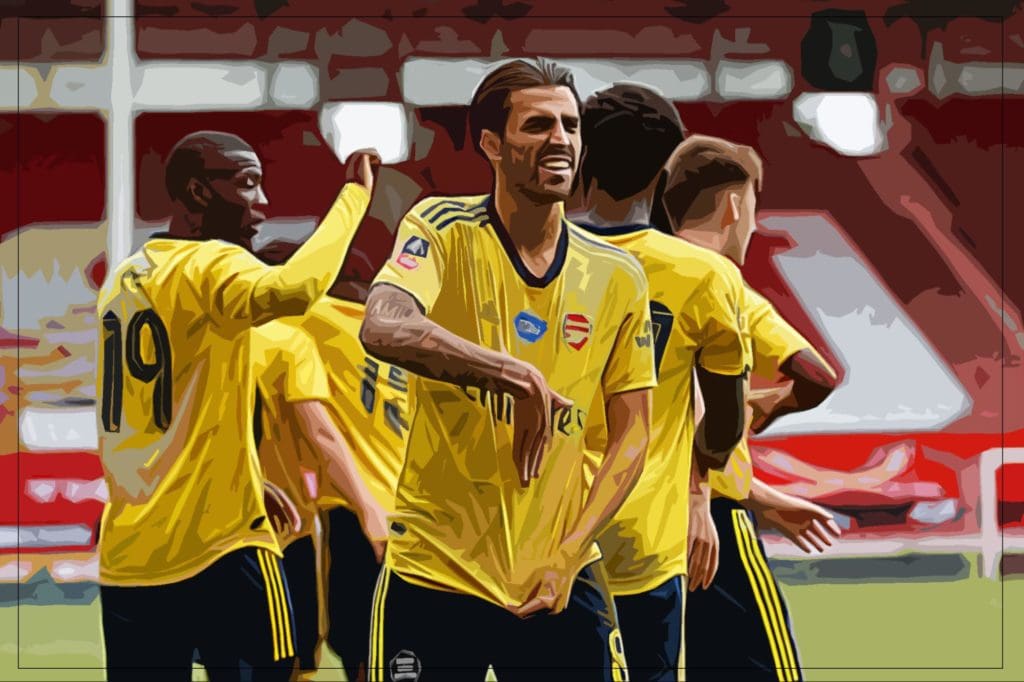 It’s not been an easy ride for Mikel Arteta and Arsenal since the re-start as they lost their first two fixtures against Manchester City and then away to Brighton but the Gunners are on their way to make a little comeback of their own with another win against Sheffield United in a FA Cup round of 16 fixture.

Arsenal yet again lined up in a 3-4-3 with Shkodran Mustafi, David Luiz and Dead Kolasinac forming the back three with Kieran Tierney and Ainsley Maitland-Niles playing as the two wing-backs. Granit Xhaka and Joe Willock formed the central midfield partnership with Bukayo Saka, Alexandre Lacazette and Nicolas Pepe playing as the front three. Emi Martinez kept his place between the sticks. 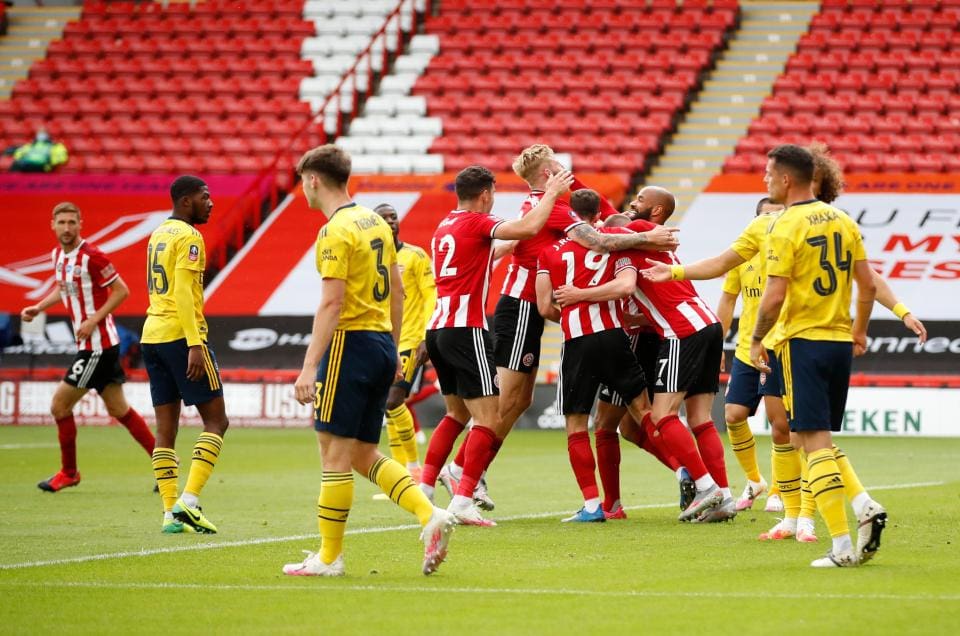 It was not the easiest of the starts for the Gunners as they almost conceded within the first 10 minutes with John Lundstram heading home a Sheffield United corner, however, the VAR overruled the goal as Lundstram was found to be in an offside position when he headed the goal in.

Arsenal’s struggle continued when David McGoldrick came really close to scoring in the 12 minutes. However, it was the visitors who took the lead when Alexandre Lacazette won them a penalty from a Chris Bashom error. Arsenal’s record signing, Nicolas Pepe stepped out and converted the penalty. 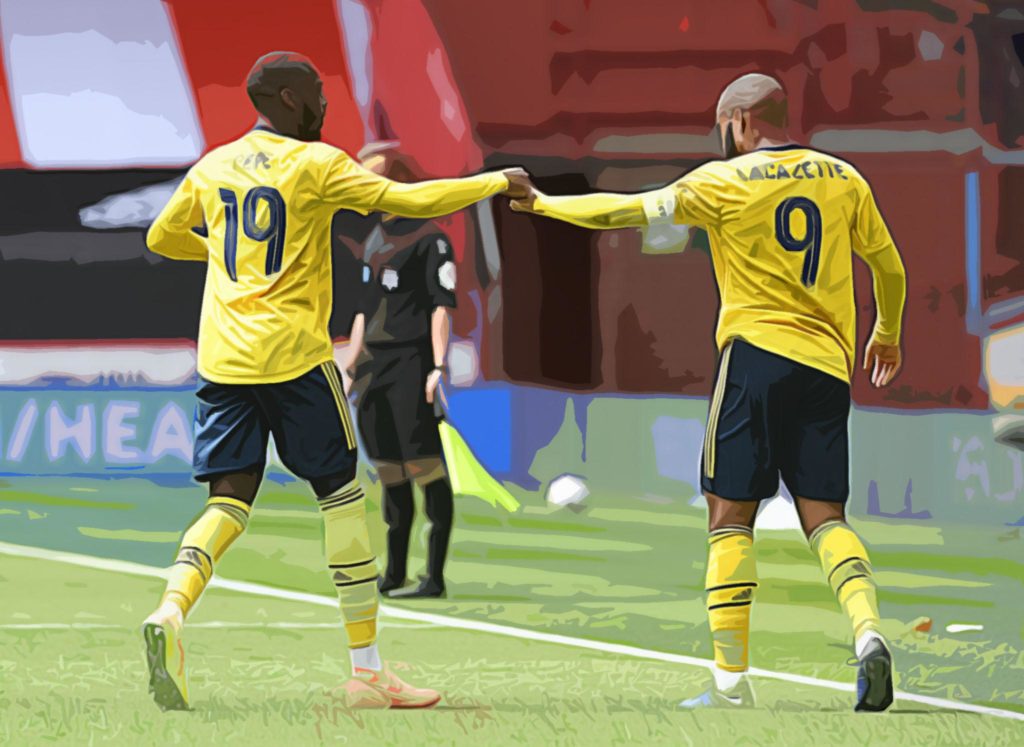 The Gunners changed gears after the goal and looked like a team in full flow, something they have failed to do since the re-start. They won the match against Southampton, but this was the first time they actually got going. And the man leading the charge was Nicolas Pepe, the 25-year-old registered his 8th goal of the season in all competition.

In the second half, however, the Gunners found themselves struggling for momentum and that priced second goal which could have sealed the match for them. Instead, they conceded the most Arsenal goal in the 87th minute when they couldn’t clear it out well enough and gifted a goal and a chance for Sheffield to snatch their well-earned win. 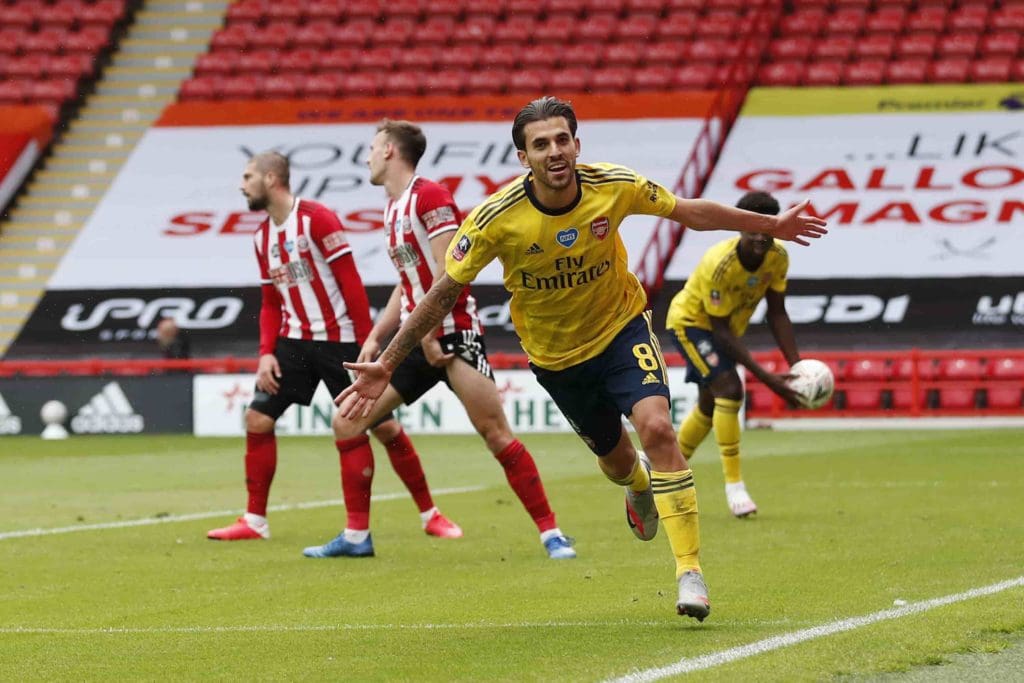 However, Dani Cabellos had other ideas as he won the match with a close-range finish. The Spaniard has been in North London for about a year now, but this was his first true moment. And with that, another No.8 has blasted Arsenal to a fixture at Wembley. And with European football looking a distinct possibility for the Gunners in the Premier League, winning the FA Cup could prove to be a key for them to win a Europa League spot.