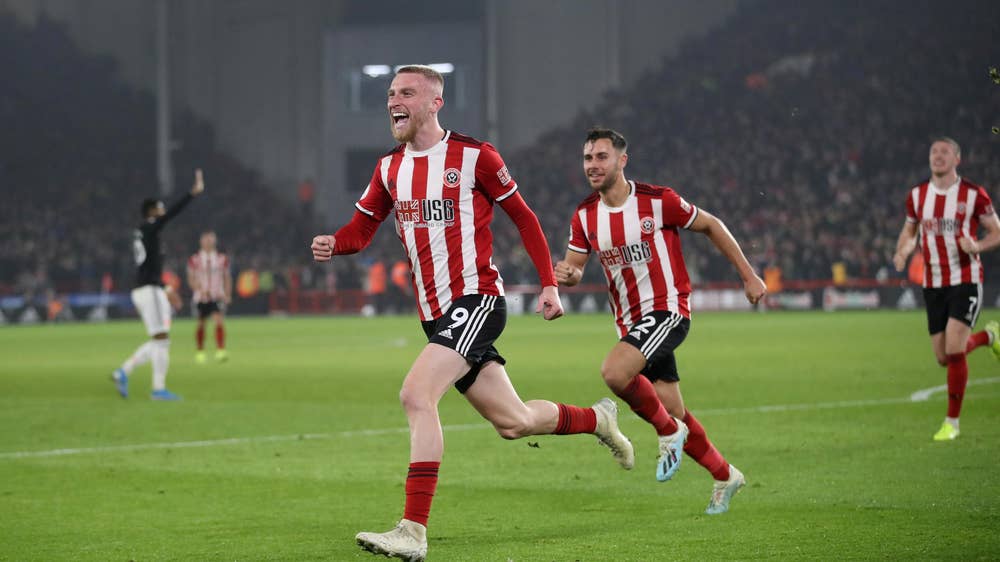 Manchester United visited Bramall lane expecting a tough fight from newly promoted Sheffield United. However, they did not expect to trail by two goals to nil. The hosts surprised Manchester United with a revamped attacking performance, causing trouble in the front of goal.

The first half was one which United players will be in a hurry to forget. The back three composed of Jones, Maguire and Lindelof, looked incompetent enough to cope up with the attacking runs of McGoldrick and Mousset. Brendan Williams started off the match well with few impressive blocks, but gradually fizzled out and a lapse in concentration got him into the ref’s book. Wan Bissaka didn’t have a particularly great defensive game and did not put in those many tackles as he’s known to. His attacking game however has largely improved. Phil Jones once again showed how he’s in no position to play for Manchester United. A few passion and aggression driven tackles in the first half looked impressive, but in the next few minutes, Jones made an error leading to the goal. He was completely off the defensive line and was pushed down fairly easily in a physical battle which Neville referred to as the easiest defensive duty for a centre back. Maguire and Lindelof did not have the defensive pairing expected out of them, which opens gates of opportunities for youngster Axel Tuanzabe. 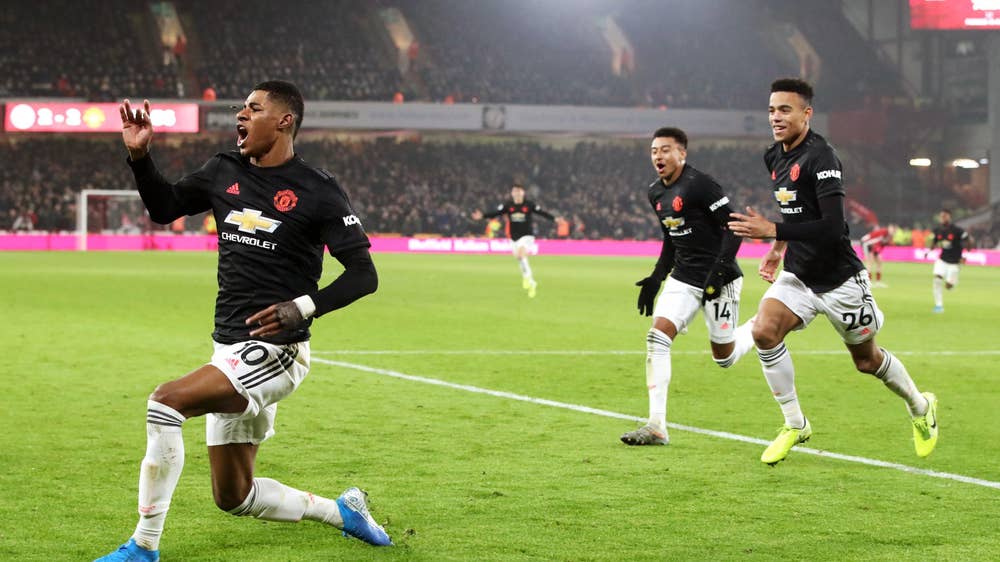 Fred and Pereira tried their level best in midfield and looked alright on possession. However, the calming presence of Scott McTominay was felt as the two midfielders played for the first time alongside each other, and lack of communication and defensive abilities led to several misplaced passes and it seemed like United’s midfield was virtually invisible. Having a two-man midfield and a dysfunctional back three, compelled Ole in making a change, bringing Lingard on for Jones, reverting to a 4-3-3.

Sheffield United deployed a back three too, and were set up in the 3-5-2 formation. They, however looked much more comfortable and commanding the game largely in the first half. They tested De Gea several times with the goalkeeper making a series of amazing saves, including an amazing double save off a shot from Lundstram and a header off McGoldrick. However, the inevitable soon occurred and Fleck scored as the ball ricochet off his thigh following another save by De Gea. The Blades started the second half in similar fashion and scored in the 52nd minute, courtesy of a 20 – yard shot by Mousset, into the bottom right. The midfield of Lundstram, Norwood and Fleck worked tirelessly and easily wove through the middle of the pitch creating a healthy link between attack and defence, an attribute clearly lacking in United’s game. 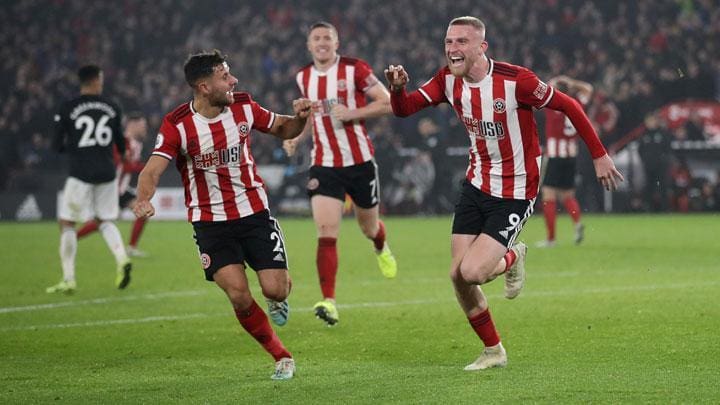 United produced some of their best football between the 70th and 80th minute with Williams striking the ball sweetly with his right foot straight into the bottom corner following a cross from Daniel James, in the 72nd minute. Soon after substitute, Mason Greenwood scored in the 77th minute, just 4 minutes after coming on, courtesy of a sublime pass by Rashford after which all Greenwood had to do was nudge the ball in. A couple of minutes later Rashford scored, following a quick run and cut back by Daniel James. The weak foot of Rashford passed the last defender and the goalkeeper to give United the lead.

However, in the 90th minute United probably let their guard down which led to a late equalizer by the hosts. McBurnie controlled Robinson’s cross and beat De Gea in a dramatic finish. VAR was brought in the recheck the goal which seemed to be scored after McBurnie controlled the ball with his hand, which later was shown to be the shoulder and the goal wasn’t ruled out.

The match was an exciting one with each team making the most out of the opponent’s lapses in concentration. United’s resurgence shows they were correct in placing their faith in the youth, but their last minute’s slip up shows they yet need an experienced figure. Both teams however will come away from the game in a bittersweet mood, with Sheffield slightly happier as they retain their 6th position.