Chris Wilder wants an ambitious setup at Sheffield United next season and is interested in Turkish shot-stopper Altay Bayındır.

The youngster joined Fenerbahçe from Ankaragücü for a paltry €1.5m last year and has had an impressive season at the club this year, also earning a call-up to the Turkish national team in November.

It was stated that Sheffield scouts were following the development of Altay and are prepared to make a bid for the youngster in this summer window.

The 22-year-old already has 42 appearances in the Turkish League, with 25 appearances for Fenerbahçe this season.

Sheffield are in a strong position in the table and are tipped to qualify for European football next season. But there is uncertainty around goalkeeper Dean Henderson’s future at the club, who is currently at loan from Manchester United and Sheffield are looking at alternatives in case Henderson returns to Manchester United in the summer.

However the Blades are set to face stiff competition from Ajax, who too will be looking at a replacement for goalkeeper Andre Onana who looks set to leave this window. Onana while talking to AD Sports recently said, “It was five great years here. But now my time has come to take a step. We made that appointment last year. I do not yet know what will happen, but my ambitions and agreements are clear.”

Fenerbahce manager Selahattin Baki, has close relations with Sheffield United having worked with the club before and Sheffield will hope to use that to their advantage to work out a deal for Altay.

Turkish newspaper Takvim, claim that Fenerbahce are in a weak financial position and will be looking to sell the goalkeeper for a minimum of 15 million euros. If Altay does leave this summer another Turkish youngster, Berke Özer who is on loan at Westerlo at Beligum from Fenerbahçe, will take over the gloves at the club. 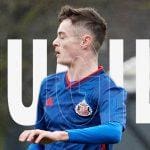 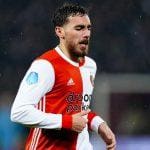 Can Arsenal target Orkun Kocku adapt to the Premier league?
Leave a comment