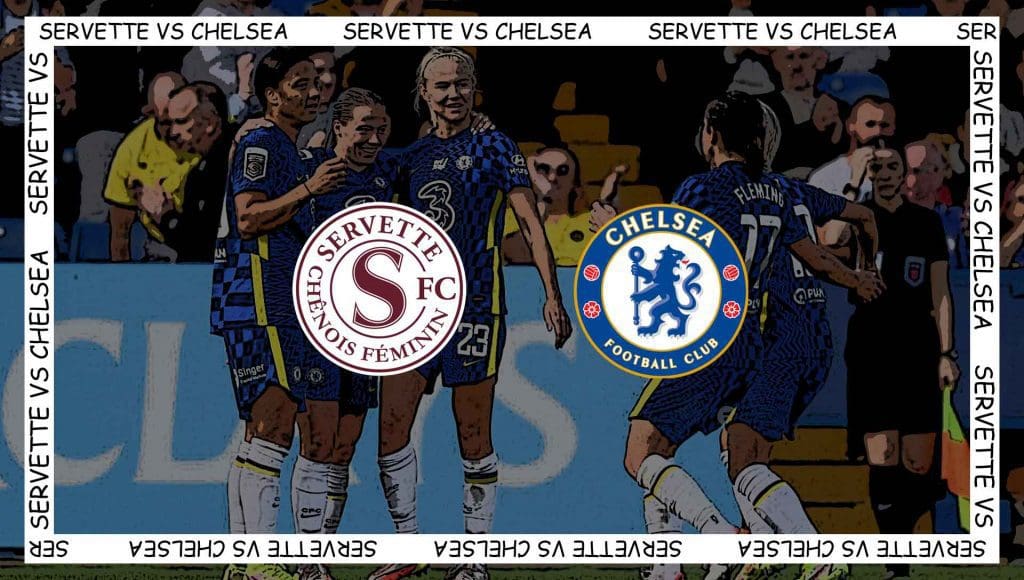 Chelsea Women and Servette Women are 2 very different teams. Chelsea are in the upper echelon of European football, and have gotten there through hard grafting (but having billionaire owners who aren’t afraid to be ambitious in women’s football obviously does help). However, Servette aren’t one of Europe’s elite, and have fought to be in this position by right and merit, climbing their way up to the top of the Swiss game. Are they different? Yes. But differing stories is what European competitions are all about, and this match showcases that better than any other.

Chelsea have had a great start to the season, but Emma Hayes’ side have narrowly avoided defeat on a few occasions now, which makes you wonder if a loss is round the corner. They have recently had to rely on their star players, with the likes of Fran Kirby, Sam Kerr and Pernille Harder have saved them on numerous occasions. Against Aston Villa, none of them started, but it was Jessie Fleming who proved to be the difference.

Servette haven’t been as competitive as they would have liked in the group stage so far, and have also dropped points in the Nationalliga A, and are currently sitting in fifth. A narrow win on penalties against Glasgow City was what allowed them to be here, and even for that, they won from behind. A 3-0 loss against Juventus showed that they needed to improve, but weren’t completely incompetent. But a 5-0 loss against Wolfsburg? That was humiliating, and they’ll be looking to improve on that.

Emma Hayes didn’t start her strongest team against Aston Villa, which may show that the Chelsea manager doesn’t want to take any chances after the draw against Wolfsburg. Any further slips and the Blues could be looking at no knockout football.

Éric Sévérac will obviously be playing his strongest team, especially as they just competed in a cup match. Servette have been unbeaten since their last UEFA Women’s Champions League match, in a run that they’ll look to keep.

Chelsea are the only worriers as Pernille Harder may not be fit enough to make the starting eleven due to an injury. Aniek Nouwen is unavailable after coming off with a problem against Aston Villa.

Another day, another win

I felt like I’d deviate from the normal with the match analysis, and focus on something which doesn’t talk about tactics, but about competitiveness. Chelsea will beat Servette unless they pull off a masterclass or Emma Hayes turns up blindsided. This is kind of sad. Football is all about unpredictability, so the fact that I’m confident they’ll win is saddening. This isn’t me taking anything away from Chelsea, it isn’t their fault that their team is so good, but it is kind of sad that some leagues are lagging behind the norm.

I could pick anyone. But everyone knows Pernille Harder is top for Chelsea on European nights. So instead, I’m going to leave you with a quote from her biggest competitor, Vivianne Miedema. In a UEFA article, the Dutch international said, “Harder is someone who has always performed well and always won the titles with Wolfsburg. In terms of playing style and technique, I constantly find her one of the better players.” She may be a doubt, but she’s still my key player.

Now, to be honest, Caroline Abbé is one of the only players in that Servette team I’ve heard of, so I apologise if I’ve offended anyone with that selection (or that comment). Anyway, Caroline is a defender who has formerly played for the likes of Bayern Munich, SC Freiburg, and FC Zurich before joining Servette in 2019. My reasons for picking her? She’s a good defender and they’re going to need one.

Arsenal Women 4-0 West Ham United Women: Match Report | WSL 2021/22
Cristiano Ronaldo is the hero at Manchester United but is also the reason they need one
To Top