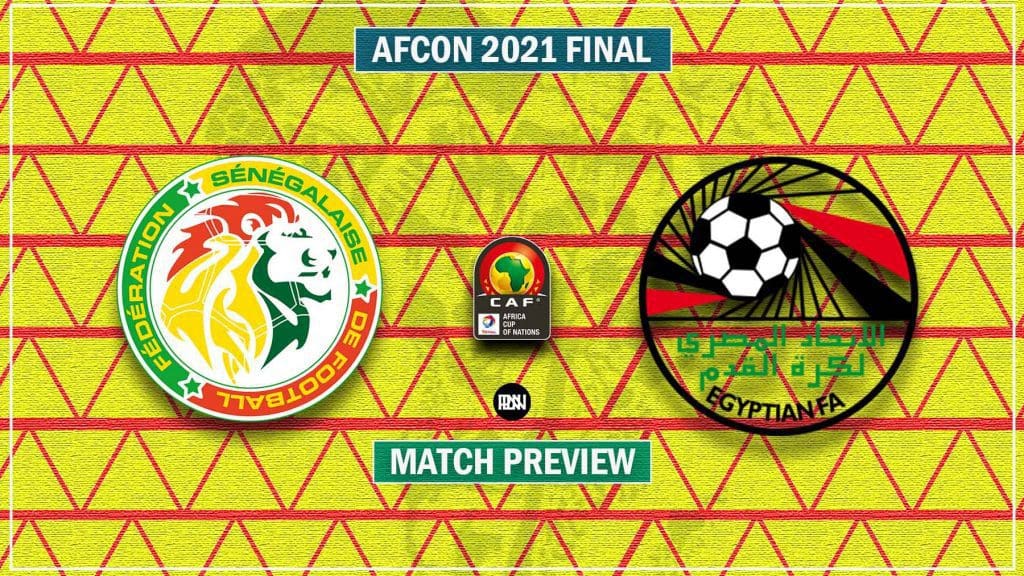 After almost one month of action, the 2021 Africa Cup of Nations come to an end on Sunday, January 6, at the Oleembe Stadium with Senegal coming up against Egypt.

Senegal secured a back-to-back final appearance after beating Burkina Faso in the semi-final on Wednesday with a 3-1 scoreline. The Teranga Lions were also in the final in the 2019 FCON, where they lost to Algeria.

Egypt on the other hand are making their first final appearance since losing Cameroon in the 2017 edition, but revenge taken on Thursday sees them progress to the final two ahead of the host nation.

The Pharaohs beat the Indomitable Lions on penalties in the second semi-final game at the Olembe Stadium to set up an epic clash with Senegal.

While Egypt are the seven-time winner of the competition, Senegal have been to two finals without winning any. In all, Aliou Cisse has been involved. The current head coach captained the side in 2002 final before leading them to the final also as a gaffer in 2019., losing both games.

It will be a great deal of contest for both countries with pride and honour to play for at the Olembe Stadium on Sunday. Who takes home the trophy and who goes back to do the homework?

Cisse will definitely be a proud coach considering the feat his side has been able to reach in the last three years, reaching back-to-back finals. With his squad, the gaffer has no injury concerns ahead of the fixture. Ismaila Sarr did not play any part of the first four games in the competition but the forward has been impressive in the last two games, scoring one (in the quarter-final) and assisting another in the 3-1 win over the Stallions. The Watford frontman could be handed a starting role in the game against the Pharaohs. Sadio Mane and Edouard Mendy will also start the game for the Teranga Lions.

For Egypt, Gabaski recovered in time to face Cameroon in the semi-final game, going on to make two saves during the penalty shootouts to help his side secure a place in the final. The second-choice goalkeeper could maintain his place in between the sticks for the Pharaohs on Sunday. No fresh injury was picked up in the game against the host nation but head coach Carlos Queiroz was shown a red card by refereeBakary Papa Gassama, which makes him unavailable in the final. Mohamed El-Shenawy, Ahmed Hegazy and Akram Tawfik are ruled out of the final as well.

Two of the participating teams with the best defensive records in the competition will be in the finals on Sunday. Senegal have conceded just twice and have scored nine goals, a record only bettered by Cameroon, who have 11 goals. Senegal’s game in the tournament has been evolving since their opening game. There were complaints of the team’s performances in the group stage but Cisse’s side have had a good run since the knockout stages, scoring three goals in back-to-back games. The Teranga Lions are the only side yet to taste a defeat so far in the competition after six games played. With a 4-2-3-1 formation, Senegal plays with little pressure and are able to dictate the pace of the game. Their double-pivot have been key to breaking down the attacks of the opponent which has contributed to them conceding less goals in the tournament.

For Egypt, they have conceded two times already in the competition just like Senegal but have had to rely on penalties to progress in their last two games. They have scored four goals in the competition and have also kept four clean sheets highlighting the importance of their defensive play. Their collective play has been the key behind their progression to the final and they will seek to repeat that against the Teranga Lions.

Many have already tagged this fixture to be a Liverpool final due to the vital role both Sadio Mane and Mohamed Salah play for their respective countries. The Liverpool duo are all chasing the first title for both Senegal and Egypt respectively and it is no coincidence that they will compete for the ultimate on Sunday, February 6.

However, this fixture is also far from just the two players with other Premier League players set to play a part in the game. Chelsea’s Mendy, Arsenal’s Mohamed Elneny, Trezeguet of Aston Villa and Watford’s Ismaila Sarr will also come to the party in the final showdown of the competition.

Keep an eye on all these Premier League-based players to have at least a cameo in the game but don’t forget the charming role of Mane and Salah. 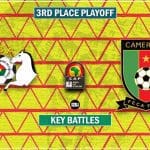 Burkina Faso vs Cameroon: 4 Key Clashes to look forward to | AFCON 2021
Next Article 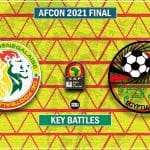