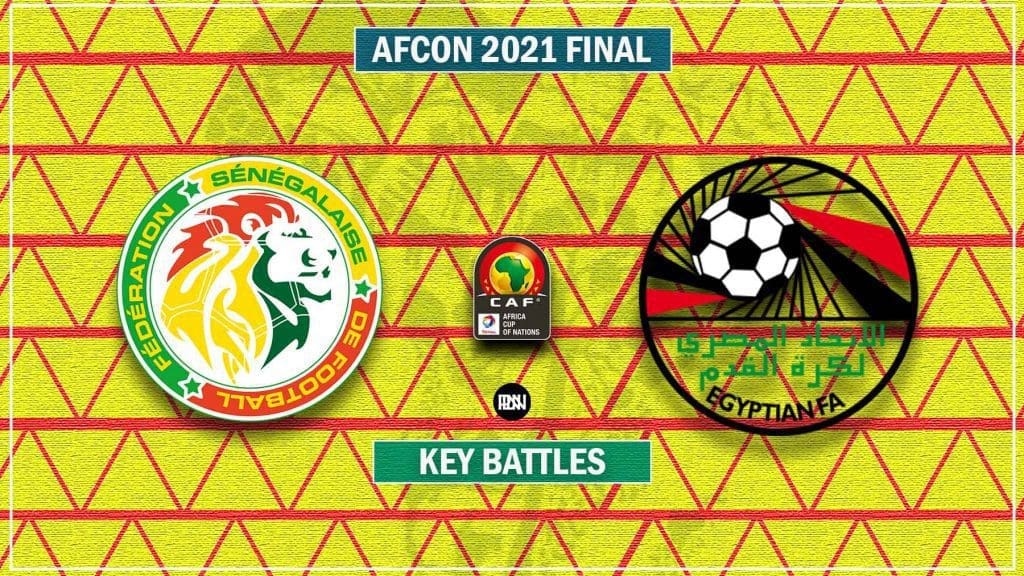 The grand finale of the 33rd edition of the Africa Cup of Nations comes up in grand style when Senegal take on Egypt for the ultimate prize at Olembe Stadium on Sunday, February 6.

The Teranga Lions will look to clinch their first-ever title against an Egyptian side who will be seeking to be African champions for a record-extending eighth time, after losing two Afcon finals, Senegal will look to end their disappointing run at the final stage and this highly-anticipated fixture gets us two of Liverpool’s leading forwards in Sadio Mane and Mohamed Salah battle it out for the ultimate glory.

Here are the key clashes to look forward to in this mouth-watering fixture.

The goalkeeping battle for Sunday’s night sees Chelsea’s Edouard Mendy in goal for Senegal with the brilliant Gabaski in goal for Egypt. Both goalkeepers have been impressive in this tournament considering the fact that they both did not start as main goalkeepers in the tournament.

Chelsea’s Edouard Mendy has 8 clean sheets in 20 appearances in the Premier League this season and 55 saves to his name without being any different in this tournament as well. Conceding two goals in three knockout stage games, Mendy has a huge test on Sunday night when Senegal take on the ever pacy Egyptian attack with the likes of Trezeguet, Marmoush, Zizou and Mohammed Salah.

With a great defensive set-up in front of Mendy, any chance created by the Egyptian attack will be a threat to his goal and thus he will need to be at his absolute best in the final. With great goalkeeping positioning and reflex ability, Edouard Mendy will be crucial for Senegal if they are to be crowned Champions of Africa for the first time.

The Chelsea goalkeeper has had a fine run in terms of winning trophies in the past year and will look to add another to his closet.

On the other hand, Egypt’s goalkeeping replacement for the injured Mohammed El Shannawy has been absolutely impressive and will look to be in goal when Senegal take on Egypt in the final. A heroic performance against hosts Cameroon on Thursday night saw Gabaski save two penalties during the shoot out against the indomitable lions which earned Egypt a spot in the finals of the competition. The Zamalek goalkeeper was crucial in their 120-minute fixture versus Morocco in the last eight and made a crucial save on Man united’s Eric Baily penalty to progress Egypt.

Despite his great performances, he faces a great threat in Sadio Mane and the Senegal attack as a whole and will have to be at his utmost best to help Egypt earn an eighth Afcon title.

The midfield battle for the final game of the tournament provides us with two great midfielders based in the Premier League for Leicester City and Arsenal respectively. Nampalys Mendy of Leicester City and Arsenal midfielder Mohammed Elneny club come up against each other. The performances put in by these players for their respective teams have been absolutely vital to their current position in the tournament.

Nampalys Mendy has made 4 appearances in the competition and amassed 342 minutes of game time. The defensive midfielder has accumulated just a single yellow card and won the man of the match award against Equatorial Guinea after his scintillating performance to help his side progress into the semi-final. He also had a great game when Senegal took on Coach Malo’s Burkina Faso in their impressive 3-1 performance last Wednesday.

Mendy reads the game magnificently and his ability to see that final pass to split an opponent’s defence will be necessary on Sunday night. Alongside Idrissa Gueye of Paris Saint Germain, Mendy will be crucial in midfield for the Lions of Teranga on the final day. His ability to play his way out of the opposition press and progress the ball quickly is his great asset in his closet.

Meanwhile, Arsenal’s Mohammed Elneny who has been very consistent in this Egyptian side has made 6 appearances and will be key for Egypt on Sunday night. The Egyptian midfielder has accumulated two yellow cards in this tournament. In terms of the aerial duels, Elneny will look to overshadow Mendy and Gueye with his height in midfield. A very good passer of the ball and a key player in Egypt’s midfield, Elneny will look to find Salah and Marmoush for the most part of the final in their wide areas where they can be so dangerous especially on the break.

Heavily trusted by Carlos Queiroz, Mohammed Elneny will look to increase his chances of playing more for Arsenal with a good performance in the final against Senegal. The Egyptian players will look to find him as often as possible in midfield to switch the play as he controls the pace of the game.

A huge battle to look forward to between these two Premier League midfielders.

The clash of all other clashes. One that is highly anticipated by football fans all over the world for Sunday night. Liverpool’s two forwards come up against each other in the quest to achieve the ultimate prize in African football. Both are goal scorers, dynamic in their play with electrifying pace whenever they surge forward. One of Liverpool’s forwards will be crowned Champion of Africa but who would it be?

Sadio Mane. Known for his pace and ability to cut in from the wide areas, the Liverpool talisman makes it to back to back Afcon finals and will look to end Senegal’s disappointing run in the finals of the competition.

With eight goals and an assist in the first round of games in the premier league, Sadio Mane continues to be impressive for Senegal and Liverpool and averages 0.4 goals per match in the premier league. With three goals and two assists in six games in this competition, Mane looks forward to taking Senegal to the biggest prize. He will be a major threat from the left flank with his well-timed runs in behind the opposition’s defence and his ability to pick the right pass in attacking areas. The 2019 champions league winner is on the verge of winning another trophy this time with his country. To achieve this, it must be at the expense of his teammate Mohammed Salah.

However, Mohammed Salah has had an even better start to the season in the premier to be precise. The Liverpool winger and Egypt Skipper will look to do everything within his ability to help Egypt attain the 8th Afcon title when he comes up against teammate Sadio Mane and a well-drilled Senegalese defence.

Top scorer in the premier league with 16 goals and 9 assists, Mohammed Salah is having the season of his career and will be the target man of the Pharaohs’ attack on Sunday night.

Averaging 0.8 goals per game in the premier league this season and 80 shots, Salah is a huge threat from wide areas and in the middle of the pitch as well. It is obvious that the Egyptian has improved his passing ability and enlightened his vision on the field to be able to pick the right pass and against the Lions of Teranga, with 2 goals and an assist in this tournament, Salah will have to be at his absolute best if Egypt are to stand a chance of winning the trophy for the eighth time. 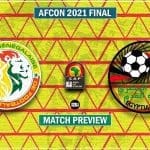 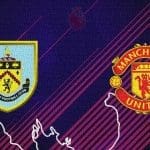