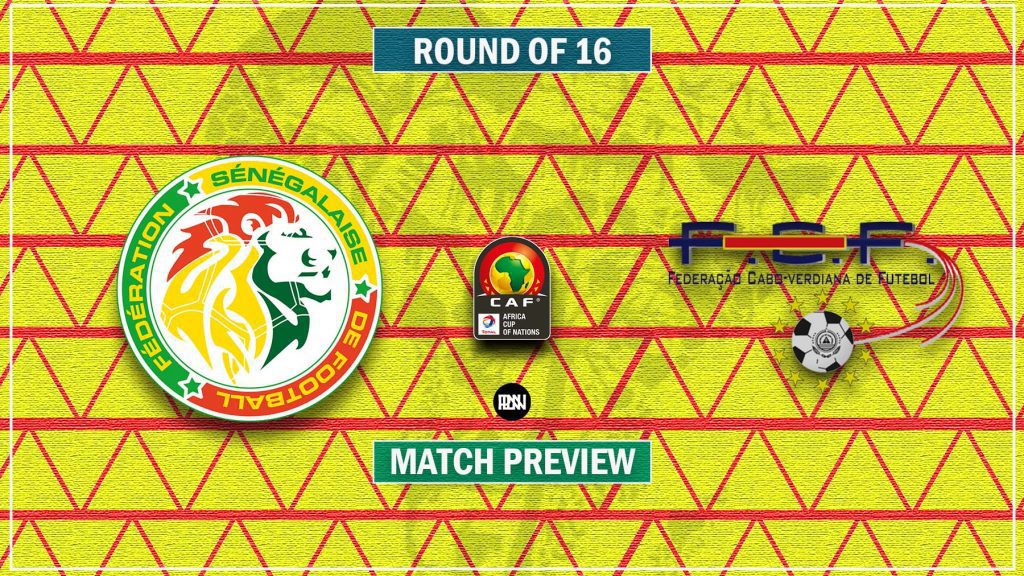 Sadio Mane and Senegal will be hoping to make light work of Cape Verde when the two teams come up against each other on Tuesday, January 25.

Senegal have not had a smooth run in the competition so far compared to the last edition, where they outplayed all their opponents except the two games against Algeria.

Cape Verde advanced to the last 16 of the tournament after playing out a 1-1 draw with Cameroon in their last group game in Group A, adding to the three points they earned after defeating Ethiopia.

Senegal also recorded one win in Group B while also drawing their games against Guinea and Malawi. The Teranga Lions have been far from convincing this tournament but they have an opportunity to get their campaign to the best possible way in midweek.

With a place in the last 8 up for grabs, Senegal definitely stand tall as compared to the Blue Sharks.

Senegal are set to be without Crystal Palace midfielder, Cheikhou Kouyate, who is suspended for this encounter due to yellow card accumulation. The defensive midfielder picked up to yellow cards in the group stage ruling him out of the last 16 tie. Edouard Mendy played his first game of the tournament against Malawi and will be between the posts against Cape Verde.

Cape Verde have no injury concerns for this game. Bubista and his boys are hoping to cause an upset against Tuesday’s opposition having seen Gambia and Tunisia knock out heavyweights like Guinea and Nigeria respectively. The gaffer is expected to keep the same line-up that held Cameroon to a stalemate in their last game. However, Gary Rodrigues could come into the starting line-up for the clash.

Prior to the start of the tournament, Senegal were regarded as one of the three top countries to lift the ultimate due to the quality of their squad. However, their games so far have proved otherwise and Cape Verde stand a chance against 2019’s finalist.

The Blue Sharks are a team that have resorted to hitting teams on the counter-attack and making use of the loopholes they chance on. That was the exact case in their games against Ethiopia and Cameroon.

Suited to a more 5-3-2 formation, Cape Verde will look to cut out the supplies from Senegal’s wingers – Mane and Boulaye Dia, while Habib Diallo will be counting on the support from the two.

The midfielder battle will also be a key one to watch but Senegal’s middlemen should be able to dictate the course of play.

Liverpool’s Mane and Chelsea‘s Mendy will be the players representing the English Premier League. Mane’s excuse has been the timing of Senegal’s games, which has been the rationale for the team’s bad performances. But the Liverpool forward would have to get his teammates playing the very best of football. He is regarded as the face of the team and would have to play as such.

Mendy also needs to be at his best to keep his side in the game and ensure that thy book a place in the next round of the competition.