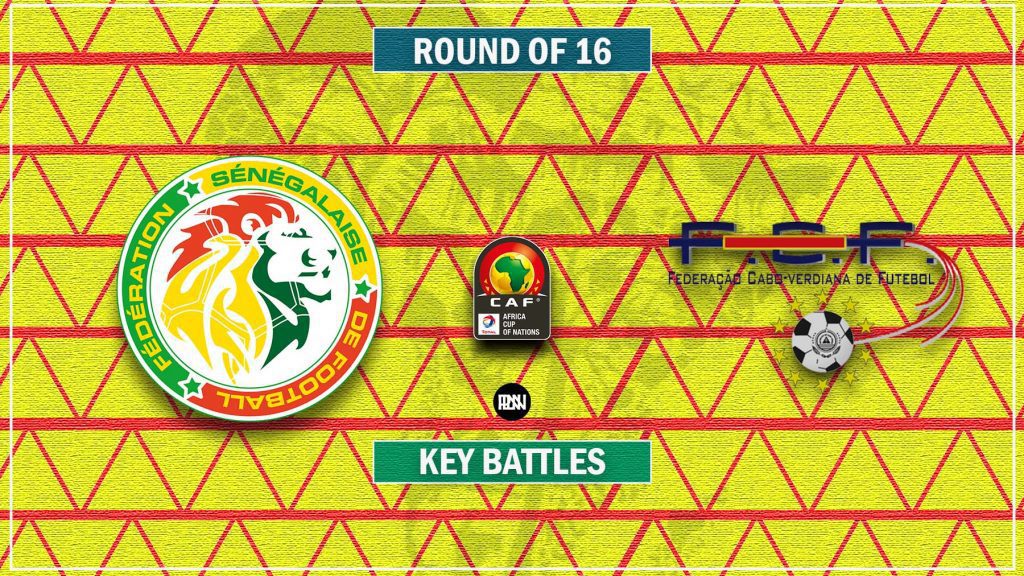 Senegal and Cape Verde will go head-to-head on Tuesday, January 25, with a spot in the quarter-final up for grabs. Both teams are yet to lift the AFCON trophy in several attempts but it is Senegal who have come the closest in recent times to end their wait.

The Teranga Lions lost the 2019 edition final to Algeria but have once again come into this edition as one of the team’s to watch.

In this article, Premier League News Now looks at the possible deciding battles of the clash on Tuesday.

Mane is obviously aware there is much more responsibility on him at the moment than there was in the group stage of the competition. The Liverpool forward has scored just once in the competition, coming from the spot in the opening game against Zimbabwe. The enterprising winger will look to find his rhythm against the Blue Sharks, and that would mean powering them into the next stage of the Africa Cup of Nations. Mane has started all three previous games and should be given the nod once again on Tuesday.

Gary Rodrigues, on the other hand, has been involved in two goals in three games for the Blue Sharks, including the equaliser against Cameroon to seal a place in the next round of the competition. The 31-year-old will be operating from the left side of Cape Verde’s midfield, giving him the room to support the attackers and be the creative spark. The midfielder has been involved in a goal every 203 minutes in the competition.

In Mendy’s first appearance at the showpiece, he was not threatened much as his side were held to a scoreless draw against Malawi. However, the game against Cape Verde is quite a different test and the Chelsea shot-stopper could get busy across all fronts. Mendy has been good since that move to Chelsea and the continental showpiece could as well see him cement his dominance on the continent.

After missing the opening game against Ethiopia, Vozinha has been in post for the other two group games. On average, the AEL Limassol goalkeeper has managed 2.5 saves per game. He is yet to keep a clean sheet in the competition so far and it is unlikely he will manage one against a stat-studded Senegalese side. However, turning up with the right attitude to get him to send his team to the next round.

What a battle these two will be for their teams. Kalidou Koulibaly, just like Mendy, also made his first appearance in the game against Malawi. Though yet to regain the full momentum, the Napoli centre-back was quite good on the day but could have cost his team a goal with an error leading to a shot. He will need to avoid making a similar mistake when they play Cape Verde.

Roberto Lopes has started all three games for the Blue Sharks. For Bubista’s team, the Shamrock Rovers central defender has been key to conceding just two goals in the competition. Lopes averages 2.3 interceptions per game and 1.3 tackles per game, which is up there with the very best in the competition in terms of defensive performances in this competition. He also has just one clean sheet to his name.

The game is expected to kick off at 16:00 GMT on Tuesday, January 25, at the Kouekong Stadium.

Senegal vs Cape Verde: Match Preview | AFCON 2021
Toffees closing in on Vitor Pereira for the vacant role
To Top