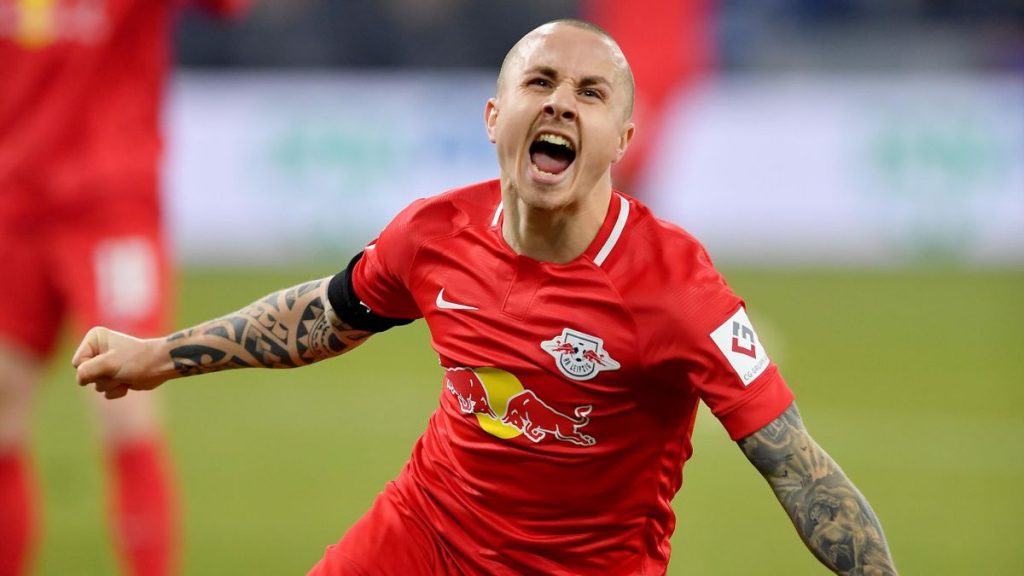 Manchester City looks to have made a terrible decision in loaning Angelino to RB Leipzig with an option to make the move permanent for £16.3 million. The 23-year-old Spanish full-back has been signed by Julian Nagelsmann’s side and is their man now.

This already looked like a bargain deal when Angelino started to impress from the start in the Red and White jersey. The youngster attracted the attention of many from his performances both in the Bundesliga and Champions League.

Angelino became Nagelsmann’s regular start from the moment he joined Leipzig and has not looked back since. He has been consistent enough to make Manchester City realise the HUGE mistake they had made in loaning him with a deal of allowing his transfer to be penned, that too for only £16.3 million.

According to WhoSchored, Angelino has averaged a rating of 7.46 in Germany having scored five goals already for the club. The stats clearly display the magnitude of Manchester City’s loss which is somewhere equivalent to their sale of Jadon Sancho to Borussia Dortmund.

The defender won a lot of Manchester City fans after scoring a winner in Leipzig’s 3-2 win over Manchester United that knocked Ole Gunnar Solksjaer’s team out of the tournament.

Angelino also rates better than the likes of Benjamin Mendy, Oleksandr Zinchenko, and Nathan Ake, who all have played as a full-back for Manchester City. Does this suggest that Manchester City has made a mess out of Angelino’s sale?

The Spanish youngster never really got a chance to perform for Manchester City and impress Pep Guardiola having gotten only 15 appearances under his belt. Because of lack of game time, City’s sporting director, Aitor “Txiki” Begiristain Mujika had to loan him to Leipzig, the decision that he will be regretting after looking at Angelino’s run of form.

Angelino had a clause of playing 12 games in Bundesliga before he is signed on a permanent basis by Leipzig. He passed that figure on Friday night when he started the Bundesliga clash against Augsburg and the German club made no delay in pinning him down for four-and-half-year.

What does Angelino feel about his transfer?

“I have that thorn of why I did not play more or I did not quite fit in [at City]. But that helped me get here, meet the coach, the group, and reach the semis in the Champions League,” Angelino said in November.

“If I’m honest, I’m here for [head coach Julian] Nagelsmann. I signed again for him. I was very happy with him, the way he played, everything, everything he transmits, the tactics, fits me perfectly. He’s the reason I’m here. Obviously, the relationship with colleagues is also very good.

“Something came out of interest [from Barcelona], but Leipzig pulled a lot for me to come back and in my head, I wanted to be calm and continue enjoying football like I was doing in recent months and stay there.”

The deal was always going to take place with Angelino never being a part of Pep Guardiola’s side and a key player in Nagelsman’s plan. The German coach has used the full-back’s versatility brilliantly using him as a wing-back and even as a midfielder at times. Pep Guardiola could not see the versatility hidden in the Spaniard which may soon cost his team if they are to face Leipzig in the Premier League.

Is it a HUGE loss as we term it to be? OR Is it one more footballer leaving City to give way for a greater talent?

Burnley vs Arsenal: Preview | Premier League 2020/21
Chelsea’s coming of age performance against Liverpool was due & Tuchel deserves the credit for it
To Top