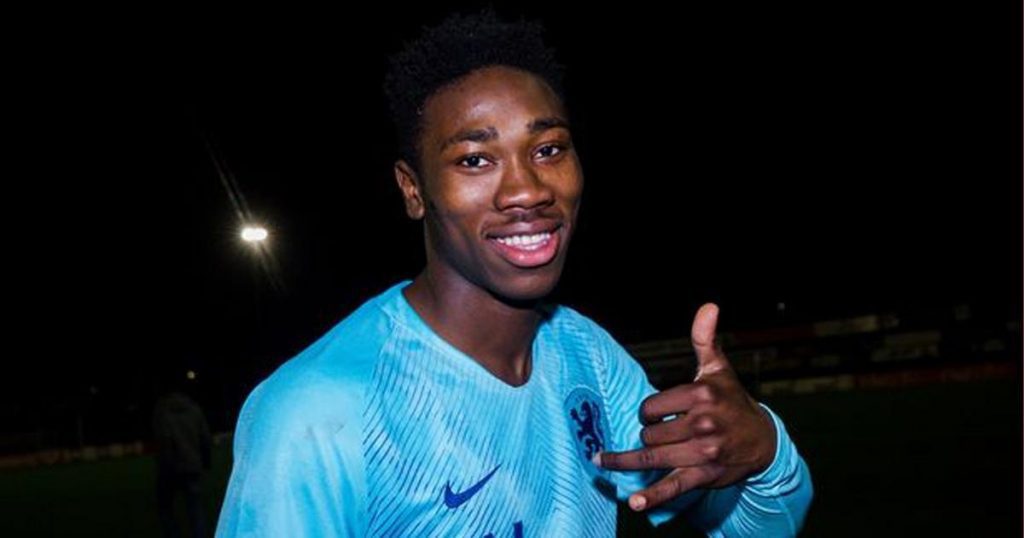 Mohamed Sankoh is a 16-year-old Netherland international striker, who ply his trade for Stoke City.

Sankoh has been famously dubbed the new Romelu Lukaku, based on their similar physical attributes and prolific strike rate and is also eligible to represent Sierra Leone. He has made a lot of improvement this season, with high catching performances, which has seen him score nine goals and assist further nine in 16 appearances at Under-18 level this campaign.

Recently, Stoke City’s academy director Gareth Owen praised Sankoh, as he said: “It will be interesting to see how he develops and we have every faith that he will respond positively.”

“There are opportunities there.”

Chelsea are arguably one of the best Premier league club that has a record of producing great academy graduates. Their ability to nurture and promote their youngsters has seen them giving as high as eight academy graduates a first team experience this season, an achievement which has generated so many headlines and praises between the fans and medias.

Such opportunities given to their academy youngsters at a big club like Chelsea, will surely play a role in convincing Sankoh and his representatives to make a move to Chelsea, were his development can further be nurtured and assured.

Stoke are said to be having financial difficulties coupled with their league struggle which has seen them in 17th position, fighting against relegation battle in  the Championship. Their struggles on and off the pitch will definitely play a huge role in considering letting their hottest prospect to move away from the club if Chelsea’s proposal is compelling enough to convince the club’s management.