Nations League was considered by many as unnecessary and too much for players to deal with after their long and drawn-out seasons with their respective clubs, but it opened the doors to new beginnings for some. Josip Sutalo was one of those players.

Croatia’s manager Zlatko Dalić gave youth a chance this time around as a new influx of talent emerged for Croatia. Lovren and Vida might still be considered starters for some but Erlić and Šutalo proved to be a top pairing and they’ll have every reason to be knocking on the first eleven doors next time around.

Many heads have turned around Šutalo’s performances and Dinamo are willing to sell this summer. Dinamo are expecting around €15m from his sale but the injury he sustained a week ago could ruin their plans.

ON AND OFF THE BALL

Šutalo is very comfortable with the ball at his feet, be that when his picking people out with passes or going on adventures driving up with the ball. He’s a good passer, both short and long but not spectacular as his passes come off slightly under-hit at moments.

He’s composed and draws parallels to Laurent Koscielny when I look at him. Similar stature and style.

He’s among the top ball-playing CBs in the Croatian League and it’s not hard to understand why. He is fearless when it comes to being pressed and isn’t afraid to pull the trigger on a pass when being heavily pressed. He trusts his first touch and technique to get him out of those situations.

He’s a great dribbler for a CB and often uses both feet when coming out with the ball. His vision is also of good quality.

Šutalo is more of an aggressor type rather than a sweeper, although he’s fine with both roles. The reason I say that is that he loves intercepting play while sneaking up on attackers and using his body to trap them just as they’re about to get the ball or turn.

He’s adept at using both feet to execute tackles and doesn’t have a preference of which foot he’ll slide in with. He does it in really fluid motion as well, snip-snap and he’s outta there with the ball in his feet. Very clean technique.

He doesn’t mind a stand-up or a ground battle when going into duels. However, he can surrender his position sometimes by being overly eager to get to the ball.

Croatia lined up in a 4-3-3 with a fairly fresh look. This was only Šutalo’s second appearance for Croatia while his partner in defence, Erlić, was making his third appearance for the national team. France manager Deschamps did some experimenting on his own but still came with a very strong side featuring some key players like Benzema and Mbappe. It pretty much doesn’t get worse than that if you’re a defender but Šutalo was one of Croatia’s top performers.

Croatia’s defence had to stick together and not allow for any big space to appear between them. Mbappe, Benzema and Nkunku had a license to roam and cause chaos with their movement and combinations. The whole back four did a good job throughout the game but Erlić-Šutalo pairing was key for the victory.

He’s shown a good level of awareness throughout the whole game, checking his shoulders regularly and tracking runners on time. Here he spots Guendouzi making a forward run in behind his fullback who lefts big space to go and press.

Mbappe was the main troublemaker, often taking the ball in his stride to look for a wall pass before continuing his run. Šutalo deals with it well in this situation as the safety valve for Croatia’s midfield who were bypassed. His interceptions were on point in this game.

Šutalo is a good passer and he generally has brilliant pass selection, just risky enough but without overstepping the line. He’s shown me glimpses of real composure on the ball comparable to the top CBs, evident to see when he delays the pass drawing the press in and then slicing through them BUT he needs maturing and polishing (which is understandable for a 22-year-old CB). I’ve said how he can sometimes slightly underhit passes and it shows in this clip despite him picking the right option. He cleans up well after a lost ball from his teammate afterwards.

You can tell that he already has a knack for dealing with pressure situations with the ball and he really isn’t afraid to show it. Maignan reacts well on a through ball but the initiative was brilliant.

All in all, he had a great game and he definitely put people on notice with his performance. Solid base to build a future on as a Croatia international.

Josip Sutalo is a top prospect with a heavy price tag on his shoulders. Dinamo’s academy has produced some of the biggest names in world football and they’re fully aware of it. Modrić, Mandžukić, Kovačić, Brozović are just some of the names they’ve put out in recent years.

Šutalo still has a frame to fill out and pairing him up with an experienced sweeper type would do him a world of good. He can be pinned and overrun sometimes and still needs maturing as a player but his ceiling is high. He’s definitely comfortable on the ball everywhere and while he’s smart positioning-wise and in duels, I would like him to become just that more of a presence. He’s an agile defender who loves defending high up the pitch and one who isn’t afraid to leave his position to be a pest for CFs who drop deeper.

Whoever gets him has a project defender on their hands. I’m sure his price could easily double over the next few years when he gets his move. 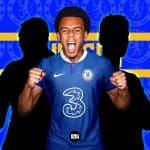 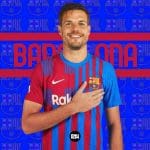