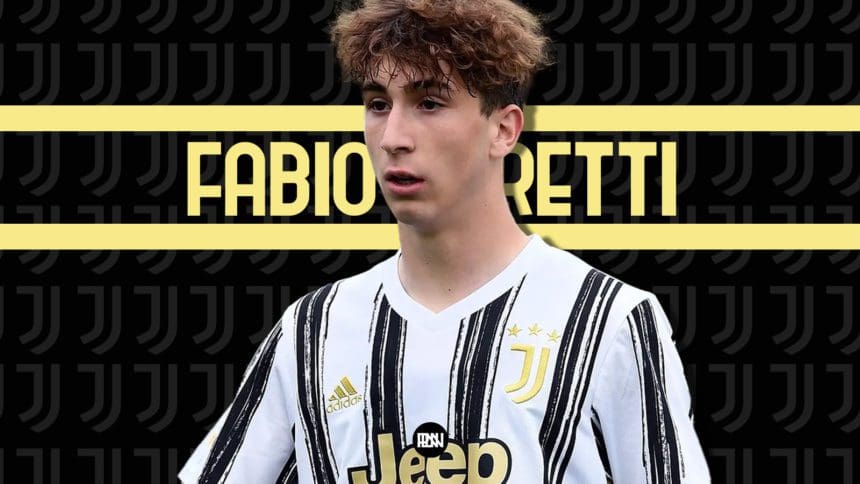 Turin lays in ruin. Not too long ago, victory echoed in the alleys of Piedmont & jubilance coursed through the veins of the I gobbi. But soon, complacency & corruption seeped in. Now, chaos consumes the once great Bianconeri. However, from the feeble Bianconeri army, rising through the ranks comes a soldier, one who could restore lost glory back to the grandiose kingdom in Turin, one of their own: Fabio Miretti.

If you never knew limitations, you would never fear pushing beyond them. Perhaps that’s why Fabio excels. The Italian’s ability to adapt to any role in the middle of the park and dominate the area is astounding. Enabled by his excellent control on the ball, the midfielder proves to be a great outlet to hold onto the ball. Whenever he has featured for Juventus this season, his presence has bolstered the team’s ability to retain possession.

To remain unfettered by the minute intricacies linked to every position requires a strong foundation. Fabio possesses one. The Italian has an immense desire to orchestrate play & he can do it from any area in the midfield. A great distributor of the ball, he manages to slot into the role of a deep lying playmaker perfectly. His fluid body positioning & excellent vision in playing long balls from deep bear similarities to Toni Kroos.

A good dribbler and strong on the ball, the teenager can also slot in as an ‘8’ & on the rare occasion as a ‘10’. His tendency to find gaps in between lines & create chances through excellent forward passing make him lethal in either position. However, functioning as a ‘10’ doesn’t fully utilize all his qualities.

Miretti is a player any coach would love to have. Blessed with incredible stamina, the teenager is a powerhouse out of possession. He likes challenging the opposition for the ball and his strong physical presence in the middle has helped Juve win possession back multiple times.

In an extremely rough league like the Serie A, technical ability truly determines if a player will prosper in Italy. So far, the Piedmont resident has displayed a sense of maturity and sublime control over the ball. While he still hasn’t found the right position for himself, taking into account his qualities, the best suited role for him might be the ‘free 8’, similar to De Bruyne at Manchester City.

Fabio Miretti’s positioning this season has been quite interesting. Often deployed on the left of the midfield, the youngster has constantly slipped in between lines to receive passes. His heatmap too indicates his heavy presence in the left inside channel. His impressive 7.76 progressive passes received p90 further highlight his wonderful positioning in between the lines. Unfortunately, the ball hasn’t found him enough times.

When he does receive the ball, the midfielder has made good use of it. This season, he has averaged 6.33 p90 progressive carries towards the oppositions’ goal.  He also almost averages a carry into the 18-yard box a game. His refusal to lose possession easily has seen him average 2.82 touches in the penalty area in the last year. This places him in the 92nd percentile of the stat. Impressive to say the least.

Someone once rightly stated that passing is an art which needs to be mastered. Till now, the midfielder has recorded a 72% passing rate in Serie A. This is a significant drop from his 82% last season. Nevertheless, it’s important to keep in mind his ambitious nature in playmaking & the inconsistency in his playtime.

His urge to orchestrate play has seen him become the creative hub of the team. His ambitious nature in passing reflects in his 19 SCA this season. In context, among peers, only Cuadrado averages more SCA p90 than Miretti with a whopping 4.02 per 90. Furthermore, the Italian is also responsible for 3 GCA. Yet again only the veteran Cuadrado has more with 4.  Allegri’s skepticism in fielding the Italian in favor of more experienced players despite poor returns continues to be unwarranted.

Defensive duties aka “the dirty work”. For most attack minded midfielders, “the dirty work” introduces lethargy into their body beyond a point. But, not Fabio Miretti. He has played in many positions and he has particularly thrived in the box-to-box midfielder role. Blessed with incredible amounts of stamina, the Italian is a pressing machine. His 26.5 pressures per 90 in the league define his hunger to win the ball back. He keeps pressing and finds in the right time to dive into challenges without earning himself a card. He also averages a decent number of defensive actions per 90. A complete beast.

At 19, Miretti already looks very mature. He possesses all the qualities a player needs to thrive at a big club. In spite of his evident talent, the broken system of Juventus might hamper his growth. Outperforming experienced players like Locatelli, Rabiot in a multitude of aspects is a big achievement at his young age. His pressing, control on the ball and playmaking abilities make him a great prospect to suit a top possession-based side like Arsenal. 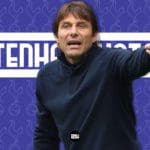 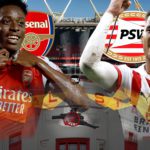