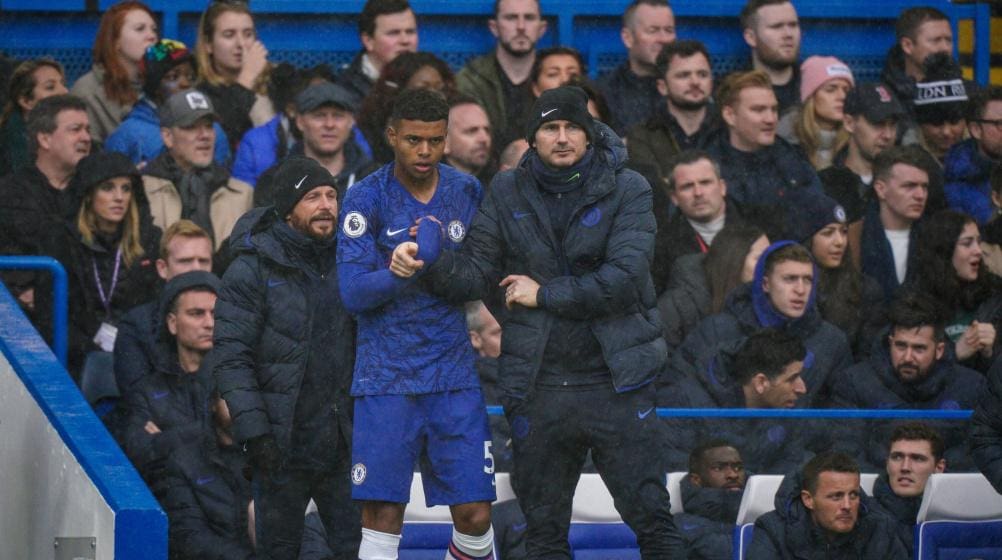 Chelsea has been producing young talents over years and with Frank in-charge they are getting the opportunities they deserve. Earlier only a few names were known to make a cut from the Chelsea academy to the senior team, but time has now changed. With the introduction of Frank as the manager and a transfer ban enforced in the previous season, it was the perfect time for ‘Cubs of Cobham’ to impress at the highest level. Reece James, Mason Mount, Tammy Abraham, Hudson-Odoi, Fikayo Tomori and Billy Gilmour all have made a cut from the Chelsea academy and all today hold a bright future in the blue jersey.

With chances looking brighter than ever to make a cut in to the first team, many youngsters are giving their best to impress the concerned ones. Here we look one such talented guy, Faustino Anjorin.

Who is Tino Anjorin?

Faustino Anjorin is an 18-year-old England-born midfielder playing for Chelsea at the academy level and has represented England at the Under 17, 18 and 19 levels but is also eligible to represent Nigeria through his father. He has been at the Chelsea academy since he was six-years-old and has signed a new 5-year deal earlier this year.

Why is he special?

A perfect box-to-box midfielder, he aspires to replicate a career similar to the club legend and current first team manager, Frank Lampard. He is at his best when deployed as a no.8 and is very well suited to score from both outside and inside the box. He is 6’1 ft and also pretty strong on the ball. His ball control and passing has always been appreciated by his mentors.

He was impressive for Chelsea U-18 squad where he had 21 goal contributions in 32 matches he played. This got him promotion to the Development squad and since then he has returned 0.93 goal contributions per 90 minutes he played. He has a balanced ratio of Goals and Assists showing the versatile nature he possesses. Adding to this, he was the highest scorer for Chelsea’s Development squad last season, before the league curtailed due to lockdown.

For England, he has played 10 games at U-18 and U-19 levels and has returned 5 goal contributions.

Owing to his impressive stats and flair on the ground, he has received offers from Manchester City, Manchester United, Liverpool, Arsenal and Borussia Dortmund. Rejecting them all, he signed a new contract for the Blues tying him at Chelsea until 2025 earlier this year.

Anjorin has already earned himself a Premier League debut the previous season when he came off the bench for Chelsea in their match against Everton. Also he made his first senior appearance for the club when he was one of the substitutes in Chelsea’s convincing 7-1 win over Grimsby in the Carabao Cup. So with all this already under his belt, this season Anjorin eyes some decent minutes under Lampard. He is part of the 25 man squad of Chelsea announced for their Champions League campaign.

One positive for him could be the position he plays in as Frank has implemented a 4-3-3 system with two no.8s and with Barkley and RLC out on loan, he could get some minutes if Frank decides to rest his main team players.

No one knows what future holds for him, but Anjorin certainly is a ‘player to watch out’ for as he was part of 100 nominees for Golden Boy Award 2020. Decent loan spells for a year or two, as a Chelsea tradition, could be lined-up ahead for him or a direct entry to Chelsea first team like Callum Hudson-Odoi cannot be ruled out as well.

Dark Horses for a top six place this season!
Top 5 Leeds United players of all time
To Top