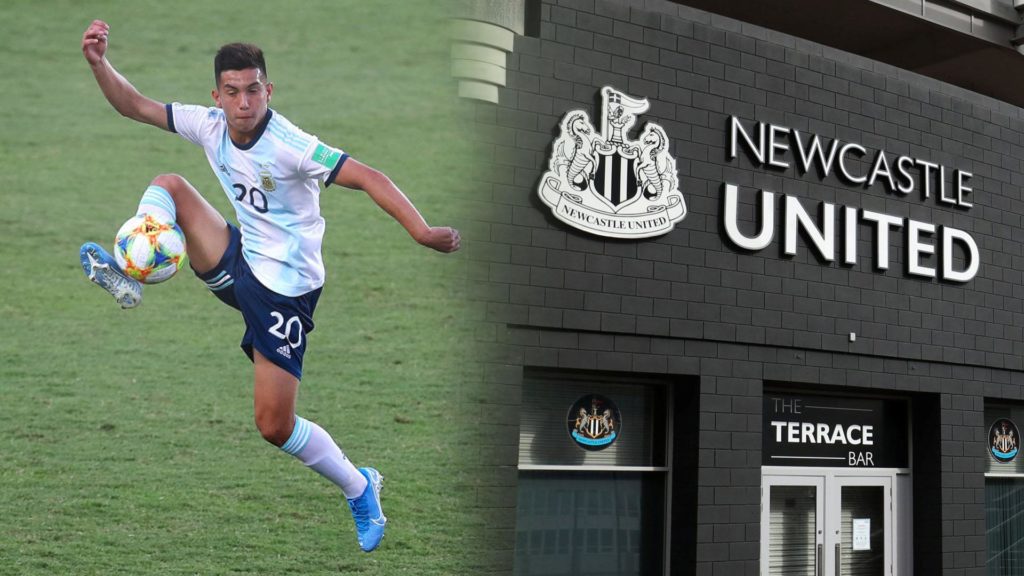 According to the reports in El Intransigente (Argentinean Newspaper), Newcastle United are one of the sides interested in 18-year-old Independiente forward Alan Velasco.

Alan made his senior debut for Club Independiente at the tender age of 16 in Copa Sudamericana. Now, Velasco is certainly one of the hottest young prospects in Argentina with European clubs such as Newcastle United, Parma, AS Monaco, and Lyon are hovering about the talent.

Excelling with the ball at his feet the winger has a diminutive size which makes him pacey with a low center of gravity. He primarily plays as a winger but also very potent while playing as a second striker or No.10.

The Boy is blessed with an exquisite first touch and finishing. Quoting his finishing ability his club director once compared him to ‘Kun Aguero’. He has razor-sharp skills and close control. Most of his goals came from direct powerful running at defences while he is also very good at taking shots from close angles.

Velasco is also very able at twisting and turning to create that extra yard to either cross or exploit the space. To unbalance his marker he often uses feints, shoulder drops, stop go’s, fake movements, and change of pace. Very dangerous in 1v1 situations. If we observe his team always try to overload the other side and switch the play to him on the wing so that Alan can run directly at defenders and cause all sorts of problems with his dribbling prowess and to finally release a shot or either cut inside to lay one for a teammate.

Some of his numbers from 19/20 are pretty impressive 5.90 dribbles per game, 3.71 fouls gained per game, 3.2 touches inside the box per game, 2.7 progressive runs per game, 1.77 accurate crosses per game and 1.52 shot assists per game highlights his class.

Obviously, Velasco has shortcomings in his game, he sometimes overdoes things and makes bad decisions while making the final pass. However, for a player of his age, you can expect these to fade away by time and experience.

Alan also earned rave reviews for his youth international performance for Argentina U-17, his former manager Fernando Beron praised him by saying :-

“He is bold. In one on one he dribbles without problems and that marks his personality. If he grows, I have no doubt that the club has a diamond in the rough. He is a humble, educated kid. I see him with his head screwed on. He doesn’t show arrogance at all and always wants to learn”

The boy is very highly rated in Argentina and currently has a release clause of around £18 million seems much but after recent pickups of Rodrigo, Vinicius Jr, and Militao in a combined £121 million by Real Madrid the market is soaring up there in South America for these young prospects. Although Independiente are not that financially stable in post virus market and would take anything decent for their talent.

As per Newcastle’s perspective, the clubs Head Scout Steve Nickson is involved heavily scouting talents from the South American region with Miguel Almiron, Joelinton, and Rodrigo Vilca all from the region. There are very high chances Alan Velasco will be on his radar. But his large transfer fee makes him very risky.

We will see soon would the Scouting team (Mike Ashley) will take a risky call on the youngster or not. But clearly, the player has the talent and is on the radar of many European teams.

Tottenham could lose one of their bright stars to Real Madrid?
How will Newcastle United Fare against Arsenal in the FA Cup?
To Top