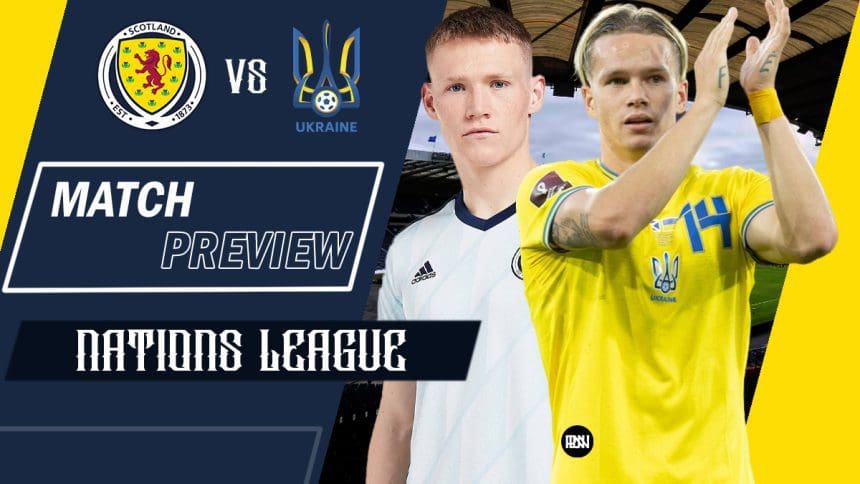 Hampden Park will play host to Ukraine for a second time this calendar year as Scotland aims to exact revenge after their disappointing 3-1 World Cup play-off semi-final defeat in June.

Both teams ultimately missed out on a plane to Qatar but will reconvene their rivalry in the UEFA Nations League as they occupy the first two spots in League B Group 1.

After the defeat to an emotionally driven and patriotic Ukraine side back in June, Steve Clarke managed to lead his Scotland side to a winning formula once again, picking up six points from their opening three group fixtures. They currently sit second in League B Group 1 of the UEFA Nations League table, one point behind Ukraine and two ahead of their British rivals Republic of Ireland, despite losing 3-0 in Dublin.

Steve Clarke’s men now face two games against Ukraine on either side of a home game against Ireland in order to qualify for the UEFA Nations League’s top flight for the first time.

Following a strong close to 2021 with six wins in a row, the Scots have only won two of their following six games, both against Armenia, and Clarke will be looking to gain some momentum heading into the latter parts of their Nations League campaign.

Ukraine, on the other hand, have endured much adversity in the last few months due to the Russian Invasion on their turf, and that response was truly evident in their superb 3-1 triumph over the Scots at Hampden Park in June, where Oleksandr Zinchenko and his team dominated their opponents from start to finish with some flowing football.

However, they narrowly missed out on a spot in Qatar for this year’s World Cup having lost to Wales in the play-off final.

Since that defeat, Oleksandr Petrakov’s team have gone through their Nations League campaign unbeaten, seeing off both Ireland and Armenia but drawing 1-1 to the former in their most recent encounter in Lodz.

However, they still sit top of the group with seven points, and will again be looking to prove their worth once again on Wednesday night amidst all the uncertainty and adversity facing the war-torn nation.

Scotland will be missing their captain Andy Robertson for each of their three games this month but will have Arsenal defender Kieran Tierney available as a quality replacement and the former Celtic man will be guaranteed a starting spot on that left flank for Steve Clarke’s men in Robertson’s absence.

The Scotland team also sees the return of Newcastle United’s Ryan Fraser who withdrew from a previous squad because of injury.

Ukraine will also have a key man out for this month’s matches as Arsenal’s Oleksandr Zinchenko who starred in their 3-1 win over the Scots in their last visit is not called up because of a recent calf injury picked up in club training.

Dynamo Kyiv midfielder Mykola Shaparenko will also be missing for the war-torn nation suffering an unfortunate ACL rupture in his club’s Europa League clash with Fenerbahce earlier this month, so joins Zinchenko on the treatment table.

Scotland will be looking to avenge their defeat to the Ukrainians when they are given another go in their UEFA Nations League encounter on Wednesday and will certainly need to perform much better and much smarter than they did in June, being outclassed and outplayed by a rejuvenated and spirited Ukraine side who will once again be up for the contest due to recent incidences with Russia.

Ukraine were totally dominant across the park in June, playing some wonderful free-flowing football with the Scots simply could not live with, leaving so much gaps for the likes of Zinchenko, Yarmolenko and Ruslan Malinovskyi to play through and exploit.

Steve Clarke’s will need to be better in their defensive shape off the ball with the Ukrainians likely to continue their possession-based style even in the absence of the metronomic Oleksandr Zinchenko, who will be a big miss for Oleksandr Petrokov and his men. However, the Ukrainians still hold a number of impressive midfield weapons in their arsenal alongside the usual threat of Yarmolenko, Yaremchuk and Tysgankov in the attack.

How Scotland look to approach this game will be interesting which means Steve Clarke will have to get his formation, team shape and starting line-up on point if the Scots are to atone for their World Cup play-off disappointment in June.

Does that mean giving McTominay a midfield role this time, with McGregor and McGinn? The Manchester United man has proven an instrumental and destructive figure alongside Christian Eriksen in Erik ten Hag’s midfield at Old Trafford so far this campaign, even keeping the world-class new capture Casemiro waiting on the wings for his chance of a regular spot.

The 25-year-old has been sensational and transformative in his new defensive midfield role and Steve Clarke must aim to utilize McTominay’s current form for the betterment of his side in the coming Nations League games. Scotland went for a 3-4-2-1 formation in that defeat in the summer, a setup which they did struggled to find a cohesive and balanced blend so it is uncertain whether Steve Clarke will look to improve on that setup or change tac this time round.

Manchester United have gone into the international break with five wins from six games in all competitions, with new manager Erik ten Hag having steadied a rocky ship after their opening defeats to both Brighton and Brentford.

A key and decisive factor in that rejuvenation has been the form, desire and performances of Scott McTominay who has as stated previously proven an instrumental and dominant figure in midfield alongside the more inventive and creative Christian Eriksen in Ten Hag’s midfield pivot.

The 25-year-old has been heavily criticised over the past year or so, due in part to the lack of solidity and positional awareness in his game that had troubled Manchester United for much of last season under Ole Gunnar Solskjaer and Ralf Rangnick, and rather the Scotsman was the unfortunate scapegoat for United’s poor midfield recruitment. However, Ten Hag has managed to address that with the additions of Eriksen and Casemiro, but McTominay has also felt like a new signing proving his doubters wrong with some stunning performances deep in midfield.

Acting as the anchor man in front of the back four, McTominay has showcased his defensive strength and intensity in recent weeks, most notably against Liverpool and Arsenal so it will certainly be wise for Steve Clarke to bring the 25-year-old back into his usual midfield role, having served as one of his three defenders in a 3-4-2-1 setup for his nation. It’s a no-brainer.

One man the Scots must be wary of is Mykhaylo Mudryk who has begun this new campaign like a house on fire for Shakhtar Donetsk, laying on five goal contributions so far both domestically and on the European front showcasing why he is amongst the most coveted young attackers on the continent right now.

The 21-year-old wing wizard was the subject of much interest this summer, especially from Premier League clubs, but hasn’t allowed all the speculation to derail his form and performance becoming a key and decisive figure for the Ukrainian giants and will almost certainly be a key player for his nation in the coming years.

He hasn’t registered a goal contribution as of yet during Ukraine’s UEFA Nations League campaign, featuring in all three games but he’s certainly made a telling contribution, averaging 2.3 key passes per game, 0.7 shots, 1 dribble as well as showcasing his defensive nous, averaging 2.3 tackles and 1.0 interception per game.

Ukraine possesses some exciting young fledgling footballers but Mudryk looks the best of the lot, and has provided his nation with something to shout and boast about amongst all the adversity in recent months. Watch out for him in the coming weeks, he is a footballing showstopper. 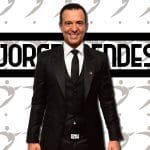 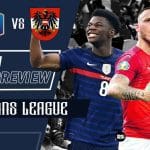