There’s been a lot of coverage recently regarding the Brazilian media’s enthusiasm for Marquinhos’ transfer from Sao Paulo to Arsenal. Following numerous rumours stating that the Gunners’ proposal had been accepted, journalist Jorge Nicola revealed yesterday quoting a source who said the move is taking place.

Sao Paulo president Julio Casares was interviewed by Sportv on Wednesday evening. He was queried about sales, and Marquinhos’ departure was also highlighted. The official revealed that the winger is leaving the club owing to a contract dispute, but he did not specify where he will go.

According to Globo Esporte, Marquinhos will join Arsenal for about €3.5 million. They point out that because of this, Paulo had to ‘accelerate’ his sale. This is because FIFA will not recognize the five-year contract he signed when he was underage. He is due to become a free agent this summer because he could only agree to a three-year contract, so the club decided to accept the Gunners’ offer rather than lose him for nothing.

This will be Arsenal’s second recent acquisition from the Brazilian market with winger Gabriel Martinelli also signed from the South American country. Mikel Arteta is building his side into a team with a blend of experience and youth. The likes of Bukayo Saka, Emile Smith Rowe, and Martin Odegaard have all flourished under the Spaniard and expectations will be very high for Marquinhos who is rated very highly among the club hierarchy.

Marquinhos is said to be in London already and have undergone his medical with a possibility of announcement down the week as Premier League comes to its conclusion.

Although this one looks like a bit different kind of an acquisition; Arsenal are trying to take advantage of a poorly negotiated contract by Sao Paulo here and Marquinhos’ imminent arrival is likely to get him involved at either Hale End or possibly send him out on loan to get much-needed experience in his legs. Edu, alongside Per Mertesacker, have keenly invested in Arsenal’s academy in the last couple of years and it looks like despite Mikel and his plans of acquisitions – the Gunners will continue to boost the pasture Hale End has always been to London Colney. 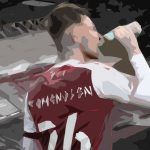 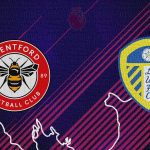