Arsenal are currently in a re-build phase under Mikel Arteta and while there have been signs of a good team in there, the overall performances have been disappointing. However, it is important to note that the players who have been instrumental in Arteta’s reign, have been the youngsters. Bukayo Saka, Emile Smith Rowe, Kieran Tierney and now Martin Odegaard- have all flourished under the Spaniard’s tutelage and perhaps Arsenal just need a young vibrant team for Mikel Arteta to succeed and they are in the course of building one, courtesy of which, Ryan Gravenberch, Ajax starlet, has been identified as a priority signing this summer.

WHY CLUBS AROUND EUROPE BEEN INTRIGUED BY RYAN GRAVENBERCH?

Ryan Gravenberch, 18, is a product of the AW Zeeburgia Youth set up, who was then brought to the Ajax youth academy at just 8 years old in 2010. His development since then has been massive, as he has already made 24 appearances for the senior team this season. A central midfielder by trade and the heir to Frenkie de Jong, Gravenberch has certainly impressed the tactical eye in and around Europe.

At 6″2, it is astounding to see how the Dutchman glides over the pitch with such ease and comfort with the ball at his feet. There is a sense of calm, poise and maturity in the way Gravenberch passes the ball around and his understanding of space around a football pitch.

“You watch the game, you don’t see Busquets. You watch Busquets, you see the whole game.”– Former Spain manager, Vincente Del Bosque made this infamous quote when his Spanish side won the Euros in 2012, only 2 years after they had won the World Cup in 2010. However, this is the kind of impact Ryan Gravenberch is starting to make at Ajax and while he shows a lot of attacking intents in his game, the midfielder does not shy away from a defensive duel, and with his build, why would he?

Progressive passing is one of the highlights of Gravenberch’s style of play and it is through this method, that he has generated 8 goal involvements for his team this season. Gravenberch also excels at dribbling the ball out of danger, while he also knows when to hold and the right time to release the ball, an element most Ajax midfielders are taught in the youth set-up. Passing with a purpose is an essential quality and Gravenberch has always tried to play with that ideology.

Breaking the lines, finding spaces between the midfield line, crisp one-two passing- all techniques the 18-year-old is comfortable executing and to top this up, the Dutchman rarely gets tired, as he does not think twice before closing down an attacker and retaining the ball, regardless of the time on the clock. Coming in between the two center-backs to outplay the press or finding spaces in the center of the park to start a swift two-touch counter-attack, it is the unique sense of guile coupled with intelligence that makes Gravenberch a player to watch.

However, his development and his current exuberant style of play are possible only because of the freedom provided to him by Ajax manager, Erik Ten Hag, who believes that the only way is forward in a game of football. However, this may not hold true for all managers at all clubs.

While Thomas Partey may not have been the resounding success story most Arsenal fans believed he would be when they bought him on deadline day in October for a fee of 45 million pounds, he has plugged a lot of gaps and Granit Xhaka looks much more comfortable around him. However, Granit Xhaka should not be the bar or ceiling for the midfield line at Arsenal, who have previously experienced the likes of Patrick Viera, Emmanuel Petit, Cesc Fabregas and Santi Cazorla at the club.

If Mikel Arteta is going to complete a re-build at Arsenal, it will only work when he brings in more and more youth into this team, and in Ryan Gravenberch, Arsenal may be buying one of the best teenagers in Europe.

Mikel Arteta’s side have often been found guilty of not protecting their center-backs enough and while this is partly down to the low quality of center-backs, the central midfielders could surely do more. Every big team in the Premier League currently have either 3 central midfielders besides Chelsea, who used a double pivot in midfield but they are supported by their wingbacks in breaking up the play quickly.

Arteta needs to have a plan in mind about how he wants to set his team up next season and Ryan Gravenberch could play an important part in it if the Dutchman is eventually convinced about the plan at Arsenal. Understanding of space, finding passes between the lines and breaking up play quickly is essential to Arteta’s game plan, and Gravenberch could certainly satisfy every single aspect, while also be the perfect fit for Thomas Partey in midfield, as the two can be crucial to tick this Arsenal team in the right direction towards the inevitable re-build Mikel Arteta has been wanting for a while.

However, Mikel Arteta might not provide the Dutchman with the same freedom on the pitch and this could bring about discrepancies in their midfield and not showcase Gravenberch’s qualities in the best possible way. This is an important factor that must be considered before bringing in the Dutchman.

The 18-year-old signed a contract extension with the Amsterdam side less than a year ago which keeps him committed to the club until June 2023, but if Arsenal comes in with an offer above 45 million pounds, Ajax might just cash in on the youngster, as they know how hard it would be to generate that kind of money a year later when the youngster would only have a year remaining on his contract.

While Ryan Gravenberch will be the master of his career path, it is Mikel Arteta who will have to evaluate how he wants his teams to play from next season, and getting Gravenberch in would be a progressive statement, but only time will tell if Mikel Arteta is brave enough to take such a style-orienting decision, which could eventually decide his tenure at Arsenal. 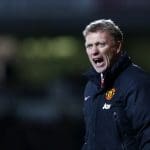 Where are they now? David Moyes’ first Manchester United starting XI
Next Article 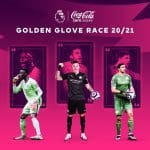 Who will win the Premier League Golden Glove this season?
Leave a comment