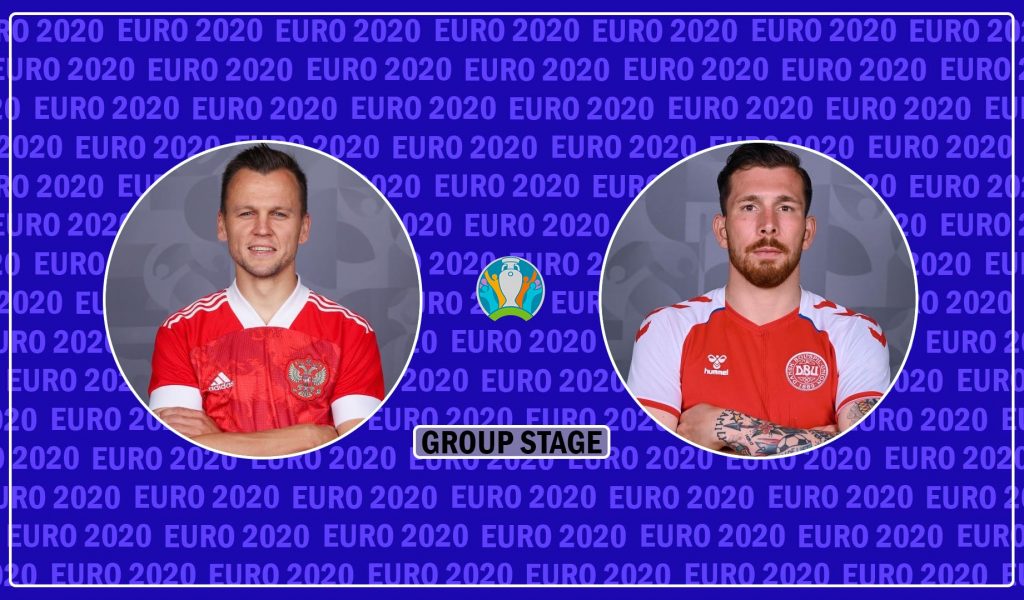 It’s the final gameweek in the UEFA Euro 2020 group stages and most of the groups are set up for an exciting finale. Group B has one such finale with Russia and Finland battling it out for the second spot in the group. Russia faces Denmark and Finland take on the already-qualified Belgium. With both matches having kickoff at the same time, all eyes will be on both games to see how it pans out. Russia are favourites to take the second spot as they take on a dejected Denmark side who, amazingly after 2 defeats, still have a chance of getting to the knockout stages if they qualify third.

The Russians come into this fixture on the back of a narrow 1-0 win against Finland, that gave them their first points of the competition. Russia are currently second in the group, although Finland have the same number of points, thanks to a better head to head record. A win against Denmark will see them guarantee a knockout round place, regardless of Finland’s result against Belgium. It was a comfortable win last time out for the Russians, and they will be hoping to continue that form against Denmark on Monday night.

Stanislav Cherchesov will not have been overly impressed with his team’s performance as they failed to take their chances early on and put the game to bed. Although Russia had less of the possession, Finland did not offer much threat, but Cherchesov will be wary of taking the Danes too lightly.

Denmark have had a disappointing campaign with 2 defeats which has been overshadowed by the heart-wrenching collapse of midfielder Christian Eriksen, which brought the footballing world to a standstill. Perhaps their campaign could have been much different without that incident or if they weren’t allegedly forced to play just moments after Eriksen’s collapse. Nevertheless, the Danish team won the hearts of everyone around the world with their courage. They still have a chance of qualifying for the round of 16, provided they pull off a win against favourites Russia by two or more goals and Finland lose against Belgium.

It is a slim chance, but stranger things have happened in football before. Denmark were leading after just 2 minutes against Belgium last time out, however, the Red Devils had too much quality and talent and overcame the Danish resistance to get a 2-1 win. Almost everyone now has a soft corner for this Denmark team and will surely be delighted if they were to progress to the next round on Monday night.

Russian right wing-back Mario Fernandes left the field on a stretcher in the Finland game, and is a doubt for the Denmark game and is unlikely to feature on Monday. Barring Fernandes, coach Stanislav Cherchesov could field the same XI as he did in the previous match. There are no other injury concerns for the Russians.

Denmark will be without midfielder Christian Eriksen who has been discharged from the hospital and has been fitted with a defibrillator. With Denmark needing a victory with two or more goals to stand a chance of progressing, coach Kasper Hjulmand could start with an attacking lineup on Monday. There are no fresh injury concerns in the Denmark squad either.

He gave Denmark the lead just 2 minutes in against Belgium and could be on target yet again on Monday. Yussuf Poulsen was in fine form for his club and showed some of that quality against a largely superior Belgium side. Poulsen has the ability to be a nuisance to opposition defence and can get into spaces that can hurt defenders. Expect him to be the main man against Russia, and he will hope to be the one to fire his country to an unlikely knockout spot.