Arsenal are reportedly closing in on the signature of goalkeeper Runar Alex Runarsson from French side Dijon.

Reports claim that the shot stopper is undergoing his medical checks ahead of completing his potential move to the Emirates Stadium.

The north London side are understood to be wanting the deal to be completed as soon as possible, and possibly have the player available for their next league game.

Personal terms between Arsenal and Runarson is said to not be a problem and is close to being finalise as the goalkeeper close in on a move to Mikel Arteta’s team.

Matt Macey is expected to be on the bench for Saturday’s game against West Ham United should the deal for the 25-year-old not be completed by midday of Friday. Macey is also reported to be considering his future at the club and Arsenal are expected to allow him to leave once the Runarsson deal is confirmed.

Breaking | Arsenal have struck a €2m deal with Dijon to sign goalkeeper Rúnar Alex Rúnarsson, who will sign a 5-year contract with the Gunners. Medical will be done in two stages, 1st part begins in Dijon today, then more examinations in Paris. (RMC)

Arsenal have been in search of new goalkeeper after losing Emiliano Martinez to Aston Villa earlier this week with the player leaving Arsenal after 10 years at the Emirates Stadium.

Runarsson had made 36 appearances for Dijon in the French top flight and has conceded 61 goals during that period. He has already worked with Arsenal’s current goalkeeper coach, Inaki Cana, at Danish side Nordsjaelland.

The goalkeeper has won five caps with the Iceland national team and was included in their squad at the World Cup in 2014.

He will serve as a back up to Germany international Bernd Leno should his deal be completed.

The Telegraph also claims that Arsenal are still open to signing Brentford goalkeeper David Raya, even though Runarsson is on the verge of joining the club this summer.

And should they sign the Bees keeper, they will allow him to continue the 2020/21 campaign with his current side. 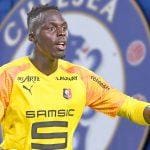 Edouard Mendy: Chelsea’s Transfer Business getting a setback?
Next Article 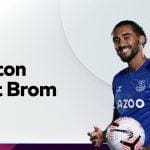