Thomas Tuchel and Chelsea look like a match in heaven. The way Chelsea are performing this season, it never looks that they got a new manager on board just months back. Under Tuchel Chelsea are currently playing the semis of Champions League, have booked a place in finals of League Cup, and are placed in top 4 in the league.

But Chelsea’s first leg against Spanish Giant Real Madrid in the UCL semi-finals has made it clear that Chelsea are in dire need of a finisher upfront. Chelsea with the great play in midfield dominated the first half of the game and had opportunities to score at least 2 or 3 goals past Thibaut Courtois to take up a stronghold on the tie. But Werner missed a sitter and other attackers except Pulisic were not able to test the Madrid keeper.

Since the tie, reports of Chelsea pursuing a striker have been all over. They do have a list of players with Erling Haaland and Romelu Lukaku on the top. But pursuing the services of before mentioned Norwegian will be very difficult considering the financial aspect involved and thus Romelu Lukaku looks like the most achievable of the targets.

Why Lukaku is the Best Choice?

The 27-year-old Belgian striker has been at his absolute best for Inter at Serie A where he is the second-highest scorer this season just behind Christiano Ronaldo. Lukaku is leading Inter to their first Italian League title after years. He will be looking to make comeback to England and to his previous club at Chelsea. He has been a Didier Drogba fan since childhood and a sensational return to the Bridge will help him follow the steps of his idol.

Chelsea who looks in pole position for earning a Champions League spot for the next season and also having good chances to win in this year’s competition have prepared a £90 million offer for the Belgian. Chelsea’s attacking inability can be highlighted by the fact that despite performing so well in all competitions, they do not have a single player who has scored even 15 goals this season. They just average 2 goals per match with no player close to even 1.5 shots attempted per 90.

As Chelsea hopes to see Werner improve in the next season, they are looking for a striker upfront with him who can put in clinical finishes. Also with Olivier Giroud leaving certainly after the season and news of Tammy Abraham being up for sale will make up a lot of space for a striker and they want to go all out to find a suitable one.

Romelu Lukaku perfectly fits in as he is a proven finisher of the ball with a massive average of 4.27 shots per 90. He has consistently scored 20 goals every season and can be an assurance of 25+ goals if perfect balls are supplied to him. He has the experience of playing with another striker up top in form of Martinez at Inter and thus could benefit to get the best out of Timo Werner at Chelsea. Tuchel will also love him with his physical presence in the box, a trait that Timo Werner and Kai Havertz do lack. He could be the perfect man to supply inch-perfect crosses by both Reece James and Hakim Ziyech.

Also, Tuchel loves his striker to be good with the ball at the feet and supply good passes in the final third. Lukaku with already 48 chances created this season definitely ticks this box as well.

Definitely, Lukaku looks the better option than Haaland as signing a striker in his prime than a young prospect that too at half the price will always be the better deal. Lukaku is also Premier League proven and thus would not take much time to adapt as most of Chelsea’s last season’s signings did. But the ball will be in the court of Lukaku and Inter who would not let their star man leave. Inter’s manager, Antonio Conte, who already has sour relations with the Chelsea board, would not let Belgian leave easily considering the fact that he will be pushing for Champions League glory next season with his Inter squad after winning the Italian League this season. 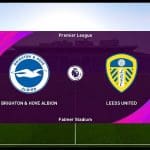 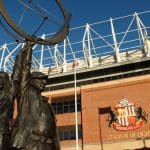