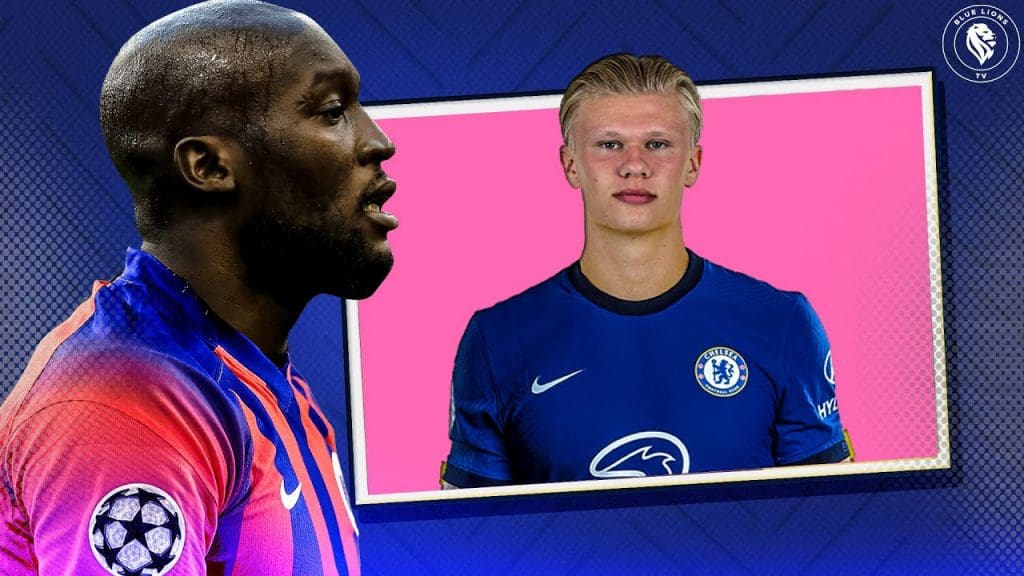 Chelsea are planning to big yet again in the transfer market and this time they eye a striker to better their off-late poor conversion rate. Roman Abramovich is keen to strengthen the striker position and Erling Haaland is his priority for the same. But they will face fierce competition for his signature and also will have to think twice before spending a hefty amount which is reportedly close to £154 million.

A battle against other European giants cannot be considered a win till the very last day and thus planning back-ups is the smartest move. Now Chelsea have set their radar on ex-Stamford Bridge player, Romelu Lukaku. The Belgian international joined Chelsea in 2011 at the age of 18 but was not able to impress any of the managers at Stamford Bridge. He was close to a return to Chelsea in 2017 when Chelsea under Conte opted for Morata and the big Belgian moved to Old Trafford. But Chelsea eye a sensational return for the now 27 years-old.

Since Tuchel arrived at Chelsea, the team has been unbeaten in 14 consecutive matches with 12 clean sheets but have not been clinical on the other half of the pitch and miss a clinical player in the final third. They lack a poacher who can convert chances and simultaneously create for others upfront. To their aid can be Romelu Lukaku, who this season has 32 goal contributions in 34 games for Inter. This is very near to Haaland’s 33 goals in 31 games.

Romelu Lukaku is a very physical player who can benefit up top with Timo Werner as Timo’s best game is seen alongside a strong and physical character like Lukaku. Next season everyone expects Timo to finally fire and if he gets support from a personality like Lukaku, he will be unstoppable. Tuchel himself is an admirer of ‘Belgian Brigade’ and has requested the board to acquire his services if the deal for Haaland collapses.

Can the deal go through?

There have been reports of financial difficulties at Inter and they are looking to offload either Lukaku or his attacking partner, Lautaro Martinez. They have even set a price tag of £80 million for Lukaku whom they would replace with Aguero. This seems to be a very bright opportunity for London Blues as they could get a PL proven striker during his prime. The price is half that of Haaland and Roman will look to cash it in at the right time.

But Chelsea’s sour relations with current Inter manager, Antonio Conte will be a very big hurdle as the Blues had to settle in court with their former manager as they had a clash after the sacking of the Italian. Conte would not let go of his key player easily to Stamford Bridge. Negotiations will be a tough ask with Inter and thus hesitance could be there by the Chelsea board.

We at premierleaguenewsnow see this move even as a blessing in disguise for Chelsea if they fail to land Haaland in London as Lukaku is a proven striker and an instant solution to Chelsea’s attacking woes whereas Haaland will have to adapt to the physicality of the Premier League.